The City of Mesquite, NV, is asking for comments about the potential financial impacts of a city ordinance banning smoking in Mesquite.

The City Council is required by law to conduct a financial impact study on the local government as a prelude to voting on the Mesquite Clean Air Initiative.

While such a study is required by law, it would be unnecessary if the City 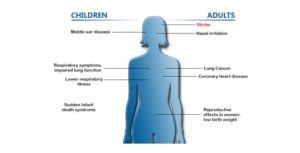 Council recognized that the right to health is the economic, social and cultural right to a universal minimum standard of health to which all people are entitled.

Since the study is required it should be done correctly. Any study done by City employees the  Mayor or the City Council will be suspect.

Biases are held on both sides of this issue. Therefore, it is critical that the city contract with a social scientist versed in the complex art of social research. It is my understanding that Mayor Al Litman holds a Ph.D. in Psychology. If so, he knows the difference between a social research statistical study done well and one done as a political effort to justify a pre-conceived opinion.

A social researcher understands that there are many variables involved in determining the fiscal impact of this issue on the city such as, but not limited to, health, welfare, and marketing Mesquite as a smoke-free community.

It is important that such a study avoid statistical errors that can be, and will be easily refuted.

Avoid comparing revenues before and after a ban during short time periods or making, unverifiable assumptions either pro or con.

Do research the available literature and ensure proper random data collection methods across the range of variables in the study. Ensure that the statistical analysis is done correctly and the results statistically verifiable.  Have the methodology and results peer-reviewed.

Businesses, residents and interested parties can provide comments about potential financial changes to the taxes and fees paid to the City of Mesquite through this online form.

Parties interested in providing general comments about the Initiative can use this online form.

Comments submitted before June 6 will be included in the published packet for the June 13 City Council meeting. Comments received on or after June 6 will not be in the packet but will be presented at the June 13 meeting for inclusion in the public record.

Here We Go Again: A Guide to Unspinning the Spin on Trump’s Race-baiting

Over the weekend, President Donald Trump (once again) made headlines with his penchant for bigotry, demagoguery, and endless pursuit of money and power. Thanks to the U.S. Supreme Court's Republican-a
Read More

Impeachment Update: Why Does This Matter?