This Week in Corona Scams, Merck announced a potential breakthrough on a new oral antiviral medication for COVID-19 treatment. While medical science experts cautiously welcomed this promising news, “Corona Scammers” immediately took to Facebook, Instagram, TikTok, YouTube, and other social media platforms to spin this news to make it fit into their anti-vaccine and pro-snake oil shilling routines. So what’s the real deal with molnupiravir, how does it fit into the ongoing online flame wars over ivermectin, and how does this fit into our ongoing efforts to get more Americans vaccinated?

Also: Facebook themselves landed on the hot seat due to another explosive whistleblower expose and the curious case of their October 4 system outage. Why does one “Big Tech” company play such an outsized role in determining our public health and economic success?

WARNING: Later in this story, we will touch upon some sensitive topics, including child abuse and suicide. Reader discretion is advised.

What’s the deal with molnupiravir?

As we noted last week, Merck’s and Ridgeback Biotherapeutics’ new antiviral drug molnupiravir offers some promising initial results, and Merck has since requested FDA approval for it. If molnupiravir also provides good results following independent scientific peer review, this will mean that we’ll finally have a more readily accessible treatment on hand to prevent the level of severe disease that can lead to hospitalization and death. However like the monoclonal antibody therapy (such as that offered by Regeneron) that briefly became all the rage in red states with Republican politicians who still don’t want to encourage more vaccinations, molnupiravir is quite expensive at $700 per treatment, and it will require early detection and intervention should it prove to be an effective COVID-19 treatment.

So how does molnupiravir work? It alters the SARS-CoV-2 virus’ reproduction cycle by tricking the virus into changing its RNA coding in a way that inhibits its viral replication capability. More specifically, molnupiravir induces a mechanism known as lethal mutagenesis where an unbearably high mutation rate kills off an organism such as a virus where no genetic “master copy” is preserved.

Due to molnupiravir’s utilization of lethal mutagenesis to knock out COVID-19 in a patient, researchers are taking extra precaution in advising patients to abstain from sex or use contraception in order to prevent possible pregancy complications and birth defects. Otherwise, thus far we have yet to find evidence that molnupiravir somehow alters patients’ own genetic codes or causes other major health problems.

Merck may be behind molnupiravir and ivermectin, but that’s pretty much where their similarities end.

One would think that Merck’s own statement discouraging the misuse of its anti-parasitic drug ivermectin on COVID-19 patients would dissuade people from doing just that. Instead, anti-vaccine activists and far-right “bad faith actors” are going into overdrive to spread even more baseless conspiracy theories about Merck, ivermectin, molnupiravir, “lockdowns”, and the COVID-19 vaccines. Even as news stories continue to pile up on the real human casualties of this “ivermectin-mania” false hope, “ivermectin-mania” has become yet another partisan polarized political litmus test that further complicates America’s COVID-19 public health recovery efforts. Now that the same company that produces ivermectin is also behind molnupiravir, “Corona Scammers” have jumped to accuse Merck and the U.S. government of some sort of “cover-up” in order to allegedly maximize Merck’s profits and justify denying ivermectin to patients in need.

In our “Web of Hate” 9/11 retrospective, we examined how the U.S. government’s lies and the political power plays following the September 11, 2001, terrorist attack – lies about everything from the rationale for war in Afghanistan to the alleged case for war in Iraq – poisoned the well of public trust so severely that a growing number of Americans have come to distrust the entire “establishment” by default. “Corona Scammers” have taken full advantage of America’s increasingly intrinsic culture of distrust by deploying the seemingly “populist” talking points on “Big Pharma Greed!”, “Big Government Corruption!”, and “Big Media Lies!” to foment opposition to public health efforts to contain COVID-19, and now to galvanize opposition to the COVID-19 vaccines.

Why do entertainers bounce from EMFs to trans bigotry to COVID minimization to lab leaks to vaccine disinfo? Because it’s not about the content. It’s about stories, delivery, histrionics, behaviour, and algorithmic gamification. /2

In previous editions of this series, we examined the overwhelming lack of legitimate scientific evidence to corroborate claims of ivermectin curing, treating, or preventing COVID-19. Contrary to the “alt-right intellectual dark web” and their celebrity allies like Bill Maher and Joe Rogan, we still have a glaring lack of scientific evidence proving that ivermectin works against COVID-19. This has nothing to do with Merck’s business strategy, Merck’s patent holdings, or any alleged “cover-up” on the part of Merck and/or the U.S. government. We’re just looking at the actual science here.

The great irony here is that for all the anti-vaxxers’ supposedly “populist” arguments against the COVID-19 vaccines, against molnupiravir, for ivermectin, and for similarly disproven “alternative medicine”, they’re the ones who benefit greatly from corporate greed, our broken health care system, and the financialization of our economy.

Why must we still talk about ivermectin? Check Facebook. Go ahead. We’ll be waiting here.

Last week, Capitol Hill went wild over another whistleblower calling out Facebook’s predatory business model. Following her bombshell interview with CBS News’ 60 Minutes, data scientist Frances Haugen testified to Congress about the evidence she documented while working at Facebook – evidence detailing Facebook’s complicity in the Myanmar government’s 2016-17 genocide operation targeting Rohingya Muslims, Facebook’s refusal to consistently stop the spread of anti-democracy disinformation and misinformation here in the U.S. and around the world, and Facebook’s refusal to fix the Instagram algorithms that promote body dysmorphia, depression, and suicide among teen girls.

Thanks to a growing chorus of whistleblowers, as well as select journalists like The Guardian’s Carole Cadwalladr who have kept very close watch of the “Big Tech” social media behemoth, we’ve known plenty for some time about how dangerous Facebook’s business model truly is. In the Philippines, President Rodrigo Duterte’s increasingly authoritarian regime has utilized Facebook to spread propaganda and target critics. In the U.K., foreign and domestic “bad actors” utilized Facebook to interfere and ultimately affect the outcome of the 2016 Brexit referendum that initiated Britain’s withdrawal from the European Union. And in the ultimate anti-climatic plot twist, many of the same “bad actors” from Brexit also used Facebook to interfere and ultimately affect the outcome of our own 2016 presidential election.

The Guardian's @carolecadwalla tells NBC's @GeoffRBennett Facebook is trapped in a "cycle of denials" and founder Mark Zuckerberg only proved the whistleblower's claims. pic.twitter.com/aOo33igTuU

As we return to matters of public health, we should not ignore Facebook’s role in spreading medical misinformation and disinformation. Before COVID-19 hit, anti-vaccine activists were already using Facebook to spread propaganda and recruit new devotees. Just two years after Facebook publicly promised to “deprioritize” health misinformation on its algorithms, Facebook has provided key organizing hubs for anti-vaccine activists to not only spread lies about the COVID-19 vaccines, but also to promote and distribute ivermectin as their preferred COVID-19 (false) “cure”.

Even though Facebook has promised to “remove misinformation when public health authorities conclude that the information is false and likely to contribute to imminent violence or physical harm”, anti-vaccine and pro-ivermectin groups continue to flourish there.

I lost count of how many people joked on Monday about how many people could finally get vaccinated and how much better the world could become. This was during the roughly five-hour outage that took down Facebook’s mothership platform, Instagram, WhatsApp, and Facebook’s other apps. Yet while Twitter pundits laughed about the Facebook outage, we were in for some very dangerous repercussions had the outage dragged on.

With about two billion active users, WhatsApp is the world’s busiest internet messaging app. WhatsApp has particularly become a critical communications tool in developing nations where WhatsApp has become essential for health care, business operations, and even government functions. Even when we return to our country, scores of small businesses suffered severe losses in (possibly as much as $100 million worth of) sales revenue due to the Facebook outage taking down Instagram and other Facebook-owned apps. These small business owners increasingly feel trapped, yet some don’t have the bandwidth (sometimes, literally) to invest more in their own respective websites and/or develop larger profiles on other social media platforms.

As much as we love to mock “Corona Scammers” like “BS Beads”, get-rich-quick gurus, and MLM uplines who use and abuse Facebook’s social media platforms to swindle their victims, we should keep in mind that many more legitimate businesses rely on Facebook to build and maintain relationships with their customers. For them, it may not be as easy as “logging off” and “getting a life”. When one “Big Tech” social media giant becomes such a critical economic lifeblood, we have to ask ourselves: Why did we even let this happen in the first place?

The Influencer Infodemic won’t heal itself.

This is not about singling out Facebook and blaming them for all our societal ills. As we’ve previously covered in these pages, YouTube, TikTok, Reddit, and Twitter have also allowed a disturbing amount of misinformation and disinformation to flow throughout their respective platforms. And before anyone starts to accuse us of “censorship!”, keep in mind that these “Big Tech” social media operators choose to amplify this disinformation by setting up their algorithms in a way that rewards lies and suppresses the truth.

As we regularly say around these parts, public health and economic well-being go hand-in-hand. The recent Facebook news provides another angle by which to view this dynamic. Unless and until we finally address and work to correct these systemic inequities that encourage a tiny handful of corporate titans to concentrate so much power over our daily lives and our overall economy, we will still have to worry about how the Influencer Infodemic will hamper our ability to take on the next pandemic.

The cover photo was taken by me. 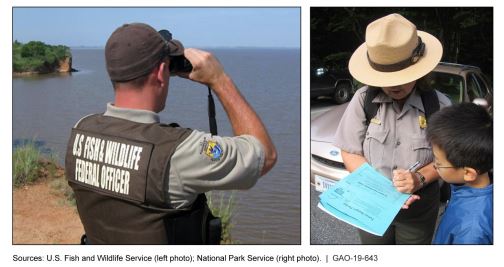 Today the Electoral College formally met to officially select the next President of the United States, and their selection mirrored the popular vote results in each of the 50 states and D.C. In yet an
Read More

Culinary Union and Fellow UNITE HERE Unions to Casinos: “Don’t Leave Us Behind.”

During a conference call with reporters this morning, leaders and members from the Culinary Union and other UNITE HERE unions in major gaming destinations called out major casino companies for sitting
Read More