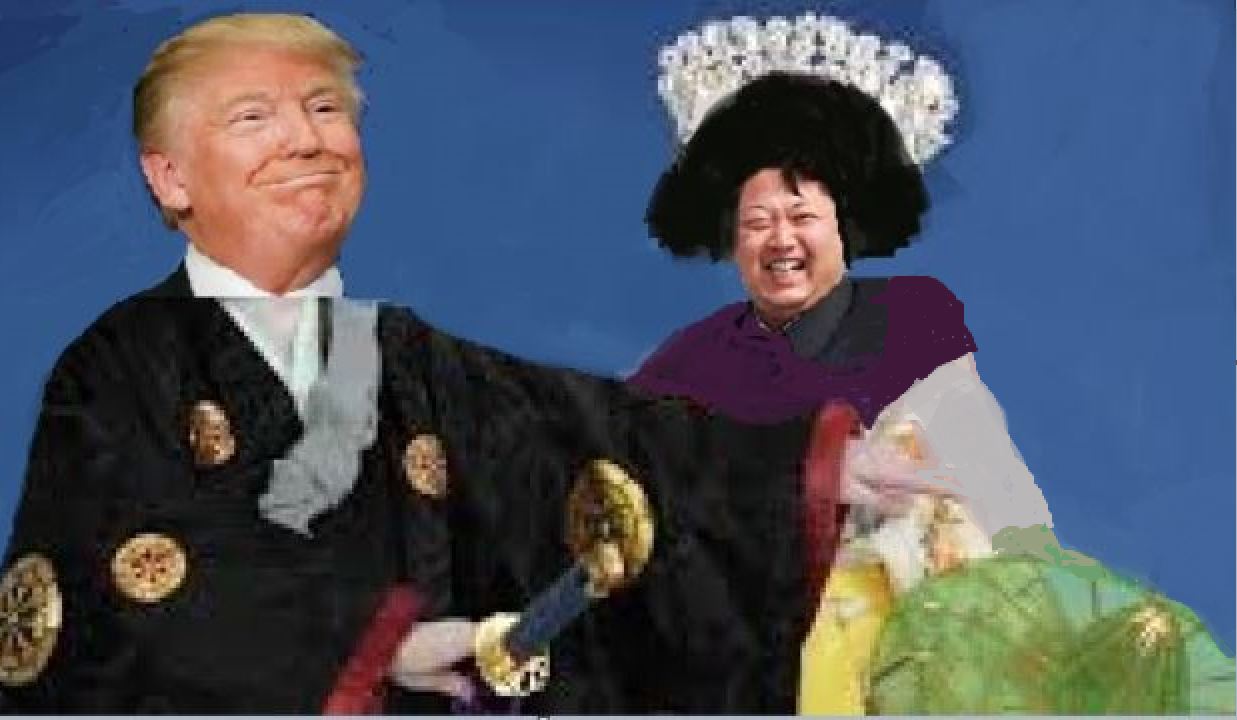 The Kabuki dance going on between Donald Trump and Kim Jong-un is a self-defeating exercise based on deceit and distrust. Even if the two meet and some agreements are reached, they will erode over time.

People lie.  Maybe politicians lie more than anyone else. But Donald Trump holds a record.

PolitiFact reports that 84 % of the time, Trump is spouting half-truths to pants-on-fire lies.

A great man? What is he? . . . . He rather lies than tells the truth; It requires more spirit and well.  There is a solitude within him that is inaccessible to praise or blame, his own justice that is beyond the appeal.  Friedrich Nietzsche. The Will to Power

Lee Ae-ran, who fled North Korea with her family in 1997, knows the Kim’s. “The Kim family have never told the truth in the past – to their own people or to other governments when they negotiate – so does anyone think they are telling the truth now”? [i]

Lying is a form of game theory that both Trump and Kim have mastered.  These two liars exchange information that each thinks is important to the other. Each actor considers that their lie will influence the other to act in a certain way.

The game the two liars play provides programming material for Fox News and conspiracy theorists who form the basis of Trumps’ base. However, no rational person should trust Trump or Kim. Both attempt to control the other and their misguided followers through the use of propaganda and fear.

Supporters of either Trump or Kim or both fall back on self-deception to survive and prove their allegiance. Trust in both Pyongyang and the White House is based upon personal loyalty enforced by fear, oaths of allegiance and secrecy. Punishment for members who stray means public humiliation and loss of a prestigious job. In North Korea, depending on the offense, may mean imprisonment and eventual death.

Trumps’ purpose for meeting with Kim is simple. He wants his supporters to chant “peace prize” at his rallies. Kim wants legitimacy from a meeting even if it is with a morally challenged president of the United States.

Trumps’ approach to governance has badly damaged our relations with governmental leaders in Canada, Mexico, Europe and the far east. No responsible western leader has ever trusted the Kim family in North Korea.

Trust requires clear communication and close attention to virtues. It takes years to build, and neither Trump or Kim has such a history.

With apologies to Nietzsche, neither Trump or Kim are great men.

The Road from Damascus, the Express Lane to Moscow, and the Detour in Prague: Notes on the Many Twists and Turns in Trumpland

As the White House continued to drown in controversy and scandal, President Donald Trump finally decided to take another round of military action in Syria Friday night. What exactly did Trump mean whe
Read More

Divisions Within Parties–We Need Them Back

By Terry Donnelly I am amused by the spinning and deflecting of Republican officials regarding the election of Democrat Conor Lamb to Pennsylvania’s 18th Congressional District seat. Lamb won the nar
Read More

“Where We Live”: A Conversation with Wendy and JH Williams on Life in Las Vegas After 1 October

There was once a time when outsiders would look into Las Vegas and conclude that “it’s not a real city” because “there’s no real community”. Hell, many outsiders still try to say that about our town.
Read More