“That platte was a tricky old river, wasn’t it?  John said as he rested after the evening meal.

John looked at the children

“We didn’t have to leave any of them back there either did we”?

Susan shook her head and looked far out and away. She remembered the littlest grave of them all far back there among the road side in the desolate prairie.  And the grave of the young man whom never had a chance to make a stake. Yes, they had much for which to give thanks.

John awoke slowly in the morning even though the sun was shining brightly.  After moving around for a while, he knew once more that the Carson River was real and the trees and the mountains were real and that California was close, but something was wrong.  Then he came wide awake and knew what was wrong. His Oxen were gone.

John’s only consolation was to know that it had not been from any carelessness on his part. This had happened to many others.  Thieves were there in waiting.  Thieves who stole the best animals.  Men had told John that sometimes thieves brought the stolen animals out and resold them after their owners had found a way to travel on.  But how could John and Susan move on when they had such little money left?  With six children they could not try to travel on foot.  No wonder the Pioneers’ hanged horse thieves.  With the means of travel taken away what could he do?  He was stranded.

When a man was stranded with his family, in a place like Rag Town[i] what could he do?  There was no employment.  Food was getting low.  Money was short.

The gleaming water of the Carson River might as well have been a mirage.  It mocked at them.  It would have been less cruel if they had died back there in the blazing sun of the desert, John thought.  What good was the water now?  It was even more heart breaking to know that California with its gold was so near.  John looked over at Susan.  She was standing silently beside the covered wagon.

She did not replay but stared before her.

“Why we might as well have died in the blazing sun two or three hundred miles back there!”  He said, eyes lighting strangely. “Blazing sun?”  Something seemed to snap inside him.

“The sun, Susan!” He said. “That’s the way out. We can all lie out there in the sun, and it will kill us, as it has been trying to kill us.  We needn’t drink any water but lie out there, and we will all die of sunstroke!”

He threw himself down on the ground, and dry sobs shook him.

“Come on!” He called to the others.

“Stay in the shade,” Susan snapped at the children.

She looked at John.

“We are not going to die in the sun!” She said.

John sat up and sighed.

“Well I don’t know that I care about it myself!”  John said.

A whimsical smile began to play over his face.  He never got far away from laughter, even when things were darkest.  He stiffly got up to his feet and looked around at what was left of their equipment.  He began to clear the camp and move things over to a shadier site.

“If we have to stay here, we might as well have a comfortable camp!” he said.

“Father, what we gonna eat, when we got nothin more to eat?” Rob asked.

“You can gather some wood, Rob, so that we can boil the water.”

They both laughed.  John looked over at Susan.  She stood beside the wagon in silence.  Her eyes were staring as if she were in a kind of in a trance.  Suddenly she started up, as if she had returned from some distant place. She began to give orders rapidly to Nancy.

“Keep the children in the shade of the wagon, Nancy! Don’t let them go over by the river.  Give them water if they get thirsty. Give them bread when they get hungry!”  She said.

She pulled her sunbonnet down over her eyes and started off down the road., as if time counted above everything else.

“Where are you going?” John called after her.

And she didn’t.   All she knew was that she must go down that road and she must hurry, HURRY!  Time counted!

He did not reply but stared after Susan in a kind of puzzled way.           Jane came and stood close to Nancy and said:

“Maybe mother sees the oxen and will bring our oxen back with her.”

The road down which Susan went was desolate.  She did not know where the road led, if you could call it a road.  It was more like a wide trail, littered with rubbish from the many travelers who had passed this way.  Papers, cast-off rotting clothing, tin cans, bottles but no houses. No people.  Truly she did not know where she was going, but something led her down that way.  A Quaker might have said the “Spirit moved” her.  A spiritualist might have said she was “guided!”  Mother was a Quaker with strong leanings to spiritualism.

As she went along that dusty way she heard a groan, but she saw no one.  She stopped, looked around, no sign of a camp anywhere, but she heard that groan once more.  She had heard that sound before.  Someone was in extreme agony not far away.

She had heard that sound come from the dying, when the plague swept their city and neighbors had come to call for help.

Over the rim of the hill, she now noticed the top of a tent.  She went nearer, and the groans became louder and more agonized.

She walked quickly to the entrance of the camp and looked in. A man was writhing on some blankets on the ground.

“You can’t help me! I am dying! My partner just died. You will die too!”  He moaned.

For her answer she stepped inside and began to work over the sick man.  Forgotten were her own troubles.  Here was someone dying and alone while she had her husband and children. She took off her sunbonnet, rolled up her sleeves, set to work, with the crude means at hand to give first aid.

There was a small camp stove and some firewood.  Nancy said, later, that she did not know what method of treatment her mother used, but she thought one of the things she did was to put packs of hot salt over the abdomen.

Nancy said that the neighbors used to come for her mother to help them when the plague swept through Louisville.  Some had been given up by the doctors. Whatever she did, she helped the man and he became easier.  This enabled her to rush back to their camp for medicine.  She did not go near the children but gave instructions to John for cooking and taking care of things until she returned.

He knew it was no use to caution her of the risk she was taking and the danger.  She might bring the sickness back to the children.  When she set out to save a life, nothing could stop her. She always changed all her clothing and bathed herself before going near them after she had been attending the sick.  If she had lived in this day she might have been a great doctor.

She now gave orders to John to have plenty of water ready for her and a change of clothing.  Before she left the sick man that day, she cleaned up the camp, fixed medicine and made things handy for him, so that he could wait on himself through the night.  She did not leave him until she felt that he would be able to help himself.  She promised to return early the next morning, which she did.

The man’s name was Smith.  He told her his ‘partner had died of the cholera and then he had been taken down.  He said one or two men had passed by but when they found out he had the cholera, they had hurried away in terror of getting it too.  From that time Susan, started caring for Mr. Smith, he grew better and when he was out of danger, John moved his camp nearer to theirs so that Susan would not have so far to go.  They burned some of his stuff, and washed everything else.  Mr. Smith continued to grow stronger.

Among Mr. Smiths stock of supplies, Susan noticed he had a sack of dried apples that had never been opened.  She asked him if he cared to sell any of the Apples.  He said anything he had was for sale but not to her.  He said she could have the apples for a gift.

She refused to take them unless he would let her pay something for them, which she did.  She then put the apples to soak, rendered out some fat bacon for shortening and began to make apple pies.  She had John pull their wagon up nearer the road, and take a plank from the bed of the wagon and fasten it on to the tongue of the wagon.  She then lined her steaming pies along this make-shift counter.  Rob got a board and wrote on it with charcoal in large black letters:

Wagons began pulling up at once.  Everybody was laughing. The pies sold faster than Susan could bake them and the once flattened purse bean to bulge once more.  Some men said they hadn’t seen a pie in years.  They threw down nuggets and gold dust far in excess of the price asked for the pies ,and refused to take change.  One customer especially paid with great generosity but made one request: that the little girl hand him the pies.  He pointed to Nancy.

Men told John to keep a sharp eye on him as he was a very bad man and might try to kidnap Nancy.  He was known as White-haired~Brown.  He had many notches on his gun.  He wore his white hair long, and men said they thought his ears might have been cut off or at least notched for some crime he had committed.  No one ever dared to lift his hair and find out because he was too quick on the trigger.  This may have been true for he hated all white men with a deep hatred.  He lived with the Indians.  His one link with the white men was that he asked for this little girl to hand him things.

[i] Twelve miles northwest of Fallon exhausted immigrants in 1854 recuperated alongside the Carson River after a trip across the Forty Mile Desert. The station was named because of the many rags cast off by the travelers. The tattered garments after being washed were hung in the bushes to dry. 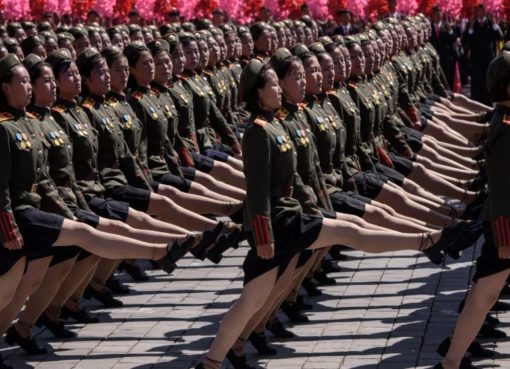 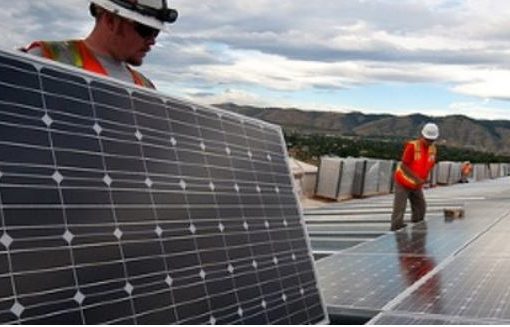 Wake Up to Alt Energy