Last weekend, the Nevada Republican Party formally censured Secretary of State Barbara Cegavske (R) for refusing to falsify the 2020 presidential election results. Think about that for a moment: a major political party just moved to punish one of its own for fulfilling the most basic duty of her office.

How did Barbara Cegavske go from “beloved conservative fighter” to “lib’rul RINO!” in less than a year? And more importantly, why should we worry about how Nevada Republicans treat their own top elected officials?

Who could have guessed Nevada Republicans would turn against one of their own? (Actually, we did.)

What else can we say? We told you so. In the first moments following the 2020 presidential election, then President Donald Trump’s campaign already began to turn Nevada Republicans against the one Nevada Republican who currently holds statewide office: Secretary of State Barbara Cegavske.

In a statement following the Nevada GOP censure vote, Cegavske declared, “My job is to carry out the duties of my office as enacted by the Nevada Legislature, not carry water for the state GOP or put my thumb on the scale of democracy. Unfortunately, members of my own party continue to believe the 2020 general election was wrought with fraud – and that somehow I had a part in it – despite a complete lack of evidence to support that belief.”

Why are so few Nevada Republican politicians sticking up for one of their own? Simple: They know that former President Donald Trump has already declared that Barbara Cegavske is no longer one of their own, and they’re afraid of losing their next Republican primary should Trump intervene against them. Speaking of the ex-president who continues to lie about his own election loss, we need to check in on whatever the hell Trump is doing at his “Florida Faux White House”.

Why are so many Republicans in power still enabling Donald Trump’s temper tantrums?

"A real leader" would not have accepted the results of the 2020 election, Trump said of McConnell, per attendee.

To the surprise of absolutely no one who’s actually taken seriously the literal threats to democracy that define Donald Trump’s “political career”, Trump’s address to top Republican National Committee (RNC) donors at his Mar-a-Lago estate last weekend was full of well-publicized attacks on former Vice President Mike Pence, U.S. Senate Minority Leader Mitch McConnell (R-Kentucky), and other Republicans who ultimately declined to participate in Trump’s attempted coup d’état after President Joe Biden was officially declared the winner of the election by the Electoral College. Yet more importantly, Trump continued to lie about his election loss, and the Republicans in that ballroom with him refused to challenge this and Trump’s other “Big Lies”.

Whether it’s Michele Fiore trying to stop this attack on Cegavske without actually refuting the “Big Lie” that’s fueling this attack, or it’s Mitch McConnell holding Trump “morally responsible” for the January 6 Attack while simultaneously declaring his willingness to support Trump’s potential 2024 presidential campaign, Republicans are just going to have to learn the hard way that they can’t have it both ways.

Even when confronted with the evidence proving the validity of the 2020 election results, and even when confronted by the list of 42 post-election lawsuits in state and federal courts that Trump lost, Trump and his dead-ender loyalists continue to insist upon some mythical grand “election theft” conspiracy theory that even extends to the three U.S. Supreme Court Justices whom Trump himself nominated for that very Court. Never mind that when they’ve been confronted in court over these fraudulent “voter fraud” claims, Trump allies like ex-Trump lawyer Joe diGenova and pro-Trump TV network Newsmax have capitulated because they know they have no real legal or factual legs to stand upon.

Before anyone claims “persecution!”, keep in mind that this is not the typical behavior we see from dissidents and political prisoners who experience real persecution at the hands of real tyrants. After all, look at how Myanmar’s pro-democracy activists continue to organize despite the military junta’s restrictions on digital communication, cutting off of electricity, and even documented murders. Look at how Alexei Navalny is willing to put his own life on the line to protest Vladimir Putin’s stranglehold over Russia. Look at how activists continue to confront some of the world’s most powerful people and organizations over their apparent willingness to let the Saudi royal family get away with murder (and so much more).

We know what real attacks on democracy and human rights look like. We already know what Donald Trump thinks of democracy and human rights. Before anyone else tries to compare Trump’s post-election “cancel culture” temper tantrums to actual pro-democracy protest movements, please learn about what’s actually happening around the world… And what Trump himself came so close to achieving right here in America.

Let’s not get lost in Nevada Republicans’ latest media circus. Let’s focus on the central threat to democracy that lurks behind the sideshow.

Add Roger Stone (and so many others) to the list as wellhttps://t.co/QuF5vAU6Cg

In closing, no one should really be surprised that so many Nevada Republicans have turned against the last Nevada Republican to hold statewide office simply because she refused to falsify the election results. If anything, more of the usual “influencers”, “stakeholders”, and “decision makers” should not just express public outrage at this attack on Cegavske, but also turn that outrage into action.

This should not just be used as another opportunity for idle navel gazing over “the (d)evolution of the Republican Party”. This should be seen as another alarm sounding off. This should not just be considered an opportunity for Democratic politicians to score “bipartisan brownie points” by showing public support for the incumbent-but-soon-to-be-termed-out Republican Secretary of State. We should have been seeing the U.S. government take serious action well before Trump issued a new round of threats from Mar-a-Lago, and before Nevada Republicans decided to kick Barbara Cegavske out of their party because she refused to break the law.

#January6th was a shock event. It was the final hit of a presidency that from the start used psychological warfare and threat as it sought to transform government into an anti-democratic tool. From my new Lucid essay: https://t.co/s7WDX0ODmc

As the historian and expert on authoritarian threats Ruth Ben-Ghiat recently explained in her Lucid Substack newsletter, January 6 was a “quintessential shock event” where Trump attempted to “stay in office by extra-constitutional means”. We’ve seen numerous dictators and aspiring authoritarian leaders try “shock events” to amass more power and consolidate authority, and we’ve seen some of these “shock events” fail in that realm, such as the admittedly complicated saga of the 2016 coup attempt against Turkish President Recep Tayyip Erdogan. Even after some of these “shock events” failed, such as Germany’s infamous 1923 Munich Beer Hall Putsch, they ultimately allowed aspiring authoritarians to learn from past mistakes as they pursued better executed coups.

Just because Donald Trump no longer occupies the White House doesn’t mean the threat of fascism advancing in America is suddenly gone. As farcical as Nevada Republicans’ public attack on Barbara Cegavske appears, let’s not lose sight of the real danger that lurks behind the seemingly silly media circus. 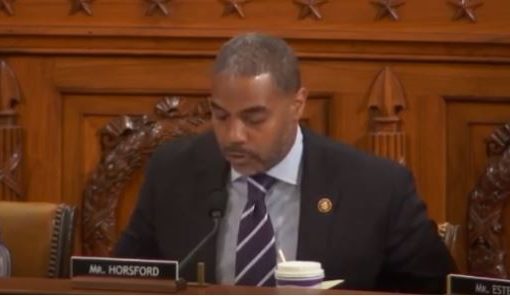 Primary Lessons: What Happened, and Why It (Still) Matters

With the votes counted and the dust beginning to settle, it’s time to take a closer look at what just happened. Sure, Steve Sisolak (D) and Steven Horsford (D) enjoyed bigger than expected primary vic
Read More