Late last month, a flurry of excitement burst through the halls of Congress over an impending “stimulus deal”. Considering how we spent much of 2020 hearing rumors of “stimulus deals” that never actually came to fruition, we were skeptical of this post-election “stimulus deal” becoming law.

And yet, this one actually became law. Let’s take a closer look at what’s in it, and why we still need more relief funds to survive COVID-19 and the recession.

First, let’s review the severity of this recession.

Before I took a much needed winter holiday break, I warned of additional trouble to come in 2021 if we didn’t get enough economic relief in 2020. And as I more specifically warned last October, “People are particularly vulnerable to scams during times of crisis. […] When ‘The American Dream’ starts to feel less like an attainable goal and more like a dirty scam, should we really be surprised by the number of people who give [scammy] ‘business opportunities’ a chance?”

Lo and behold, “corona scams” still run rampant all over the internet as millions of Americans continue to suffer. As of November 2020, Nevada’s official unemployment rate stood at 11.8%. Though that’s well below the 30%+ peak from April 2020, that’s still far above the official 3.4% unemployment rate recorded in November 2019.

Is it really “stimulus” if it’s not enough for survival?

Last month, the Nevada Economic Forum estimated that the state will have about $8.5 billion in tax revenue to fund our state government from 2021 to 2023. Though that number may appear hefty to some, that’s actually below the current biennium’s $8.85 billion budget that the Nevada Legislature agreed to in 2019 (before slashing about $700 million from it last July).

Considering how our state faces additional strain from COVID-19’s crush on our public health infrastructure, the historic crush of people filing unemployment claims, and the growing number of Nevadans needing additional social safety net programs like Medicaid, housing aid, and SNAP, our state government almost certainly needs much more than $8.5 billion, or even $8.85 billion, just to adequately cover this historic tsunami of economic torment for the next two years.

In case anyone still wonders why I harp so much on the federal government’s stingy treatment of state and local governments thus far, here’s why. Under our “federalist” system of governance, most of the “big government” we regularly utilize is actually state and local government. Yet since the early days of the pandemic, the Trump administration has subjected us to the “worst of both worlds” approach where state and local authorities take all the responsibility (and generally suffer the bulk of the public blame) yet get very little funding to handle these burdens.

So what’s the “stimulus” we’re currently getting? (And what are we being denied?)

The final relief package that became law late last month clocks in just north of $900 billion, though most of that $900 billion comes from leftover CARES Act accounts. Perhaps you’ve already seen the most hyped component of this package land in your bank account. But if you haven’t yet received the “$600 stimulus check” direct-deposited, you will probably see it in the mail later this month so long as your 2019 tax return reported under $75,000 in individual income (or $150,000 for married couples) and you were not listed as an “adult dependent”.

Of course, there’s still residual outrage over the “stimulus checks” only being $600 instead of the $2,000 that a bipartisan group of lawmakers had vociferously demanded. However, there’s another catch with these “stimulus checks”: The lead Congressional negotiators cut out aid to state and local governments and shaved off six weeks of enhanced unemployment income (from 16 to just 10, and just an additional $300 per week instead of the CARES Act’s $600) before “generously” adding in the one-time $600 “stimulus checks”.

Another critical relief program from the March 2020 Families First Act was a 6.2% boost to the Federal Medical Assistance Percentage (FMAP), or the official federal formula based on individual state income that determines federal Medicaid matching funds for the states. The Families First Act’s temporary FMAP boost simultaneously protected Medicaid health care coverage for patients in need and directed extra dollars into the states’ coffers when they needed those dollars the most. Yet by allowing the 6.2% Medicaid FMAP boost to expire last July (instead of providing more FMAP aid, as was done during past recessions), Nevada and other states are now eyeing health care budget and coverage cuts exactly when people need programs like Medicaid the most.

What else made it into the relief package? (And why is it still not enough?)

When this package materialized, there was a flurry of public outrage over “pork-barrel spending” that was actually part of the standard omnibus appropriations legislation to ensure the federal government remains open and operating. Yet despite outgoing President Donald Trump’s social media outbursts over the final appropriations and COVID-19 relief package, it was all what his own administration had already agreed to.

Again, while the $900 billion price tag looks big, most of that is repackaged CARES Act money. Last November, the Economic Policy Institute estimated that America still needs at least another $2 trillion in relief funds because unemployment and people’s loss of income are still too high, consumer spending eventually dried up after CARES Act programs began to wind down last July, and any risks involved with amassing more federal government debt are far less severe than the risk of the U.S. economy slipping into double-dip recession.

Democrats will soon control both houses of Congress and the White House. If they want to stay in power, they must use it ASAP.

What won this election for Democrats? Without a doubt, the work of Stacey Abrams and many more progressive activists to fight against voter suppression and turn out voters of color at record levels had a huge effect. What also helped was Ossoff and Warnock enthusiastically embracing robust economic relief proposals, including near-universal $2,000 “stimulus checks”, additional support for state and local governments, fixing the vaccine supply chain, and extension of enhanced unemployment aid. Even President-elect Joe Biden seconded Ossoff’s and Warnock’s call for more and better economic relief during his final campaign swing for the two Georgia Democrats.

Now that the Democrats have finally secured a narrow-but-clearly-victorious “trifecta” of federal authority, they need to prove to the American people that they can and will deliver the goods. Not only is it good policy to ensure sufficient and sustainable economic recovery, but it’s also good politics. Despite Republicans’ attempts to smear Warnock and Ossoff into defeat with baseless and bigoted accusations, the promise of more and better “stimulus” proved to be far more appealing to voters than “socialist” fearmongering and Trump’s coup-mongering.

As Cortez Masto prepares to run for reelection here in Nevada, and as many of her Congressional Democratic colleagues prepare to do the same in their respective races, they should keep in mind that they will soon have more power to pass more legislation, and that a whole lot of American people are counting on them to use that power for the good of the nation. People need help, and it really shouldn’t be controversial for Congress and the White House to deliver that help in our hour of greatest need. 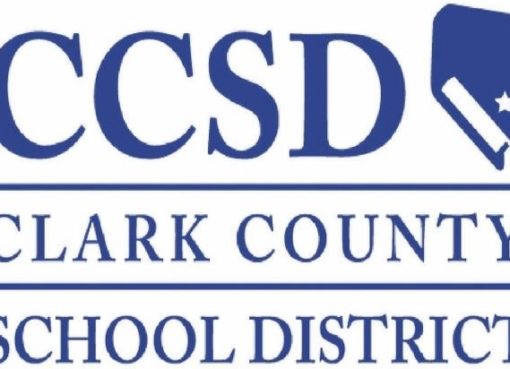 Looking Back, Looking Forward: First Thoughts on Reid, Sandoval, and “The New Nevada” They’re Leaving Behind

Tomorrow the 116th Congress will be sworn in, including Nevada's new Senator and two new Representatives. And this weekend, we'll have a new Governor. And yet, I can't help but think of the past, wha
Read More 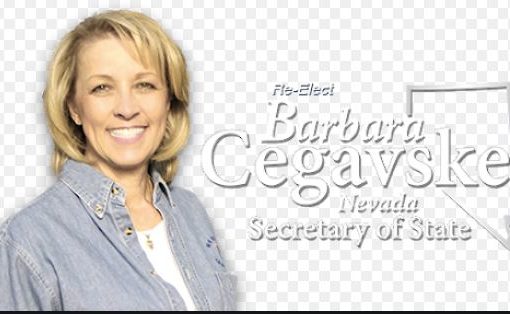