Where’s the “stimulus”? Good question. Long story short, President Joe Biden’s long-awaited COVID-19 “stimulus” package has been bogged down by the internal Congressional argument over how to organize, the ongoing far-right refusal to recognize the legitimacy of Biden’s presidency, and the just-plain bad economics powering the bad faith arguments against additional “stimulus”.

But now that the Senate finally reached a breakthrough on their new rules, will this mean a new opening for Biden to get the job done on “stimulus” and economic recovery?

First, some reminders on why “stimulus” is back on top of the D.C. legislative agenda

Last week, we took a closer look at President Joe Biden’s American Rescue Plan and how it can help Nevada and other states during our hour of need. This week, we have even more data showing the need for additional economic aid: Nevada’s unemployment rate stood at 11.8% last November, and the national unemployment rate stood at 6.7% last December with a net loss of 140,000 jobs. Though these unemployment figures look better now than they did last spring, we remain quite far from full employment (especially here in Nevada). Instead, Nevada leads the nation (44.7%) in residents who struggle with basic expenses like food and housing, and nationwide some 7.8 million Americans have fallen into poverty in the last year.

Though economists expect gross domestic product (or GDP, a tool used to measure economic growth) to clock in around 4% growth for the fourth quarter of 2020, keep in mind that we’re probably still below where we started the COVID-19 pandemic. Also, we continue to see warning signs indicating that a “double-dip recession” remains a very real risk, as the U.K. and the E.U. (European Union) may already be “double-dipping” due to insufficient economic relief programs.

As we’ve repeatedly noted on these pages, there’s no “Great Las Vegas Comeback, Baby!” so long as COVID-19 continues to send a critical mass of Americans to the hospital and scare potential tourists away. As we zoom out to the bigger picture, we’re reminded that consumer spending only rebounded this month after the last “stimulus” mini-package became law, bringing back a $300 weekly boost in federal unemployment aid and $600 one-time “stimulus checks” for most Americans who reported under $75,000 in 2019 taxable income. But with those $600 “stimulus checks” already being spent and the expanded unemployment aid set to expire again in March, we will likely see a “double-dip” in consumer spending absent sustained “stimulus” while the vast majority of Americans continue to wait for their COVID-19 vaccine shots.

If the economics on “stimulus” is this obvious, why is the politics so complicated?

As U.S. Senator Catherine Cortez Masto (D) reminded reporters during her press call last week, Democrats have the Senate majority thanks to Vice President Kamala Harris breaking the Senate’s 50-50 tie. However when it comes to things like committee composition, the Senate needs a new organizing resolution just to seat the new Senators (Alex Padilla [D-California], Jon Ossoff [D-Georgia], and Raphael Warnock [D-Georgia]) on committees and hand the chairmanships over to the lead Democrats on those committees.

Senate Majority Leader Chuck Schumer (D-New York) offered Minority Leader Mitch McConnell (R-Kentucky) almost exactly the same organizing resolution that Democrats and Republicans agreed to in 2001, the last time overall Senate composition was a 50-50 tie. Up until last night, McConnell refused Schumer’s offer, instead demanding that Democrats put into their organizing resolution a rule enshrining the filibuster that Senators use to indefinitely block legislation unless and until 60 or more Senators allow a floor vote on such legislation.

Last Tuesday, Cortez Masto insisted, “It’s important to show everyone that we’re working together and we want to find common ground.” Yet in the first hours of Biden’s presidency, a critical mass of Republicans, even oft-labeled “moderates” like Senators Susan Collins (R-Maine) and Mitt Romney (R-Utah), quickly derided Biden’s American Rescue Plan as “too expensive” despite the growing consensus among top economists, including Trump White House economic adviser Kevin Hassett, that more “stimulus” along the lines of Biden’s $1.9 trillion Rescue Plan is absolutely necessary to prevent a “double-dip recession” here in the U.S.

“Unity” isn’t just a one-way street: Why Democrats probably need to keep their own ranks on the same page to pass any “stimulus” bill.

Q: what do you make of what McConnell said?

A: as a general rule, not much.

What I can tell you with certainty is the people need $2,000 recurring, monthly, survival checks. pic.twitter.com/HC0R2H5r9w

Last weekend, White House officials listened as a group of centrist Democrats and not-so-“severely conservative” Republicans complained about the $1.9 trillion price tag of Biden’s Rescue Plan and suggested Biden agree to another “scaled back stimulus” plan. But if Biden agrees to “scale back” his own economic relief plan that already has support from economists across the ideological spectrum, then he not only risks following the same mistake that European governments have made in not giving their people enough “stimulus”, but he also risks losing support from progressive Democrats in Congress, such as Senator Bernie Sanders (I-Vermont), Rep. Pramila Jayapal (D-Washington), Rep. Ayanna Pressley (D-Massachusetts), and Rep. Rashida Tlaib (D-Michigan), precisely when House Speaker Nancy Pelosi (D-California) needs Democrats in her chamber to remain united to pass anything through their closely divided House.

Schumer is indicating that he wants Congress’ next “stimulus” bill signed into law by mid-March, and House Democrats are increasingly signaling they’re ready to move forward with a process called reconciliation that will enable Senate Democrats to bypass any Republican filibusters of Biden’s Rescue Plan. That’s right around the time when the current unemployment relief that the last “stimulus” program kicked into gear expires. And as we explained on these very pages yesterday, state and local health authorities desperately need more funding and additional support to ramp up COVID-19 vaccine administration to reach Biden’s goal of herd immunity later this year.

Yet as long as the Senate couldn’t even pass a new organizing resolution, it was hard to imagine them passing any kind of “stimulus” or confirming all of Biden’s cabinet nominees, let alone passing anything else Biden is hoping to sign into law any time soon.

“Our North Star has to be the legislation itself. It has to be big and bold and strong.”

"Our North Star has to be the legislation itself," Senate Majority Leader Schumer says on working with Republicans under a Biden presidency. "If Republicans work with us to get good, strong legislation, yes. But I agree with you…look at 2008." pic.twitter.com/oByefTuhaf

We couldn’t make this up: While MSNBC was airing Rachel Maddow’s interview with Schumer, McConnell issued a statement confirming an agreement on Schumer’s organizing resolution. McConnell claimed victory because Senators Joe Manchin (D-West Virginia) and Kyrsten Sinema (D-Arizona) previously said they didn’t want to eliminate the filibuster, but Manchin and Sinema had been saying that for months. The far bigger tell was McConnell relenting on his demand for a new rule that would have guaranteed Republicans’ ability to block nearly all Democratic bills for the first two years of Biden’s presidency. Another big tell was how other moderate and conservative Democratic Senators not only stuck with Schumer in this fight, but even began to change their language on the filibuster and the Senate’s rules.

Just hours before McConnell conceded on the organizing resolution, Biden himself reiterated his preference for bipartisanship, but also reiterated his commitment to getting a full relief package online soon: “We have to do something about the COVID vaccine. We have to do something about making sure that people who are hurting badly [get help soon. …] We should be doing more.” Then during his MSNBC interview, Schumer agreed with Maddow that Congress actually passing legislation matters more than whether or not the bills are bipartisan: “Our North Star has to be the legislation itself. It has to be big and bold and strong.”

It’s still very early in Biden’s presidency, but he’s already at a critical juncture. If he doesn’t sign “stimulus” legislation into law soon to help people survive this crisis and speed up vaccine delivery, he may very well enter “lame duck” status within his first year in office. But if Biden and Democratic leaders deliver the goods soon, they may ensure sufficient economic recovery to not only fend off a “double-dip recession”, but also potentially avoid another midterm catastrophe for their party next year.

As we’ve noted before, Cortez Masto is one of those Congressional Democrats who will be up for reelection next year, along with Reps. Steven Horsford (D-North Las Vegas) and Susie Lee (D-Las Vegas). As Rep. Dina Titus (D-Las Vegas) can very well explain to all of them, Democrats will ultimately be judged not by the intricacies of how they legislate, but instead by how much they pass into law and how those new laws affect their constituents. This is indeed a critical juncture for them and for the Biden administration. They probably don’t have too much more time to decide how they intend to proceed, but at least they can finally begin to organize themselves into action now.

Officials from the federal government and seven states are meeting in Las Vegas this week to discuss the future of the Colorado River. The original plan was for the states to unveil an unprecedented s
Read More 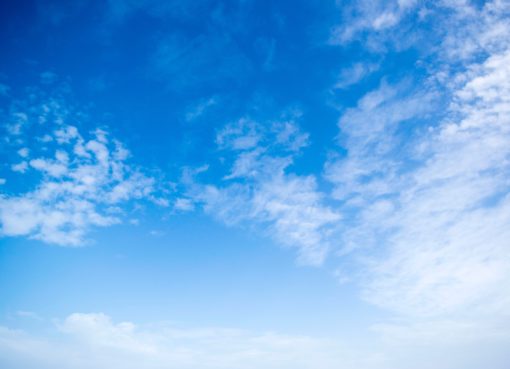 Letter to Mesquite City Council, April 10, 2018 Dear Mayor Litman and Councilmen Ballweg, Green, Rapson, Withelder and Wursten, Recently, we were informed that all but one member of the City Counc
Read More