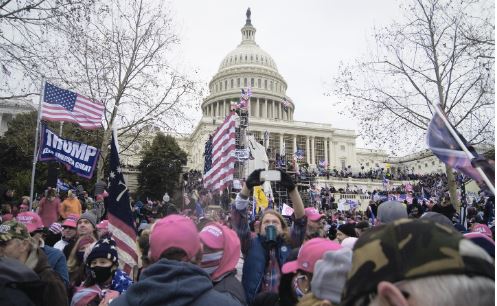 Fighting the Fascists Among Us

Originally posted at: What the hell are we supposed to do with these people?
https://thinkweiss.substack.com/p/what-the-hell-are-we-supposed-to

et’s call the Trumpers who stormed the Capitol what they are: terrorists. Whether they will be charged as such has yet to be seen, but white privilege is sure to manifest itself during the criminal proceedings – just as it manifested itself during the terrorist attack.

What happened in D.C. was probably the most dramatic example of the double standard used by law enforcement to date. Police officers have teargassed, hosed, and shot Black Lives Matter demonstrators for far less. Yet they seemed to be okay with bloodthirsty fascists seizing the Capitol. What happened? Did they run out of teargas and bullets? I find it implausible that they weren’t prepared or that they couldn’t have anticipated what happened. Police always seem to be “prepared” for BLM rallies. Whether you support #DefundThePolice or not, this incident amplified support for the movement, and rightly so.

We really shouldn’t be surprised that this attack was aided and abetted by police officers. Any organization where the harassment, assault, or murder of Black people is rarely punished would be very appealing to Trump’s base of rabid white supremacists. Equally noteworthy was the alarming number of active and retired military personnel involved in the attack. However, it isn’t much of a stretch to imagine that some people who volunteer to blow up and invade counties inhabited by brown people might have a high affinity for a guy like Trump. That said, it wasn’t just police and soldiers. Every profession imaginable was represented in the insurrection: lawyers, teachers, realtors, business owners, and more. These people are not just random scum of the earth: they are our neighbors, our coworkers, and even our family members. They are fascists, and they are among us. This brings us to the all too uncomfortable question:

What the hell are we supposed to do with these people?

It’s true that white supremacy existed in this country long before Trump came to power and galvanized it. Those who jumped on the Trump train because of his nationalistic dogma seem to be beyond reach. No matter what their economic status or quality of life may be, these fanatics constantly hold contempt for anyone that has more melanin than they do. They voice their convictions, they act without fear of reprisal, and they know exactly what they’re doing. As a side note, it’s comical to see these individuals complain about being “censored” by private social media companies since most of these people praise laissez-faire capitalism and speak of socialism like it’s the bubonic plague.

Then there is a large swath of people who seem to have been genuinely duped by Trump. I would venture to guess that this group makes up the bulk of the 74 million people who voted for Trump. These “sheeple” believe every word that comes out of Trump’s mouth, and do what they do simply because Trump tells them to do it. Those who attacked the Capitol might want to read up on the Nuremberg Trials. Pleading “superior orders” won’t get them far.

Furthermore, it is critical to note that most Trumpers are a byproduct of decades of ultraconservative policies in this country. I couldn’t agree more with the tenet that Trump was a symptom of a much greater disease. Austerity, globalization, and crony capitalism combined with racist policies and practices in almost every institution imaginable facilitated the rise of Trump and his brand of nationalism. In a country with massive inequalities and inequities, it’s very tempting for anyone feeling left behind to put on a MAGA hat.

Finally, there are the oligarchs in this country who may not strictly adhere to Trumpism but benefit heavily from Trump’s policies – particularly those related to deregulation and the exploitation of labor. The good news is that many of these corporate elites are figuring out quickly that fascism isn’t “profitable” – but you can be certain that they will try to protect the gains they’ve made under Trump.

Whatever avenues we pursue to rehabilitate these individuals, one thing is essential: these people must never be allowed to acquire political power. In the same vein, Trumpers who currently have political power must be stripped of it. Our country, at least on paper, is still a republic. It is normal and healthy for us to have spirited debate and discourse on issues that impact us. But, the notion that “fascism is bad” shouldn’t be up for debate. This country, in recent history, had undertaken various campaigns trying to make bullying, discrimination, racism, sexism, and other repulsive ideologies and practices socially unacceptable. We need to be doing the same with fascism.

The MAGA terrorists and those who collaborated with them must also be tried to the fullest extent of the law and handed down the most severe sentences possible for their crimes. To show leniency will send a signal to Trump loyalists that such actions are acceptable and encourage further attacks across our country. Additionally, even though Trump will be out of power on January 20, the conditions in our country that make fascism appealing must be eradicated in order to prevent another Trump from emerging by 2024.

Herein lies the challenge for the Democrats, who will control the federal trifecta following Joe Biden’s inauguration. Biden’s victory over Trump coincided with centrist Democrats losing down-ballot races. Voters effectively rejected both fascism and neoliberalism at the same time. While the Democratic establishment eschews progressive policies, such policies, in the form of ballot measures, passed decisively in even the most conservative parts of the country. This should be a wake-up call for Democratic Party leadership to reform their agenda to reflect what people in this country actually want, and then genuinely fight for policies that will benefit the masses, instead of a handful of wealthy donors. Anything less, and we’ll be right back to where we are now.

If you didn’t like this article… please do all those things anyway. 😁 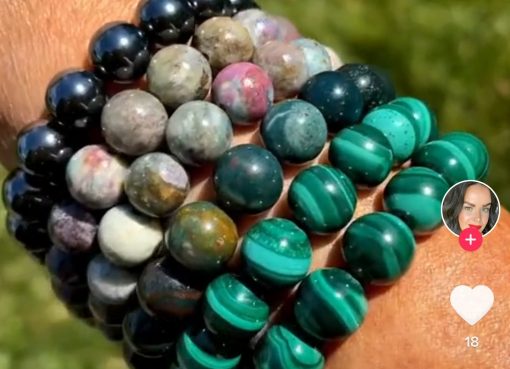 This Week in Corona Scams, we have a new highly hyped “game changing miracle cure!” that curiously lacks actual scientific evidence to back its promoters’ increasingly fantastical claims. Closer to ho
Read More

Today, former President Donald Trump’s second impeachment trial kicked off in the U.S. Senate. And just moments ago, the Senate voted almost on party lines to continue the trial. The legality of this
Read More

We Still Can’t Breathe: Notes on the “Grand Reopening of the Las Vegas Strip”