Over the past five months, reporters and pundits from elsewhere have asked all sorts of questions about our state as we gear up for another presidential caucus. Some have been amusing, like, “How does the glitz and glamour of Las Vegas compare to the ‘down home feel’ of Toledo, Iowa, and Exeter, New Hampshire?” Others have been downright irritating, such as, “Does Nevada really matter in this process?”

And then, there’s the question that’s simultaneously frustrating, illuminating, and ultimately central to the entire 2020 election cycle: “How do these Democrats connect with voters of color?”

They may not be in a Midwestern diner, but our voters matter too.

All too often, when we’re promised “insight on the dynamics of the last presidential election that will help us understand the next one”, we instead get the same old “hot takes” based on the same old interviews with Trump voters in roadside diners in hand-selected Midwestern small towns or former industrial hubs that may not exactly be what certain reporters and pundits claim they’re about. Even as last year’s midterm election results shattered so many of the assumptions and stereotypes that were used to speculate on what would happen in 2018, certain reporters and pundits are sticking to their aforementioned assumptions and stereotypes as they ask “who Americans would rather grab a beer with”.

Whether it’s questions on global trade policy, war and peace, immigrant civil rights, LGBTQ+ civil rights, institutionalized racism, or abuse of power, national media narratives are heavily influenced by this “Trump voter in Midwestern diner industrial complex” that may truly be less about “understanding the forgotten Trump voters” and more about confirming long-held stereotypes about historically marginalized communities while ignoring what these communities have to say about their own American experiences.

Because we’re not afraid to blow up such stereotypes around these parts, and because we live in a state where the very faces of “working-class voters” debunk these stereotypes about “blue-collar life in America”, it’s time we listen more to the voters and leaders in our own communities about what truly matters.

“We [need] them to have a plan. […] We need to have a holistic plan on immigration, but we also need plans to help all of us integrate into our communities.”

At the North Las Vegas “Know Your Rights” community forum last Saturday, I caught up with Mi Familia Vota Nevada State Director Cecia Alvarado to talk about the clear and present danger hiding behind President Donald Trump’s erratic Twitter-driven policy missives. Though we focused more on the here and now that Nevada’s immigrant communities are grappling with, we also inevitably turned to that other matter of the 25 or so Democrats who continually visit us in hot pursuit of our caucus votes.

Amidst this ongoing crisis, what does she need to hear from these Democratic candidates about the clear and present danger facing many who were at First AME Church? For Alvarado, “We [need] them to have a plan. When it comes to immigration, the narrative [has been centered] on the attacks that have been used against our communities. […] What we’re looking for is plans.” Or in other words, she’s looking for more than just vaguely worded statements full of “concern”, but also real plans to protect real people.

And yes, Nevada communities of color also need these candidates to speak on issues beyond just immigration reform. As Alvarado advised, “When they’re talking to immigrant communities, talk about immigration, but also talk about the economy, education, health care. They need to know that our community cares about these other issues that affect all of us. We need to have a holistic plan on immigration, but we also need plans to help all of us integrate into our communities.”

Or in other words, when we hear politicians and pundits talk about “winning back blue-collar voters”, we should ask them whether their vision for working-class Americans include working-class Nevadans of various races, ethnicities, and immigration statuses.

“It has to be more than being anti-Trump. […] These families are no different than any other working families, and they’re looking for someone who will work for solutions on these issues.”

Sounds reasonable, right? On a Nevada State Democratic Party press call today, U.S. Senator Catherine Cortez Masto sounded similar notes. According to Cortez Masto, “It has to be more than being anti-Trump.” She continued, “They’re looking for someone who will fight on all the issues that matter to them. These families are no different than any other working families, and they’re looking for someone who will work for solutions on these issues.”

And while she’s been encouraged by the candidates who have been visiting the state thus far this year, Cortez Masto wants to see more. “You can’t come into our state just one month before Election Day and expect to engage our voters in a meaningful way,” she insisted. Cortez Masto then added, “You’ve got to start talking now. You need to be here now. You need to engage them now on the issues that matter.”

When asked whether she will endorse any of the candidates before February 22, Cortez Masto insisted she won’t. Instead, she stated, “I’ll wait until after the caucus. I’ll wait until the process plays out.”

“I think that’s something we’re missing, the humanizing of immigrants. We need to protect them, as that’s exactly right, but they also need a voice.”

Every so often when certain national reporters and pundits remember that voters of color exist and turn out in more than enough numbers to decide elections, they do so by simply looking at numbers and talking about “electoral strategy”. But as I witnessed on Saturday and I’ve been noticing all this year, communities of color matter way more than just their votes on Election Day.

On Saturday, Nevada Advocates for Planned Parenthood Affiliates’ Raquel Cruz-Juarez spoke of the need for all of us to look beyond the recent headlines and remember that immigration reform is about way more than just Donald Trump’s social media accounts. For Cruz-Juarez, “I think that’s something we’re missing, the humanizing of immigrants. We need to protect them, as that’s exactly right, but they also need a voice.”

In recent years, we’ve seen more Nevada voters of color use their voices on Election Day and throughout the year. For these presidential candidates to earn their votes next February, they’re going to have to spend more time getting to know our state… And remember not to take anyone or anything for granted. 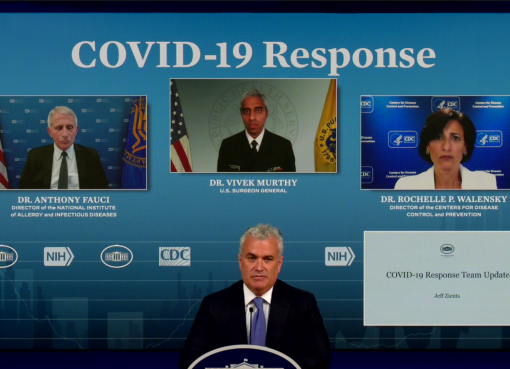 COVID-19 continues to spread, and our numbers still look rough. However, we do have one critical bright spot: More COVID-19 vaccine shots are getting into more Americans' arms. As this summer's Delta
Read More

Six Democratic Presidential Candidates Speak at Forum on Wages and Working People, A “Live-ish-blog” As It Happens (Part 1: Harris, Klobuchar, and O’Rourke)

Today, I'm writing to you from the National Forum on Wages and Working People. Six Democratic presidential candidates have come to Southern Nevada to answer workers’ questions on what they plan to do
Read More