As the White House continued to drown in controversy and scandal, President Donald Trump finally decided to take another round of military action in Syria Friday night. What exactly did Trump mean when he declared, “Mission Accomplished”, and what exactly did this air strike accomplish?

And then, there’s the aforementioned controversy and scandal. By Sunday night, Syria was knocked off the headlines in time for the ABC News interview with former FBI Director James Comey. Below, we’ll pick up where we left off last week and figure out where things actually stand in the Trump administration.

Last Friday, Donald Trump followed through on his repeated threats to use military force to stop Syrian President Bashar al-Assad’s use of chemical weapons against civilians in his own nation. Even though Trump had previously hinted he wants to pull U.S. troops out of the Middle East region, he has instead ordered two air strikes on Syria since taking office. And after the first round of strikes failed to change, it remains to be seen whether these strikes will change the calculus of either Assad or his allies in Moscow.

After all, it takes more than one night of missiles hitting empty facilities to put an end to an increasingly long and bloody civil war. Will the Trump administration finally exercise more diplomatic “soft power” that’s probably needed to compel Russia to stop making excuses for Assad’s brutal regime? Or if this White House truly intends to do what then President Barack Obama opted not to do in 2013, will Trump finally come clean to Congress and the American people that he wants the U.S. military to intervene more heavily in Syria’s civil war?

As Obama had to learn the hard way five years ago, there is no easy answer for Syria. The nation is deep in a humanitarian crisis, is at risk of further destabilization, and has become a sort of proxy for a larger conflict involving the U.S., Iran, and Russia. And yet, the White House still hasn’t provided any sort of comprehensive strategy, instead flip-flopping on everything from maintaining military presence in the Middle East to imposing new sanctions on Russia. Though Trump is trying to convince the world he won’t stand for any “red lines” being crossed, it remains to be seen whether this more haphazard approach will prove more effective than Obama’s struggle to find an ideal Syria solution.

From Damascus… To Prague?

And then, there was the timing of the Syria strikes. For those wishing to believe the White House approved the Syrian airstrikes with nothing but the best of intentions, Trump’s own sordid conflicts of interest and history of using publicity stunts to change the media narrative provide cold comfort.

Indeed, it was head-scratching to see Trump agree to join the U.K. and France in striking Syria just hours after McClatchy dropped a bombshell report suggesting that special counsel Robert Mueller has evidence that Michael Cohen, Trump’s personal lawyer and “fix-it guy”, traveled to Prague late in the summer of 2016. If Cohen indeed slipped into the Czech Republic during the campaign, then it adds further credence to Christopher Steele and his dossier alleging deep ties between Trump and the Kremlin, as he described a meeting between Cohen and Russian officials around that time.

As we discussed last week, the Trump-Russia affair has gone from mere “palace intrigue” to more severe threat of constitutional crisis. Trump has already fired two FBI leaders, and he continues to threaten more firings as Mueller’s probe pulls him deeper into Trump’s inner circle. If there was truly “no collusion!”, then why is he so afraid of a fair, thorough, and honest investigation into his campaign and businesses?

And now, a trip to Comey Island

If we are to believe one of those FBI officials fired by Trump, there may be a reason why he fears Mueller and the investigation. When he described to ABC News’ George Stephanopoulos the briefings he gave Trump and his transition team on Russian meddling in the 2016 election, former FBI Director James Comey noted how Trump seemed more interested in shaping the media narrative than actually addressing the national security threat at hand.

You’re about to lead a country that has an adversary attacking it and I don’t remember any questions about, “So what are they going to do next? How might we stop it? What’s the future look like? Because we’ll be custodians of the security of this country.” There was none of that. It was all, “What can we say about what they did and how it affects the election that we just had.”

And that’s not all. During the five-hour interview (which was cut into a one-hour package that ABC aired last night), Comey cited Trump’s constant demands for loyalty (as in, to him personally) over honesty in assessing his moral character: “Our president must embody respect and adhere to the values that are at the core of this country […] The most important being truth. This president is not able to do that. He is morally unfit to be president.”

At one point, Comey even refused to rule out the possibility that the alleged “pee tape” might truly exist. Though he provided no hard evidence to prove what exactly happened in the Moscow Ritz-Carlton’s presidential suite, it’s nonetheless remarkable to see a career civil servant who had previously risen through the ranks in George W. Bush’s Justice Department, and the ex-FBI chief who’s still lambasted by many Democrats for his mishandling of the investigation into Hillary Clinton’s emails, mince no words in excoriating the sitting Republican President like this.

So where is he going with all of this?

Of course, the White House is wasting no time in attacking Comey, his character, and all the media outlets that report on Trump’s scandals.  For all Trump’s screaming about Comey, media outlets he doesn’t like, and “FAKE NEWS!!!”, it’s incredibly rich to learn that Trump’s aforementioned “fixer”, Michael Cohen, also represents Fox News personality and professional Trump cheerleader Sean Hannity. So once more, we must ask why Trump seems more interested in media coverage than addressing any of the issues at hand.

We got bombs over Syria, but we’re still not seeing any consistent, meaningful action to contain any security threats or alleviate the humanitarian crisis. We have occasional tough tweets targeting Russia, but Trump has yet to prove he can follow through with the kind of action that will change Vladimir Putin’s behavior. We have continuing denials of “collusion!”, but Trump continues to threaten to put an end to Robert Mueller’s investigation.

See a consistent theme here? I think I do. As the saying goes, Trump is “all talk and no action”. If he really wants to reassure America that he knows what he’s doing, and not just taking cues from the Kremlin, he needs to prove it with his actions.

In the past year, there’s been a whole lot of speculation about “what's happening in the heartland”, whether “Democrats are listening to ‘Middle America’”, and if “Donald Trump is ‘the working man's P
Read More

One year ago today, the Las Vegas Strip changed. Though the untrained eye may not notice anything different, many of us here in Southern Nevada can feel it all around us, especially along that stretch
Read More 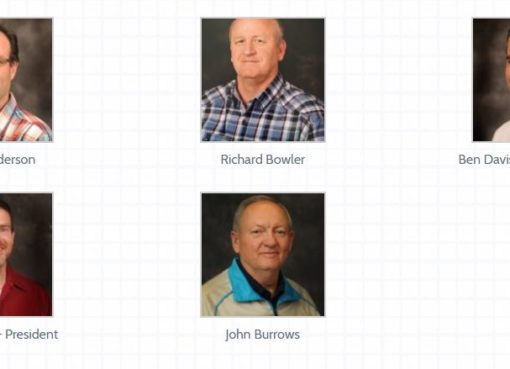 “Have You No Sense of Decency”? How Low Can They Go?

Las Vegas, NV.  “Have you no sense of decency”? [i]The question ran through my mind while listening to Clifford Gravett defend an attorneys rights to use yellow journalism to advance his case against
Read More