As this historically chaotic week bumbles to it’s close, the Trump administration continues its retreat on its own attempt to intensify a humanitarian crisis of this White House’s making. With House Republicans on track to fail to advance either of their immigration bills and the White House attempting to undo the political damage caused by its family separation policy, let’s review what just happened, and what this actually means for immigrant families.

After Trump said he couldn’t catch and release”, he’s now in full retreat

Yesterday, Trump issued an executive order that he claimed would “end family separation” while maintaining “strength” at the border. In reality, his order would have encouraged Border Patrol and ICE to keep more immigrants imprisoned indefinitely.

Today, the White House then admitted even that was unsustainable. In another remarkable about-face, the Trump administration has begun instructing Border Patrol agents not to prosecute parents with children in federal court. So for all Trump’s railing against past administrations’ reluctance to charge immigrants with crimes and incarcerate them indefinitely, he may now be moving the federal government back to the previous practice that he derisively referred to as “catch and release” while he asks the federal courts to let him resume what then President Barack Obama attempted in 2014.

House Republicans rush to floor, only to crash and burn

Wow, this undermines getting undecided GOP members to support the compromise bill. https://t.co/gi1Tpi2OEA

In a ridiculously familiar scene, House Republicans scrambled to find the votes for priority legislation. This time, it’s two bills to finish what President Donald Trump began with his executive order that endorses indefinite detention of immigrant families. Despite loading both bills with far-right, anti-immigrant “stocking stuffers” like a Christmas tree made of machetes and machine guns, Republican leaders still couldn’t find the votes to get it done.

Further complicating matters was Trump himself. After demanding that Congress clean up his mess, he struggled to decide which bill he’d actually endorse before proceeding with the very administrative actions he said he couldn’t and wouldn’t do. Nevertheless, House Republicans proceeded with votes on their two proposals: one that offers a path to citizenship for DREAMers in exchange for $25 billion of Trump border wall funding and codifying indefinite detention of families, and one that offers DREAMers no permanent protection and plenty more controversial immigration enforcement programs.

One failed, and the other was delayed, possibly until tomorrow, in an apparent failure to whip enough votes in favor today. The (even more) hard-line bill authored by Rep. Bob Goodlatte (R-Virginia) failed 193-231, as 41 Republicans joined all House Democrats to vote against. Rep. Mark Amodei (R-Carson City) voted for the Goodlatte plan, while Reps. Dina Titus (D-Las Vegas), Jacky Rosen (D-Henderson), and Ruben Kihuen (D-Las Vegas) all voted against. Meanwhile, House Republican leaders are still scrambling to see how many votes they can whip for their “compromise plan”.

Even before the House began voting on the two Republican bills, Congressional Republicans were casting blame on the White House for leading them into political disaster, while the White House was trying to put its best face on their week of “losing, losing, losing”, and Democrats clapped back at Congressional Republicans for refusing to schedule votes on their legislation to protect DREAMers, families currently being incarcerated by the Trump administration, and other immigrants seeking asylum. The blame game started fast, and it’s already getting quite hot.

Meanwhile, immigrants throughout the system still face immense hardship. Many families remain separated. Refugees seeking asylum face harrowing odds in overloaded immigration courts. Children remain at risk of abuse at the hands of federal agents. And the system remains as ugly as ever, just with minor cosmetic changes thanks to Trump’s last-minute retreat.

No matter what Donald Trump claims when he’s in Las Vegas on Saturday to campaign for Senator Dean Heller (R), it’s important to remember what’s actually gone down this week and why it means continued hardship for families who came here for the expressed purpose of escaping hardship.

Late last year, the nation was thrown into (further) chaos when President Donald Trump rejected a bipartisan appropriations bill and threw the federal government into what would become the longest (pa
Read More 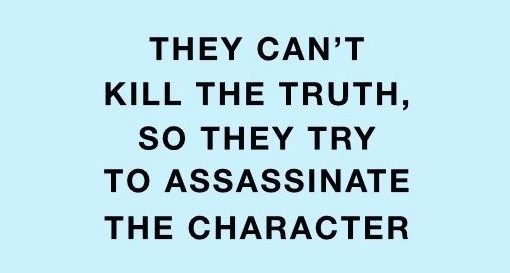 Mesquite, NV., Last Wednesday Barbara Ellestad for Battle Born Media (BBM), published her last opinion piece stating her opinion of the case between the owners of the Wolf Creek Golf course and the
Read More

The Fight of Our Time: Challenging Abuse of Power at All Levels

When I woke up yesterday morning, the MMA (or mixed martial arts) world was up in arms over former UFC Lightweight Champion Conor McGregor’s retirement. He may only be 30, but this is McGregor’s secon
Read More