The Nevada Democratic Caucus is finally here. Tomorrow is the last day for Democratic voters to participate, and it sounds like we’ll have actual results relatively soon. Now that almost 75,000 Nevadans have already voted early, it’s looking like we’re in for an overall huge turnout in this caucus. So who’s best positioned to benefit from the huge turnout?

Surprise (but not really), it’s probably the one calling for huge turnout to make the “political revolution” a reality. And come tomorrow afternoon, the revolution may finally be televised.

This time, there’s no denying that U.S. Senator Bernie Sanders (I-Vermont) is now in the driver’s seat here in Nevada. Iowa and New Hampshire may have ultimately been close finishes, but both public polling and private assessment of the campaigns’ ground games are converging on the conventional wisdom that Sanders is on track to further cement his frontrunner status with a stronger Nevada victory tomorrow.

At Sanders’ rally with Make the Road Nevada Action in East Las Vegas last Saturday, I witnessed the breadth and depth of Sanders’ organizing and grassroots support. And at UNLV on Tuesday, I witnessed huge turnout materialize even before Sanders’ rally there kicked off. Unless I’m missing a whole lot (and I guess that’s always possible), it’s looking increasingly likely that Sanders will not just win, but win big with the kind of diverse, multiracial coalition who will turbocharge him into an even stronger position in the later states.

I’m willing to admit when I’m wrong, so I might as well make it right here. Former Vice President Joe Biden was quickly written off after terrible Iowa and New Hampshire finishes, but we’re increasingly seeing signs indicating some resilience for Biden here in Nevada. Though the Culinary Union declined to outright endorse him, I have noticed some of the behind-the-scenes support for Biden amongst leaders and the rank-and-file that ultimately boosted Hillary Clinton when she went toe-to-toe with Sanders in 2016.

In addition, other local power players like Rep. Dina Titus (D-Las Vegas) are going all in to save Biden, and their hard work may have paid some dividends with solid turnout amongst urban, working-class voters of color who’ve tended to favor both Sanders and Biden over the other candidates on this board. It’s probably too late for them to get Biden anywhere close to Sanders, but it may be enough for him to land a decent enough showing here that voters in South Carolina and the “Super Tuesday” states give him another look.

Just when national media pundits were declaring U.S. Senator Elizabeth Warren (D-Massachusetts) politically dead, she’s pulled out all the stops to remind us all that nevertheless, she persists. And at the MSNBC/Nevada Independent Democratic Debate on Wednesday, she persisted all the way to a jaw-dropping performance that had the pundits cancelling their funeral for her political career.

While Warren’s ground game has had some struggles as of late, it’s reemerged as a competent and spunky operation that’s covering plenty of ground across the state. And in a stark contrast to Sanders’ occasional problems keeping the peace with the rest of the party, Warren’s broader appeal amongst Democratic voters may ultimately pay dividends with second and third round realignment. Like Biden, it’s probably too late for Warren to completely catch up to Sanders. But if she can at least finish third, and especially if she can score a second place finish that isn’t too far from Sanders’, she may nevertheless persist her way onto the March calendar.

Former South Bend, Indiana, Mayor Pete Buttigieg may have entered Nevada with the wind at his back, but it’s starting to look like he’s facing real headwinds here. As I’ve been warning all along, his limited appeal to voters of color probably limits his potential here in Nevada. Yet so far, other than the occasional speechifying en español, Buttigieg hasn’t done much to stand out (at least, in a good way) amongst our voters of color.

As I’ve said before, Buttigieg has a chance to at least finish ahead of Biden and Warren if 2020 caucus turnout is as wealthy, white, and suburban as it was in 2016, and if Buttigieg runs up the score in those historically high-turnout Las Vegas and Reno suburban precincts along with solid scores throughout Rural Nevada. But with our #5 contender cutting into his advantage in these affluent suburban precincts, and with early voting signs suggesting that 2020 turnout may ultimately be more diverse than 2016’s, it remains to be seen whether Buttigieg can “turn the page” on his rough patch here.

U.S. Senator Amy Klobuchar (D-Minnesota) has had quite the wild ride in the early states, and it looks like our voters here in Nevada may ultimately make or break her campaign going forward. On one end, I’ve seen real signs of Klobuchar cutting into Buttigieg’s strength in the aforementioned affluent suburban enclaves (think Summerlin in the western Las Vegas Valley, and Anthem in the southern tip of Henderson). On the other end, her bruising fight with Buttigieg at Wednesday’s debate probably didn’t do much to convince late-deciding caucus-goers to swing her way on Saturday.

And like Buttigieg, Klobuchar has also had real trouble broadening her own base. Unless she absolutely clobbers him in those upscale suburbs where they’re likely the top contenders, Klobuchar probably shouldn’t expect Nevada to give her another “New Hampshire Surprise” this weekend.

So maybe I was wrong, after all. Tom Steyer tried very hard to make a big splash here in Nevada. And at least for a few weeks, it seemed like his big bet here was finally paying off. But with Steyer failing to make the debate stage, and with Steyer’s apparent failure to peel off enough of Biden’s base, it’s starting to feel like Steyer’s sizzle is turning to fizzle.

🥰 And finally, some notes on… You!

Thank you for standing out in those lines for such a long time to fill out those preference cards. Thank you for asking the candidates such great questions, especially when some of them didn’t want to take our questions. Thank you for following along with all our reports from the campaign trail. Thank you for the well wishes while we’ve been working our behinds off to give you front seats to all the Nevada Caucus action.

Oh, and one more thing: If you’re a registered Democrat or if you plan to change your registration to Democrat, you still have time to participate in the caucus tomorrow. As disheartening as the caucus fracas can be, this is your one opportunity to signal what kind of presidency you want and what kind of future you want for America. Choose wisely, but go ahead and make it all your own. 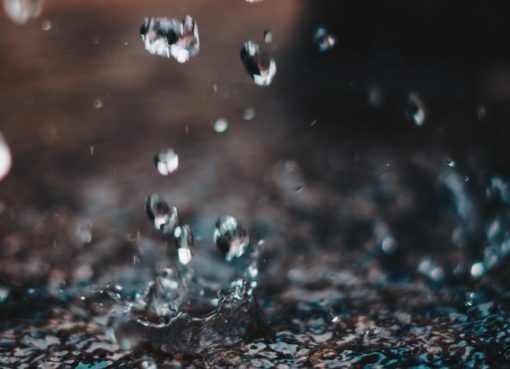 Our Nevada Legislature 80th Session Wrap-up, Part 3 (Back to the Caucus, Again)

Thus far, we've examined the past and present as we've assessed the State of Nevada and the work of our Nevada Legislature. Now, it's time for us to glimpse into the future. And this time, we're going
Read More