While I’m enjoying my last few moments of relative tranquility here in Nevada, I’ve also been keeping an eye on the ongoing fallout from the Iowa Caucus, as well as the potential emerging narrative from tomorrow’s New Hampshire Primary. Whatever happens there tomorrow, we’re gradually getting a better sense of what may happen here.

Are you ready to matter more than you’ve ever mattered before?

Oops, there’s no longer an app for that.

I don’t want to just regurgitate everything The Nevada Independent’s Megan Messerly reported on the ongoing “App-ocalypse Now” drama, so I’ll just confirm her reporting and build upon it with new information (or lack thereof?) we’ve gathered. Indeed, over the weekend our sources finally got indication that the Nevada State Democratic Party is shifting to a hybrid system where precinct chairs will have iPads with a pre-loaded caucus “tool” to calculate viability and delegate hauls, then record those attendance and delegate allocation totals. Check-in, however, will switch to old-school paper and pen.

And for now, we still don’t know how exactly the early voting caucus sites will operate. However, I have spoken with a source who’s learned that the party is preparing to possibly keep the early caucus sites all analog, as in early caucus voters may have to sign in on paper and fill out paper preference cards. If that’s the case, then the party will need a whole lot of people power to count the early vote preference cards, oversee the count to prevent a sequel of Iowa Democrats’ error-rich “presentation of official results”, and load the numbers onto these pre-programmed iPads that precinct chairs will use to integrate the early vote numbers into the overall results to allocate delegate slots on the 22nd.

As we discussed on Thursday, the Nevada State Democratic Party will need all the people power and all the contingency plans they can come up with to handle a messy enough caucus system that’s even messier now thanks to a shadowy vendor with its very buggy app that the party’s having to abandon at the very last minute. And again, even when we factor out the whole Shadow/Acronym fiasco, the fact remains that the caucus system itself is designed to require a lot of people to cater to a select few who can take the time to stand and move in a room, all because “we matter”.

Why aren’t the unions united?

Unions are not just about a paycheck or healthcare for our members— it’s about improving everyone’s lives. It’s about solidarity. @IlhanMN breaks down how unions, immigrant rights and the broader community are all connected. pic.twitter.com/9oAiaUml6d

At SEIU 1107’s “Unions for All” Summit, SEIU 1107 Executive Director Grace Vergara-Mectal indicated that they’re in no rush to endorse pre-caucus. While Culinary Union 226 was holding its series of town halls, Culinary leaders also stressed that they’re in no mood to rush into an endorsement, either. However in the last couple weeks, these two unions have sent conflicting signals that shine a light on the larger labor movement’s ever evolving approach to this year’s election.

On one end, SEIU 1107 welcomed Rep. Ilhan Omar (D-Minnesota) to pitch for U.S. Senator Bernie Sanders (I-Vermont) at their Las Vegas headquarters yesterday. When I spoke with Grace Vergara-Mectal and President Brenda Marzan at the “Unions for All” Summit, both praised Sanders and fellow progressive Senator Elizabeth Warren (D-Massachusetts) for their reaching out to the union as they were developing their respective “Medicare for All” single-payer health care plans. And while SEIU hasn’t endorsed any one universal health care plan, Local 1107 leaders have signaled appreciation for Sanders’ argument that taking health care off the bargaining table frees up space for unions to negotiate better wages and benefits.

On the other end, Culinary Union leaders and some of their members have made it very clear that they don’t want to risk losing the Culinary Health Fund that they established in 1981 and fought to protect during the historic 1991-98 Frontier Strike. While they kept this chatter relatively civil late last year, they’re now signaling to members not to “hand over our health care for promises” of a Sanders or Warren administration holding them harmless while transitioning the nation to single-payer. And while it may appear awkward for outside observers to watch a union that’s historically worked closely with other institutional progressive groups on other issues to attack single-payer health care and the candidates who support it, it’s important to keep Culinary’s history in mind to understand why this is the case.

Considering how large this 2020 field has been, the lingering frustration from past cycles, and how much they’ve already won in the form of the leading candidates’ labor rights platforms, it’s made sense for unions to hold off on endorsing this cycle. But if this contest does mostly narrow to a final showdown between Sanders and former South Bend (Indiana) Mayor Pete Buttigieg, I’m wondering how Culinary and certain other unions navigate this landscape involving one candidate promising a historic expansion of workers’ rights despite a sometimes contentious relationship with the labor movement, and another whose relationship with the labor movement hasn’t been as long or friendly.

We may really matter this time, but what do we think matters here?

We’ve often had to contend with “split-screen realness” during this 2020 cycle, and these final moments of New Hampshire’s turn in the spotlight continue to highlight another split-screen divide involving the candidates’ ideological divide. While many of the voters themselves don’t assign strict ideological placements or base their decisions on certain specific policies, institutional progressive movement leaders and key party power players are feeding into this popular national media narrative of certain candidates occupying certain “lanes”.

On the left, we’re seeing Sanders gradually coalesce progressive support to his benefit and Warren’s detriment. But on the right/center-left, we’re seeing a much more muddled picture involving former Vice President Joe Biden coping with his latest fall from grace, Pete Buttigieg trying to keep his post-Iowa momentum going as he wilts under heightened scrutiny, and Senator Amy Klobuchar (D-Minnesota) suddenly enjoying a new lease on political life after another stellar debate performance.

I asked about a dozen smart NV political insiders to predict who will win Nevada and nearly all said Sanders. I will ask again after NH. What happens in NH matters a lot, but as I have said, Culinary will not try to save Biden unless he looks alive. And even then, maybe not.

Depending on where they all place in New Hampshire tomorrow night, we’re increasingly looking at a huge campaign shake-up and a shocking rejection of the “conventional wisdom” going into our Nevada Caucus. Biden was largely expected to rely on institutional support from key unions (hence the ongoing speculation about the Culinary Union) and political leaders (like Rep. Dina Titus [D-Las Vegas] and State Senator Yvanna Cancela [D-Las Vegas]). But if Biden finishes as badly there as he did in Iowa, where do they go next?

Note to outside observers: Don’t be quick to assume these party leaders all suddenly migrate to Buttigieg or Klobuchar, as both of them have had far more trouble connecting with voters of color than Biden. But if they do somehow agree on a common game plan to “Stop Sanders”, and if that plan no longer involves supporting Biden, don’t be too surprised if Tom Steyer gets another boost here, as he’s obviously angling to find that “sweet spot” between Sanders/Warren-style progressive populism, Biden-style broad appeal throughout the party, and a Buttigieg-style “outsider” message. Or hey, maybe Democratic centrists’ “Stop Sanders” push will prove as effective as leading Republicans’ “Stop Trump” movement in 2016. Whatever becomes of this, all we know for sure is that we in Nevada are more than ready for our turn to “matter” in the national political spotlight. 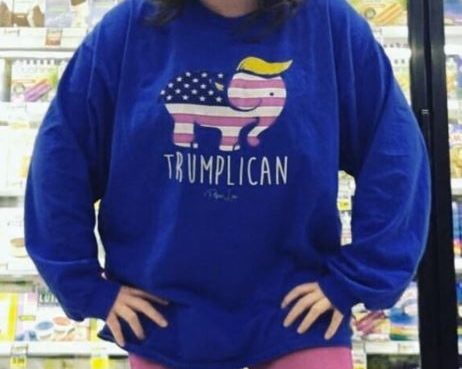 For months, I’ve been warning everyone to limit their time on the “poller coaster”, take the TV pundits’ on-air theorizing with massive grains of salt, and focus on what truly matters over the glitzy
Read More