As Former California Governor Arnold Schwarzenegger (R) would say, “Hasta la vista, baby.” State Senate Minority Leader Michael Roberson (R-Henderson) was hoping to say something along these lines to three of his legislative colleagues. Instead, a district court judge just told him to kiss those special elections goodbye.

Meanwhile, in Washington D.C., Danny Tarkanian (R) had to say goodbye to the U.S. Senate race of his dreams, and hello to potentially losing yet another Congressional election in the Las Vegas suburbs. Did U.S. Senator Dean Heller (R) just hit the jackpot, or is he still likely to come up empty?

Let’s review the week in stalled recalls and terminated primaries.

On Thursday, Nevada Republicans were dealt a huge blow by District Court Judge Jerry Wiese in his ruling on the controversial recalls they’re pursuing against State Senators Joyce Woodhouse (D-Henderson) and Nicole Cannizzaro (D-Las Vegas). One, Wiese ordered the Clark County Election Department to conduct a more thorough review of the signatures Republicans submitted in support of the recalls. And two, Wiese allowed Democrats to submit their own signatures of some recall signatories who later decided to withdraw their support of the recalls.

Though Roberson and his allies are vowing to appeal to the Nevada Supreme Court, their final appeal is increasingly looking like a last-ditch effort to save face after the recall campaign failed to qualify enough signatures to subject Senator Patricia Farley (NP-Summerlin South) to a special election, then struggled to submit enough signatures to subject Woodhouse and Cannizzaro to special elections. And if the official review confirms Democrats’ charge that Republicans didn’t actually submit enough legally valid signatures against Woodhouse and Cannizzaro, then this may ultimately be the last gasp for Republicans’ recall fantasies.

Donald ex-machina, or how Trump came to embrace his “rigged system”

The next day, U.S. Senator Dean Heller (R) and his campaign celebrated their own special twofer. One, President Donald Trump finally issued a formal endorsement of Heller via Twitter. And two, Trump essentially admitted that the White House successfully convinced Danny Tarkanian (R) to ditch the Senate race in favor of another try at Nevada’s 3rd Congressional District (NV-03), which spans the western and southern suburbs of the Las Vegas Valley. Though Tarkanian narrowly lost to Jacky Rosen (D-Henderson) in this very district, he agreed to return here in exchange for Trump’s endorsement (also via Twitter).

Is it just me, or does this sound like Donald Trump is now participating in the very “rigged system” he decried when he ran for President in 2016? For all his “anti-establishment” rhetoric, Trump is using the very “establishment” that he now controls to clear the NV-Sen primary for Heller… And in the process, give Tarkanian a leg up in NV-03.

In essence, Trump just gifted Heller and Tarkanian the ultimate “Deus ex-machina” in advance of the June primary. But wait, how will this play in the general election?

What the Heller does any of this mean?

While Heller and his campaign staff can breathe a sigh of relief over the primary, they still have plenty of reasons to sweat the general election. He will most likely face Rosen in a much more difficult environment, one where Heller will have to answer for the abandonment of his prior moderate persona (even to the point of breaking his promise to Governor Brian Sandoval [R] on health care) and his sudden embrace of Trumpism. And as recent results in Virginia, New Jersey, Alabama, and Pennsylvania show, Trump and his governing philosophy have become a much tougher sell now that he’s practicing it in the White House.

This leads us back to the matter of Roberson and the recalls. It’s a poorly kept secret that he orchestrated these recalls to give Republicans more of a fighting chance at retaking the State Senate during a cycle that thus far features only one realistic pickup opportunity (the seat Farley is retiring from) and two vulnerable seats to defend (with one of those seats being his own, as he’s now running for Lt. Governor). Add to this Trump’s unpopularity and a national environment that’s increasingly feeling like an emerging “Blue Wave”, and we can see why some Nevada Republicans keep hoping these recalls will wash their minority status away. Unfortunately for them, it’s their recalls that may ultimately be washed away in court.

And where does this leave Republicans? Perhaps they should have thought of this before betting it all on sketchy recall attempts and flashy Trump tweets. As we’ve discussed before, Democrats aren’t necessarily guaranteed to ride this “Blue Wave” to victory across Nevada. But if this week is any indication of how Republicans plan to fight back, they might be better advised to just give the Democrats some surfboards already. 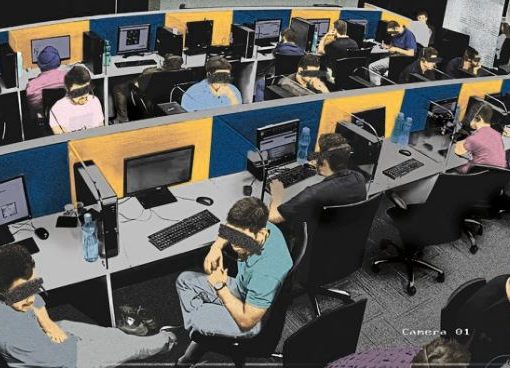 These past three months have been quite exciting for Nevada progressives. Democratic presidential candidates continue to pour in and out of our fine Silver State, promising the moon, the stars, the mi
Read More