As of tonight, the Iowa Caucus remains a mystery wrapped in enigma. However, this much we know: Tom Steyer hasn’t won any DNC delegates there. Yet despite his rock-bottom Iowa showing, the billionaire philanthropist may yet emerge as a rock-solid contender here in Nevada.

Why? Simple: He’s showing up.

Earlier today, the Iowa Democratic Party finally released some caucus results. With 71% of precincts reporting, U.S. Senator Bernie Sanders (I-Vermont) held a narrow lead in the post-realignment popular vote (26.3%-25.2%) over former South Bend (Indiana) Mayor Pete Buttigieg. But in the state party delegate allocation count (again, with only 71% reporting), Buttigieg held a narrow lead (26.8%-25.2%) over Sanders. In both the popular vote and state delegate count, U.S. Senator Elizabeth Warren (D-Massachusetts) is nearing a fairly close third place finish (20.6% of the vote, and 18.4% of the delegate slots).

As of tonight, Tom Steyer is running below not just former Vice President Joe Biden and Senator Amy Klobuchar (D-Minnesota), but also fellow venture capitalist Andrew Yang and Uncommitted. But as I explained in this week’s Nevada Caucus Power Rankings, Steyer can survive this crushing Iowa loss and another blowout loss in New Hampshire so long as he makes up a lot of ground here in Nevada and in South Carolina.

Interestingly enough, Steyer has been showing signs of life in recent Nevada and South Carolina polls. As I noted at the SEIU “Unions for All” Nevada Summit late last month, Steyer’s heavy investment in face-to-face voter outreach, ground game, and TV/radio/internet advertising may actually be paying off as Nevada voters warm up to him. And as counterintuitive as it seems, Steyer might stand to gain the most from Biden’s latest fall from grace due to Buttigieg’s continuing weakness amongst voters of color and moderate Democrats’ desire to nominate “anyone but Sanders”.

“We are putting together the diverse coalition that can beat Mr. Trump in the fall. We’re going to prove that.”

Speaking to a fairly full auditorium at Robert O. Gibson Middle School, tucked in a quiet working-class neighborhood west of Downtown Las Vegas, Steyer blithely dismissed his poor Iowa showing. And during a brief press gaggle (or informal Q&A session with reporters) before he hit the main stage, Steyer admitted he “got there late” to launch a potent field operation in Iowa. He also, however, insisted that Nevada will be different.

As Steyer put it, “We got to Iowa really late. We’ve been here a long time.” Steyer then reminded all of us reporters that unlike his more slapdash Iowa operation, he’s investing plenty of resources here in Nevada. “We have a great team on the ground. We’re going to work these next two and a half weeks to solidify what we’ve got and keep the momentum going, because we keep doing better,” he insisted.

In addition, Steyer praised our state for better reflecting the diversity of the Democratic Party, and of America as a whole. As he sees it, “We are putting together the diverse coalition that can beat Mr. Trump in the fall. We’re going to prove that.”

“Have you seen the results from Iowa? This race is wide open!”

A little later, and after a series of musical performances, Steyer hit the main stage and opened his very brief stump speech by channeling his inner Nate Silver. “Have you seen the results from Iowa? This race is wide open!,” Steyer quipped to the audience.

Steyer continued, “There is such a big muddle that Nevada is in the position to pick the person who can build the big, diverse coalition that can beat Donald Trump.” And from there, Steyer continued to praise Nevada in a way that also channeled Silver’s and other pundits’ warnings (including, yes, my own) that the Democratic candidates can’t count on narrow groups of white voters to win the nomination or the general election.

According to Steyer, “No one candidate can say they can win without building the diverse coalition that’s needed to win right here in Nevada.” He obviously wasn’t literally looking at a certain ex-mayor from Indiana, yet it was also obvious that Steyer sees Buttigieg’s ongoing weakness here as an opportunity to prove that he can excite the Democratic base in a way that neither Biden nor Buttigieg can.

“I believe that we will win.”

Amidst the Iowa Caucus chaos, we’ve seen a flood of “hot takes” and “think pieces” lamenting the usual depiction of “Democrats in disarray!” Amidst all these “hot takes” and “think pieces” based on a limited set of data from one state, Steyer focused on (not-so-distant) past results from this state, along with his role in making these results happen. Steyer encouraged the audience, “You guys did it. This is the state that proves that if you put in the work, if you knock on the doors, if you ignore the Republicans, you can win elections and do everything you want.”

In his under ten minute speech, Steyer kept light on policy. He did warn of Trump’s recent threats to cut Social Security, Medicare, and other social safety net programs to offset the cost of his 2017 tax law, and he insisted that the only way to prevent Trump from wreaking even more havoc on the country is for voters to do what Republican Senators refuse to even consider.

In closing, Steyer led the crowd in a brief chant and gave one more inspirational pep talk: “I believe that we will win. We are going to take down these Republicans. Let’s go out there and shock the world.” Iowa may have already shocked the world, but Steyer is hoping Nevada will help him deliver a different kind of shock in less than 18 days.

Breaking Down the Shutdown: It’s Time for a Fact Check on Trump’s Border Brawl

For the last three weeks, we’ve seen the White House reach new lows in its attempts to spin the media and the American public on its demands for some kind of border wall. Is President Donald Trump ada
Read More 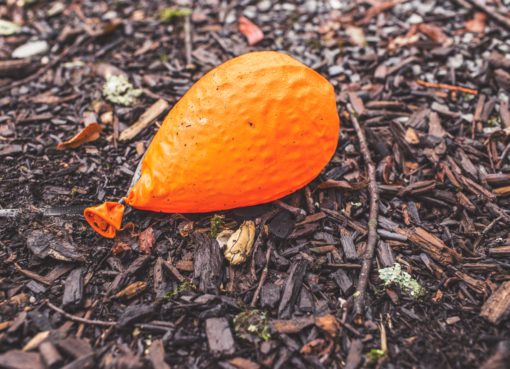