This Week in Corona Scams, we’re hopefully answering some of your burning vaccine questions. We also look into the curious case of a meat company’s Twitter account that combats pseudoscientific rumors, and we have a big update on some of the most notorious “Corona Scammers” to grace our pages.

So what’s going on with Donald Trump and his continued hyping of “Operation Warp Speed”?

‘The taming of the flu’: A man named William Shakespeare became the second patient in the UK, outside a clinical trial, to receive the Pfizer and BioNTech COVID-19 vaccine on Tuesday pic.twitter.com/vC5IS8224S

As we’ve been documenting throughout the year, there’s a difference between reporting on actual vaccine science and spreading unsubstantiated vaccine rumors. So far, we know that the Pfizer-BioNTech and Moderna vaccine candidates are the most likely ones to make it into people’s arms in the coming months, that we probably won’t see either of these vaccines become available to the general public until next spring, and that we’re already running into a potential challenge of low vaccine supply.

While scientists and the lay public are increasingly placing their hope in the Pfizer-BioNTech and Moderna vaccine candidates due to their respective 90%+ success rates in trials, they will be far more expensive to distribute and administer due to their mRNA-based technology requiring extra cold storage than the AstraZeneca-Oxford vaccine candidate with only a 70% initial success rate, but also with lower distribution costs.

This is a joke.

The HHS press release in July says they had an option to buy 500 million more doses. Slaoui today confirmed they passed and explained why.

Even when facts are inconvenient, the WH press secretary has an obligation to tell the truth.https://t.co/w9M3XNbNFG https://t.co/D9mmRGwviT

Also, no matter how much President Donald Trump spins this, he only agreed for the federal government to purchase enough of the Pfizer-BioNTech vaccine candidate to vaccinate about 50 million Americans. Though White House officials say they’ve also secured a major vaccine supply from Moderna and made deals with AstraZeneca and three other companies, it’s still unclear at best whether the federal government will have anywhere close to sufficient vaccine supply for the nation to reach the 70%+ inoculation rate needed for true herd immunity by next spring, let alone by the February deadline the Trump administration has arbitrarily set.

So how do these vaccines actually work?

Since April, anti-vaccine activists and their new best friends at QAnon have spread all kinds of outrageously false rumors about the COVID-19 vaccine candidates: They’re the “Mark of the Beast”. They “cause autism”. They’re “linked to Jeffrey Epstein”. They’re nothing but “demon sperm designed to kill us all!” Again, none of these claims have any truth to them.

Here’s how the Pfizer-BioNTech and Moderna vaccine candidates actually work: They were both developed with synthetic messenger RNA technology, or mRNA. It’s a fairly new tool for vaccine development, but it does have a longer and more proven track record in gene therapy and cancer treatment.

Hi! These are parts of the actual mRNA (like someone would wear shoes, or wear a hat). They do not code for the protein, but they aid in recruiting/dismantling the ribosome. (I actually reversed them in the video). They are designed in the lab, not coming from animal/gene/etc

What the Pfizer-BioNTech partnership and Moderna have done is isolate the RNA that essentially carries instructions for developing the proteins that make the “spikes” that the SARS-CoV-2 virus uses to infect us. These vaccine candidates then introduce the “spike” into the bodies of the recipients. The recipients’ bodies are then able to develop a fast immune response, and this is precisely the immune response that’s necessary to build broader herd immunity to this virus and the COVID-19 disease it causes.

I know some people may freak out over words like “synthetic” and “messenger”, but keep in mind that medical researchers already began using mRNA to develop new medicine before COVID-19 hit. No mass vaccination effort is ever all that cheap, but these new mRNA vaccine candidates require extra investment due to their need for extra cold storage and their need for two doses in order to become fully effective. Though truth can sometimes be stranger than fiction, in this case it’s far more straightforward than the convoluted anti-vaccine conspiracy theories that continue to pollute the internet.

Now, here’s some good news. How is this meat company combatting COVID-19 disinformation?

On the list of future dissertation future historians will write about 2020, the role of a frozen (processed?) meat company in disseminating the truth will be up there, for sure. https://t.co/U2gO6SaZ5d

Back in April, the Pennsylvania-based company Quaker Maid Meats went viral once they began using the Twitter account for their Steak-umm brand for something other than just promoting Steak-umm products. They also tweeted out explanations of science, and they called on followers to use their critical thinking skills to outsmart anti-science disinformation campaigns.

Of course, there are probably ulterior motives, such as Quaker Maid Meats’ desire to get past animal welfare activists’ condemnation of their cruelty-based products, and their desire to get past some foodies’ condemnation of Steak-umm as “frozen planks of mystery meat”. Still, we can’t help but notice how the Steak-umm tweets seemed to break through in a way that others haven’t. Particularly pay attention to how Steak-umm presents science as both rational and approachable, and how Steak-umm encourages followers to think for themselves instead of just preaching down to them.

As we’ve been discussing in our “Hindsight 2020” series, real information tends to fall at a severe disadvantage to propaganda that’s designed to game the system and go viral. The communications team behind Steak-umm’s social media accounts already began building a rapport with customers and fans based on the sense of “authenticity without pretense”. Considering what we’ve already been learning about which messages worked and which ads flopped on the campaign trail this year, we really need to look at what actually works in order to overcome the “rigged system” of monetized algorithms run amok. And for those of us in the media, we really need to stop normalizing pseudoscience and stop “both-sides-ing” anti-science rhetoric into the legitimacy it never actually deserves.

I wanted to address this last week, but I obviously got too busy researching other pseudoscientific cults to expose. Regular “This Week in Corona Scams” readers probably remember “KM”, the now former Younique MLM salesperson who also got into selling “BS Beads”… And making all kinds of false health claims about “BS Beads”, including the false claim that these beads somehow prevent, treat, and/or cure COVID-19. As we’ve previously noted, the “crystal energy healing” pseudoscience behind “BS Beads” is the same nonsense propping up other nostrums like reflexology and reiki.

Fortunately, we and the many anti-MLM activists who’ve been keeping tabs on “KM” were not the only ones noticing. Last week, the Federal Trade Commission (FTC) posted a letter they sent to “KM” and the “BS Beads” owner warning them to stop making false health claims about their products and “the Corona-Borona”. Though “KM” has continued making false health claims since receiving this warning from the FTC (though she now has this flimsy disclaimer on her website), at least federal authorities have finally made clear that these false health claims are not a “good marketing strategy”. Even if it takes longer for the FTC to take further action, this should at least serve as a fair warning to other companies looking to pseudoscience-peddling “influencers” like “KM” to help them market their products.

If you have further questions about COVID-19 and your health, check with Nevada Health Response on testing in your area, and check with Nevada 211 for more health care resources. If you’re in need of additional aid, check the Nevada Current’s and Battle Born Progress’ resource guides. If you can afford proper treatment and you are fortunate enough to help others in need, please donate to larger operations like Direct Relief and Mutual Aid Disaster Relief, and to local groups like Three Square. And for goodness sake, please wear your masks and maintain social distancing from people outside your household.

Editors Note: On April 25, 2018, Barbara Ellestad, a former member of the Virgin Valley Water Board (VVWB), wrote an article in the Mesquite Local News. In the article, she talked about an amendment t
Read More 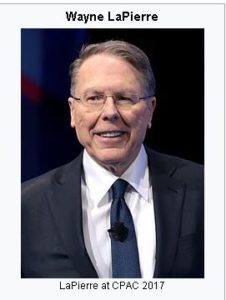