This Week in Corona Scams, we return to the strange and sordid world of QAnon, and we review why QAnon’s rise has been incredibly dangerous for America’s health. And in another blast from the past, we check in on “Dr. Demon Sperm” and her alarming social media activity since that one time when she briefly convinced Madonna to endorse her dangerous lies about COVID-19.

Also, we have some new data to counter those far-right claims that “lockdowns” and mask mandates “hurt the economy”.

As promised, here’s my review of the final two episodes of HBO’s Q: Into the Storm.

While I stand by my review of the first four episodes of HBO’s docuseries detailing the rise of QAnon, I must note the change of pace and focus in the final two episodes. Perhaps because Cullen Hoback and the rest of the production crew needed to bring everything together to properly conclude the series, the final two hours provided a clearer and more coherent picture of the threat QAnon has posed to America. As the series’ timeline moved into the COVID-19 pandemic, the 2020 election, and the final days before the January 6 Attack on the U.S. Capitol, the show finally connected the dots in a way that helps viewers understand why seemingly harmless shitposts turn dangerous when certain powerful interests weaponize these disinformation-filled shitposts.

As we discussed during the first few installments of our “Web of Hate” series, people aren’t always radicalized into extremist movements overnight. Rather, it’s more often a gradual process. This did not even start with QAnon. In so many ways, Gamergate provided early clues on what happens when a critical mass of people are radicalized by meme-enhanced propaganda. Around the same time, the 2014 Bundy Ranch “Range War” helped far-right militias normalize the concept of militia men pointing guns at anyone they perceive as “enemies”, and the Bundys set in motion a series of events that would lead to multiple violent attacks from East Las Vegas to the U.S. Capitol.

Long before those fateful events of 2014, before Alex Jones got his first talk radio show, and even before the internet became a thing, Christian Fundamentalist/Dominionist sects and white supremacist militia groups were already organizing. I would have appreciated Q: Into the Storm addressing more of QAnon’s “back-backstory” that reveals the pre-existing foundation on which QAnon was built. Yet with that said, I do very much appreciate how the final two episodes of the HBO series finally pulled back the curtain Wizard of Oz style to reveal some very crispy critters who’ve been front and center in both the attempt to undo the 2020 election and the ongoing effort to spread disinformation about COVID-19.

For everyone who hasn’t yet watched Q: Into the Storm, here’s your SPOILER ALERT. In this section, we discuss the likeliest suspect(s) for the IRL identity of “Q”.

Even if 8chan/8kun owner Jim Watkins and site administrator Ron Watkins (yes, he’s also Jim’s son) have been honest in their claims that neither one of them has ever posted as QAnon’s highly revered figurehead known as “Q”, there’s still plenty they have to answer for as the operators of a social media platform that served as an online organizing hub for fascist activists, a hub for criminal activities like the sharing of child porn, and a virtual place where aspiring terrorists gathered to encourage each other to commit mass shootings and other violent attacks. In addition, Ron Watkins took his shitposting beyond the confines of 8chan/8kun to spread disinformation to a wider audience on Twitter, and on far-right media networks like OANN.

As we discussed earlier this week, we’ve even seen the effects right here in Nevada: Legislators like State Senator Carrie Buck (R-Henderson) and Assembly Member Annie Black (R-Mesquite) have been caught repeating false rumors about the 2020 election that can often be traced back to Ron Watkins and fellow “shitposting keyboard commandos” with even closer ties to former President Donald Trump’s campaign. Despite the repeated presentations of evidence from Secretary of State Barbara Cegavske (R), Clark County Registrar of Voters Joe Gloria, and other local election officers and experts debunking these mendacious “voter fraud” claims, these and other top Nevada Republicans continue to entertain these false rumors of “voter fraud”. Beyond Nevada, Watkins’ lies about the election continue to live on with Arizona Republicans’ ongoing relitigation of the election results and Georgia Republicans’ push for new ballot restriction laws.

Before he took a central role in aiding and abetting the Trump campaign in their effort to undo the 2020 election results, Ron Watkins amplified false rumors about COVID-19, including the “Wuhan Institute of Virology/globalist bioweapon” rumor that has another lease on life thanks to former CDC Director Robert Redfield’s recent unfounded claims in a CNN interview. Thanks to Watkins’ “creative shitposting”, this and other false claims about COVID-19 got amplified to the point where a critical mass of Americans decided to believe the “corona scams” instead of accepting the truth. We’re still living with the consequences of Ron Watkins’ shitposting here and now, despite some mainstream media pundits’ premature declarations of “the end of QAnon”.

Remember all the far-right “outrage over the lockdowns!”? Remember Trump’s calls to “LIBERATE!”? Nope, they never had medical science or sound economics on their side.

How many times did we hear last year that “the lockdowns are destroying the economy!”? It got so bad that then President Donald Trump tweeted out orders to “LIBERATE!”, and that Las Vegas Mayor Carolyn Goodman took to CNN to offer up Nevada’s most populous city as a “control group” for removing all health safety rules. Meanwhile, actual public health experts and truly qualified economists regularly made clear that the only chance we had at sustainable economic recovery lay in containing the COVID-19 pandemic.

Late last month, WalletHub offered some interesting data on that last point: Nine of the top ten states reporting the greatest drops in unemployment claims since the beginning of “the lockdowns” have generally enacted and enforced health safety rules like mask mandates and social distancing standards. This seems to offer further confirmation of the findings from a Rice University study from last December suggesting that consumer decisions have likely had greater economic impact than state “lockdown” policies, and that from last May onward the states with the fewest health safety rules in place also tended to be the states hardest hit by the later waves of COVID-19 infection surges.

As we often sought to make clear on these pages, there is no need to pursue some mythical “conflict between health and the economy”. As long as consumers sense danger, they will spend less, regardless of what any politicians claim about “liberation from lockdowns!” As long as prospective travelers sense greater risk of COVID-19, they’re less likely to book flights to Las Vegas and hotel rooms on The Strip regardless of what anyone says about Governor Steve Sisolak (D) keeping rules like the statewide mask mandate in place. If we truly want to “get the economy back on track”, we have to actually address and solve the public health crisis.

Remember all our past warnings about anti-vaxxers and the “Infodemic”? Yep, they’re still at it.

Since last spring, we’ve been warning about the anti-vaccine movement taking to major social media platforms to lie about COVID-19 and sow early doubts about the vaccines that are now available. Now that far-right politicians are (again) catering to anti-vaxxers’ wishes by screaming against any and all proposals for “vaccine passports”, and now that we’re seeing growing evidence of a “digital redoubt” resulting in real-world rejections of the vaccines, America’s main problem is becoming less “line-jumping amidst short supply”, and more “we need more shots in arms stat!”

While there are objections to “vaccine passport” mandates based on valid public policy concerns, let’s not fool ourselves into believing that anti-vaxxers suddenly care about institutionalized racism, health equity, civil liberties, or corporate consolidation of economic and political power. This is just the latest in anti-vaxxers’ ongoing fear-mongering campaign that’s likely wreaking real havoc in convincing some Americans to forego all of the vaccines over misleading “safety concerns”, sanctimonious “religious freedom” claims (that are often rooted in Christian Dominionist eschatology beliefs – think Left Behind), and “natural healing”/“alternative medicine” pseudoscience.

I honestly wish we eventually reach the point where I won’t have to write about anti-vaxxers and their unscientific nonsense any more. Sadly, we’re clearly not there yet. And on that note, we need to check in on some repeat “corona scam” offenders who are at it yet again.

And finally, “Dr. Demon Sperm” returns… Or did she ever leave in the first place?

Remember Dr. Stella Immanuel, aka “Dr. Demon Sperm”? Not only did she become one of Donald Trump’s favorite doctors last summer when she endorsed his lie that hydroxychloroquine is a “game changing” COVID-19 cure (no, it’s still not), but she even briefly tricked Madonna into amplifying her alarmingly dangerous claims about COVID-19. Even worse, she’s just one of “America’s Frontline Doctors” who are actually part of a larger far-right astroturf network that fights against everything from vaccine requirements to universal health care.

Earlier this week, Stella Immanuel took to Gab to insinuate that people who wear masks at Walmart are “programmed and caged”. Even worse, Stella Immanuel appears to have multiple Instagram accounts. On one account that has over 17,000 followers, she has shared multiple videos with false claims about the COVID-19 vaccines, including one featuring the notorious anti-vaccine movement leader Del Bigtree and multiple videos endorsing unverified claims of “adverse reaction”.

While Twitter has already deplatformed Stella Immanuel, Facebook continues to allow her to post anti-vaccine disinformation on her Facebook and Instagram accounts, and as of this week I’m only noticing content warnings on a few of these Instagram videos. In case anyone still wonders why I’m always warning you to be careful who you amplify on social media, here you go.

If you have further questions about COVID-19 and your health, check Immunize Nevada for more information on vaccine availability in your area, check Nevada Health Response for testing in your area, and check Nevada 211 for more health care resources. If you’re in need of additional aid, check the Nevada Current’s and Battle Born Progress’ resource guides. If you can afford proper treatment and you are fortunate enough to help others in need, please donate to larger operations like Direct Relief and Mutual Aid Disaster Relief, and to local groups like Three Square. And for goodness sake, please wear your masks and maintain social distancing from people outside your household. 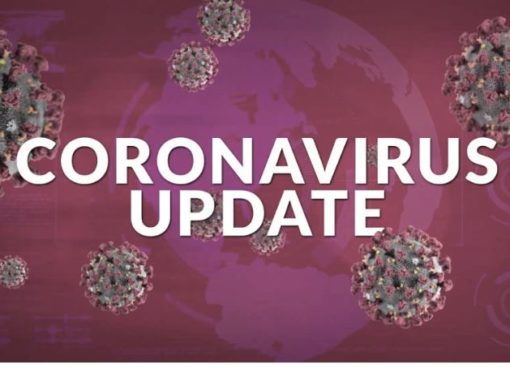 The number of people who have died as a result of COVID-19 increased by five in Southern Nevada in the past 24 hours, according to the Southern Nevada Health District bringing the state’s total to 43.
Read More 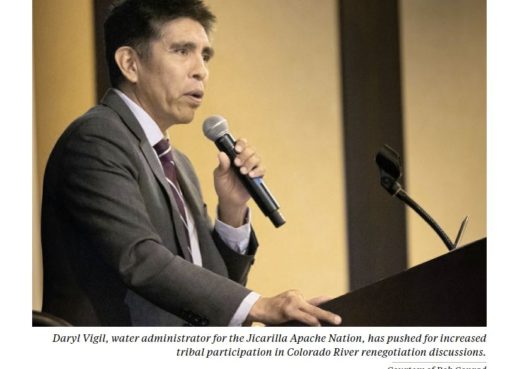 COVID-19 continues to spread here in Nevada and nationwide, though we are finally seeing encouraging signs that this spread is winding down. But as vaccinations continue at such a snail’s pace, what’s
Read More