This week in “Madonna Scams”, we’re shining a big Ray of Light on the Sorry state of affairs that’s plaguing our Human Nature. So what in the Erotica are we talking about? Let’s Get Together to talk about some more “Corona Scams”.

WARNING: We’re talking about some very sensitive topics today, including sexual violence and violence against children. Reader discretion is advised.

This is not our Lucky Star.

Attorney General Barr made an off hand reference to pizza delivery during a hearing and the Q crew is hyped. pic.twitter.com/ThRG1Sy9Nc

This week in “Corona Scams” feels eerily similar to prior weeks, and that’s mainly because President Donald Trump, his family, and his apparatchiks are resorting to their tried, tested, and anything-but-true grab bag of conspiracy theories. Since Trump’s poll numbers remain as underwhelming as ever, and since his latest attempt at Nixonian fascist pageantry doesn’t seem to be improving his poll numbers, he’s again turning to “weapons of mass distraction” to change the subject. And as always, the conspiracy-obsessed “crumb gatherers” and “bakers” in QAnon continue to provide content for the Trump campaign.

But wait, what the hell do two of Hollywood’s most beloved stars have to do with any of this? Back in March, Tom Hanks and Rita Wilson revealed that they tested positive for COVID-19. They had been quarantining in Australia, but they have recently relocated to Greece and were awarded Greek citizenship earlier this week. Then during yesterday’s U.S. House hearing on the Trump administration’s militarized attacks on Black Lives Matter protests, U.S. Attorney General Bill Barr’s pizza reference whipped QAnon into yet another “Pizzagate” frenzy. That then got QAnon folks accusing Hanks and Wilson of participating in the (totally nonexistent) “Pizzagate” crimes.

Now with all that out of the way, let’s review the actual facts here: There is zero evidence that either Tom Hanks or Rita Wilson ever engaged in any sexual or other physical violence against children. There is still zero evidence behind any claim that any sexual violence and/or human trafficking ever occurred at the D.C. pizza restaurant that has been battling these false accusations since 2016. And considering Trump’s own history of sexual violence and his own ties to the notorious Jeffrey Epstein, it’s rather rich for Trump’s QAnon allies to hurl baseless accusations at other people.

Nope, let’s not Get Into [This] Groove.

I just can’t get into Madonna’s groove

While we can’t say with any certainty whether Donald Trump and Bill Barr specifically aimed to rope Rita Wilson and Tom Hanks into QAnon’s “Pizzagate” clusterf–k, it’s absolutely within their modus operandi to promote baseless conspiracy theories and amplify outright lies in order to “control the narrative” as they see fit. And once again, they and their allies are shilling for hydroxychloroquine (HCQ) despite the growing mountain of scientific evidence indicating HCQ is highly unlikely to prevent, treat, or cure COVID-19.

Pro tip: If you haven’t yet bookmarked Dr. David Gorski’s incredibly valuable Respectful Insolence, do so now. Last week, Gorski sounded the alarms on the Association of American Physicians and Surgeons (AAPS). Amongst medical professionals and health care policy wonks AAPS is a notoriously far-right “astroturf” group, as they have an extensive track record of lobbying against Medicare (and not just “Medicare for All”, but also Medicare for anyone), any and all patient safety laws, and (of course!) vaccine requirements. Getting back to COVID-19, Gorski warned last week that AAPS was already spreading propaganda against wearing masks, for blaming COVID-19 on immigrants, and for hydroxychloroquine.

Since we already touched on HCQ (so many times), let’s tackle AAPS’ other big claims. Just as AAPS’ 2007 attempt to blame a nonexistent leprosy outbreak on immigrants, they have zero evidence to back their blaming of immigrants for the current spread of COVID-19. As we have discussed before, we face the very real danger of spreading disease by rejecting vaccines, as opposed to the very fictitious “vaccine dangers” of “spreading autism” or taking the Mark of the Beast. And as we’ve also discussed before, there’s a growing scientific consensus behind the calls for everyone to wear masks to control further spread of COVID-19 (by containing potentially infected respiratory droplets).

Like a Prayer? We need more than prayers (and bathtubs full of rose petals) to take on this pandemic.

So how on earth did a fringe-of-the-fringe “astroturf” outfit spread its HCQ propaganda so far and wide that Madonna touted it on Instagram (before deleting it, then re-posting it, then deleting it again)? First, AAPS, its sibling organization “America’s Frontline Doctors”, and fellow pro-Republican “astroturf” outfit Tea Party Patriots threw a flashy event on Capitol Hill. This event featured one Stella Immanuel, a Houston physician who claims she’s treated over 350 patients with HCQ and “they’re all well”.

Stella Immanuel has not actually produced any tangible evidence indicating her alleged 350+ hydroxychloroquine prescriptions have treated or cured any COVID-19 infections, but she does have an extensive track record of promoting David Icke-esque conspiracy theories involving “reptilians” running the government and injecting “demon sperm” and “alien DNA” to transform humans into the spawn of Satan. And of course, Immanuel has an extensive track record of supporting Trump and railing against LGBTQ+ Americans.

Madonna posted the video of Dr. Stella Immanuel, the physician who falsely stated that hydroxychloroquine is a cure for Covid-19 and that masks don’t help to reduce transmission

In her caption, Madonna says the so-called “Demon Sperm” Doctor is her hero

Anyways, Immanuel’s “they’re all well” rant got live-streamed by Breitbart, got tweeted out by Donald Trump, Jr., got retweeted by President Donald Trump himself, then went so viral that even our favorite Younique distributor and “BS Beads” promoter “KM” threw it up on her Facebook fan page. Considering how far and wide this viral video spread in a matter of minutes, we can see how this video got on Madonna’s radar.

But wait, why the hell would the “revolutionary” Madame X embrace the Trump-loving and queer-hating “Dr. Demon Sperm”? We obviously can’t dive into Madonna’s head, but we can remember prior incidents touting anything but a safe American Life. And more importantly, we can review our notes from last week on how Americans’ growing distrust of the federal government (particularly under Trump) and mounting confusion over whom to trust. Between all the hype surrounding “Dr. Demon Sperm” and all the fire and fury over QAnon’s baseless “Pizzagate” slandering of Rita Wilson and Tom Hanks, we can see for ourselves the very real danger of allowing so much “fake news” to corrupt our public sphere.

As this historically chaotic week bumbles to it's close, the Trump administration continues its retreat on its own attempt to intensify a humanitarian crisis of this White House’s making. With House R
Read More

Guilty: Notes on the Derek Chauvin Verdict and the Aftermath

Yesterday, a jury in Minnesota announced their verdict. They found Derek Chauvin guilty on two counts of murder and one count of manslaughter for killing George Floyd. In a country where we’ve become
Read More 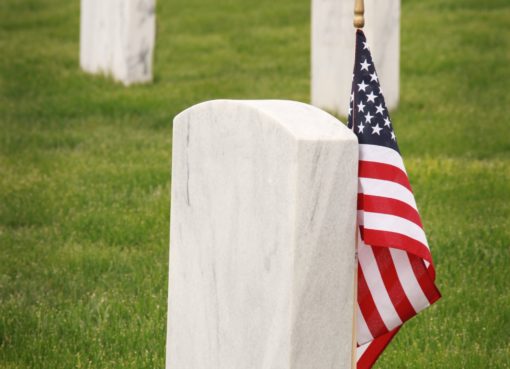