In case this isn’t scammy enough, we get even scammier when we take a closer look at one U.S. Senator’s alleged “crusade for fiscal responsibility” and the unpleasant surprise in her campaign donation records. Also, what in the outer space is Demi Lovato promoting now, and why does it sound so familiar?

We’re usually not ones to play “Monday Morning Quarterback”, so here’s our #WokeMobWednesday read-out of Aaron Rodgers. The library is now open!

And why are you surprised? Why is anyone surprised? He's a crypto bro. (Just look at his Twitter profile!) He believes in chemtrails. Being antivax frequently correlates with other nonsense. It's called crank magnetism. https://t.co/Ih2WY3HfXm

While the NFL is no stranger to America’s “culture war”, it’s nonetheless frustrating to see “Corona Scammers” turn to professional football to advance their anti-vaccine conspiracy agenda. More specifically, Green Bay Packers star quarterback Aaron Rodgers has refused to get vaccinated for COVID-19, had misled his teammates about his unvaccinated status, had threatened the health and well being of his teammates and others who had to work in close contact with him, and has since gone on to publicly promote a litany of fraudulent “coronavirus cures”.

In his interview with The Pat McAfee Show last week, Aaron Rodgers pulled the classic “Corona Scammer” move of wailing over allegedly being “in the crosshairs of the woke mob!” in order to deflect and distract from the lack of medical science to corroborate his claims. As we’ve previously noted on these pages, the incredibly rare side effects from the COVID-19 vaccines (such as myocarditis and blood clots) tend to occur much more frequently with actual COVID-19 infections. COVID-19 itself is also far more likely to harm fertility and sexual health than any of the COVID-19 vaccines. COVID-19 breakthrough infections are much rarer than unvaccinated COVID-19 infections, and hospitalizations and deaths due to COVID-19 breakthrough infections are even rarer.

The moment @AaronRodgers12 lost Terry Bradshaw. “You lied to everyone.” pic.twitter.com/sJVxxTtQrU

And come on, how many more times must we say this? Ivermectin, hydroxychloroquine, and the wide array of “natural” and/or “alternative cures” have not been proven to treat, cure, or prevent COVID-19, no matter how many times Aaron Rodgers insists otherwise on however many podcasts. Is anyone really surprised that Aaron Rodgers is increasingly linking himself to Joe Rogan and others in the “Conspirituality Influencer Industrial Complex”? How much longer before he starts peddling the same nonsense that “KM” and other “BS Beads influencers” spread on their social media channels?

Let’s be real: Aaron Rodgers’ “woke mob” and “cancel culture” sob stories have nothing to do with “censorship” or “persecution”. It’s about consequences – such as NFL fines for health safety violations, State Farm’s quiet pullout of ads featuring Rodgers, other companies’ not-as-quiet cutting of ties to Rodgers, and possibly more (not-exclusively-right-wing) companies thinking twice before they offer Rodgers any more paid endorsement contracts. As we love to say around these parts, actions have consequences. And though we’ve never really done this before, we’ll say it now – Thank goodness for the entire Fox Sports football panel calling out Rodgers’ actions for what they really are last weekend.

This isn’t just about Aaron Rodgers and football. He’s not really saying or doing anything new. That’s the problem.

As we hinted at above, Aaron Rodgers’ latest crusade against the COVID-19 vaccines, science-based medicine, “cancel culture”, and “the woke mob” did not “come out of nowhere”. This has been par for the course for “Corona Scammers” who specialize in monetizing medical misinformation and disinformation. In fact, long-time readers can probably notice how Rodgers’ unproven accusations align so closely with Nicki Minaj’s #ballgate, Naomi Wolf’s wildly absurd (and false) “vaccine injury” allegations, Alex Berenson’s “cancel culture” pity parties, and Bret Weinstein’s “I can’t be wrong because I’m such a genius!” nonsense.

We’ll have to wait and see whether Aaron Rodgers tries to monetize this controversy. But if he does, these and other “Corona Scammers” have already shown how to do it. First, lie about the science. Second, claim you’re “doing your own research” and tapping into “secret knowledge ‘they’ don’t want you to know!” Third, claim victimhood at the hands of “the corrupt establishment”. Fourth, announce new products and/or some pay-per-view online media channel to sell.

Speaking of pay-per-view online media, there’s an oft overlooked streaming service that has gradually morphed into an all-you-can-stream QAnon conspiracy buffet. In case that isn’t troublesome enough, this streaming service has a new celebrity endorser who recently scored even more exposure thanks to a larger mainstream streaming platform.

As we were saying, this goes way beyond Aaron Rodgers and football. Case in point: Demi Lovato and their (other) new streaming gig.

In September, the Comcast-owned and NBC-affiliated streaming platform Peacock premiered Unidentified with Demi Lovato, a show where the singer-songwriter explores the realm of the extraterrestrial with their friends. Of course, Unidentified pores through a smorgasbord of unproven claims and theories about aliens, UFO’s, and a supposed new form of “therapy” for “alien abduction survivors”. But if you’re into UFO’s, the Peacock show appears pretty harmless.

What’s far more concerning is the other online streaming platform that Demi Lovato has announced themself as an ambassador for. At first glance, Gaia seems like a New Age streaming hub for yoga, crystals, and more “alternative spirituality” content. But when we take a closer look, Gaia takes a sharp right turn into QAnon conspiracy land. The notorious “alien lizard people rule the world!” conspiracy king and “Son of the Godhead” David Icke, the notorious anti-vaccine “alternative health guru” Sherri Tenpenny, and Oliver Stone’s similarly conspiracy-friendly son are among the “enlightened figures” one can find in Gaia’s collection of content.

It’s not just who’s in Gaia, but also what they’re teaching: anti-vaccine propaganda, fact-free “alien lizard people” conspiracy theories, anti-5G propaganda, and plenty more mendacious attacks on science-based medicine. It’s unclear whether Demi Lovato themself believes any of this. But then again, it only matters so much how much of this Lovato themself believes. As long as Demi Lovato endorses Gaia, then more people fall prey to this newer and hipper hotbed of QAnon activity.

As we discussed last month, people typically don’t become ride-or-die cultists overnight. It can be a gradual process, and it can be a process that begins as seemingly innocuously as wanting to lose those pesky extra pounds, or wanting to scratch that spooky UFO binge watching itch. We’re not saying you should avoid Demi Lovato’s Peacock show at all costs. However, we are saying that if you spot a Demi Lovato ad for Gaia, now you know what’s actually on the other side (hint: QAnon-tent).

Finally, some notes on some familiar faces on Kyrsten Sinema’s donor list.

Finally, let’s return to “Infrastructure Week” one more time. When we check on her social media, U.S. Senator Kyrsten Sinema (D-Arizona) regularly sings the praises of the Infrastructure Investment and Jobs Act (or the “bipartisan bill”). But on the Build Back Better Act that includes much more of President Joe Biden’s core economic justice and climate change action agenda, Sinema remains publicly elusive (even as Biden seems confident that she and fellow holdout Senator Joe Manchin [D-West Virginia] will come around soon).

Why has Sinema given Biden and the rest of her fellow Democrats such a hard time on their infrastructure and economic agenda? Journalists have gone digging into her campaign finance records for clues, and they’ve found plenty with her rather cozy relationship with the Chamber of Commerce, the Business Roundtable, and other right-wing mega-donors. More recently, we’ve noticed some other familiar faces on Sinema’s money team – a whole lot of the multi-level marketing (MLM) world. PAC’s for Amway, Herbalife, and NuSkin, and an executive tied to Mary Kay have all given the maximum $2,500 donations to Sinema. And even as far back as 2017, Sinema actually said she wanted to “teach other members of Congress and staff about this business model” that’s notorious for locking participants into costly sales funnels under the guise of “starting their own businesses”.

It just so happens that Sinema is the only Senate Democrat who has not declared support for the PRO Act, or the legislation to rein in the independent contractor loophole that MLM’s and “gig economy” giants like Uber and Instacart use to evade minimum wage, health insurance coverage, and other labor rights laws. The Build Back Better Act has major portions of the PRO Act, and Sinema thus far has been publicly noncommittal here too. And when we move to the House, Rep. Steven Horsford (D-North Las Vegas) and 18 more House Democrats are listed as members of the Direct Selling Caucus that’s tied to the MLM lobby. (Editor’s Note: Despite Horsford being on this list, he has publicly stated his support for the PRO Act and the Build Back Better Act.)

When we warn about the dangers of the Democratic Party failing to match their words with their deeds, this is what we’re talking about. We know that Donald Trump has his own extensive record of supporting MLM’s (and even briefly launching his own MLM), and we know that MLM’s like Amway have a long history of backing Republican candidates in exchange for little to no regulatory oversight. But when Democrats fail to convince enough voters that they’re offering a better alternative – and that they’re actually willing to crack down on “business opportunities” where about 99% of participants lose money – this explains why they sometimes lose to Republicans whose substance may hardly ever match their “anti-establishment, populist” style.

As we’ve become accustomed to saying on these pages, always check the facts before signing up for whatever some celebrity “influencer” is trying to sell you. Whether it’s a politician who’s promoting predatory businesses, a musician who’s venturing into extraterrestrial territory, or a major football star who’s preaching the gospel of “alternative wellness”, you’re never obligated to just buy whatever crap they’re selling.

There are reasons why I've written so much about extremist networks like QAnon. They hold far more influence over our country than we've wanted to believe. If we ever want to nurse our democracy into
Read More 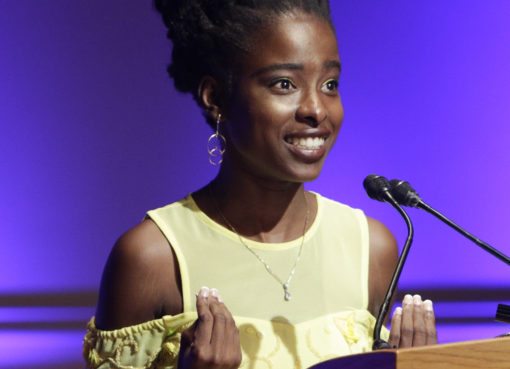