This week, the Nevada State Democratic Party is declaring victory and describing its caucus as “successful” because we got results over the weekend and media outlets quickly declared a winner with no pundits complaining about the long wait for results. Yet while party leaders and media pundits applaud the “successful caucus”, over 100,000 voters are recovering from the long lines, confusing sets of instructions, counting sessions that devolved into shouting matches, and other “complications” that make voting more complicated than it needs to be.

In short, it’s long past time to ditch the caucus, no matter how “successful” it appears to be.

Why is Harry Reid speaking out now?

On Sunday, former U.S. Senator Harry Reid (D) shocked the state and the nation with a press release. In that release, Reid declared, “With so much Democratic enthusiasm in Nevada, demonstrated again by the tremendous caucus turnout this year, I believe we should make the process of selecting our nominee even more accessible. We’ve made it easier for people to register to vote here in Nevada in recent years and now we should make it easier for people to vote in the presidential contests. That’s why I believe it’s time for the Democratic Party to move to primaries everywhere.”

In 2006, Reid successfully lobbied the DNC to include Nevada in its new bracket of four early states in the 2008 caucus and primary calendar. Since 2008, Reid has credited the caucus with his own reelection in 2010 and a decade’s worth of gains that led up to 2018’s “Blue Wave” that cemented Democrats’ advantage here in the Silver State. This is why many political insiders and junkies were surprised by Reid’s sudden shift on the caucus v. primary debate.

Why make them wait?

Yes, the caucus worked better than the national media pundits suggested upon reading select national media reports with “Doom!” and “Iowa: The Sequel!” in their headlines. As a result, Nevada Democrats may not feel the urge to change course the way the Iowa Democratic Party did when Chair Troy Price bolted following the revelation of the “Acronym/Shadow App-ocalypse Now”. Yet just because our caucus worked better than theirs doesn’t mean our caucus worked all that well for the voters who participated.

Disclaimer: I visited an early voting caucus site on Sunday the 16th. Because I arrived early, my wait in line was “only” 50 minutes. Those of us at this site were among the most fortunate voters, as Nevadans elsewhere (especially elsewhere here in the Las Vegas Valley) had to wait two hours or longer just to fill out and turn in their preference cards. Just two days later and just minutes before U.S. Senator Bernie Sanders’ (I-Vermont) UNLV rally began, I spoke with a campaign worker who noted that many of the voters in line had already been waiting for over two hours.

The next day, Make the Road Nevada Action’s Leo Murrieta noted that his mother also had to wait very long in line at her early voting caucus site, at a location that lacked chairs for her and others to sit in while waiting. At least at another early voting site in Mesquite that we were keeping tabs on, the site lead apparently made sure the area had chairs for seniors and people with disabilities to sit in while waiting.

Remember, this is what Nevada Democratic leaders hail as a “success”. They’re high-fiving each other over a system where nearly 75,000 people were forced to wait in line just to turn in preference cards, then another 30,000 had to spend an hour or (far) longer in a room where volunteers had to perform countless counting exercises. No wonder why the Culinary Union members and casino workers fled the scene at Bellagio as soon as they could last Saturday. (No really, most of them had to get back to work and had no more time to waste on counting exercises.)

Why put them through all this?

It’s also not the volunteers’ fault that the party didn’t have enough of them (let alone, enough organizing staff). Early this month, I asked aloud whether the party hired enough staff and recruited enough volunteers to pull off such a labor-intensive and time-consuming series of events, a series of events that only became more labor-intensive and more time-consuming when the party scrambled at the very last minute to repeal and replace Acronym/Shadow with their slapdash Google, iPad, and ultimately pen, paper, and phone line dependent caucus check-in, calculation, and results reporting system.

Now, we know the answer: The party had just enough people on board to subject nearly 105,000 Nevada voters to long lines and long waits, and just enough people on board to get just enough of these voters not to give up in agony, just so that they could boast to local and national reporters about “high turnout” that beat 2016’s in raw numbers, but not in share of the Democratic electorate. Just look at the turnout statistics in our Las Vegas and Reno reports, and you can see for yourself how few voters actually participated.

And finally, here’s why “we’re not as bad as Iowa” just doesn’t work any more.

Believe it or not, “We’re not as bad as Iowa” doesn’t sound as appealing to most voters as the prospect of simply going to a vote center and casting a ballot. Thanks to recent reforms like automatic voter registration (AVR), same-day registration, and (traditional) election day vote centers that mostly work like the easy-in-easy-out early voting system that Nevadans had already come to know and love, Nevada elections are more accessible to more voters than ever before.

So why not just let our voters vote in real primaries that can take full advantage of all these recent voting rights advancements? “We’re not as bad as Iowa” is just not good enough. Having an army of trained election workers handle voter registration, voting equipment, and the actual votes sounds like a more sound strategy than subjecting a smaller pool of volunteers to NDA’s, “strategy shifts”, and “tools” that slow down the iPads and the lines.

“We’re not as bad as Iowa” shouldn’t be the goal any more. And if we insist on shouting “We matter!” on buttons and all over social media, then we need to make sure our voters’ voices actually matter. It’s long past time to move to primaries and place the antiquated caucus system in the dustbin of history where it belongs.

Ever since the first debate, the question has hounded U.S Senator Elizabeth Warren (D-Massachusetts): Where’s the plan? Never mind that she and several of her Senate colleagues technically already had
Read More

Point of Conflict: What Happened to the Background Checks Initiative, and How Might It Be Saved? 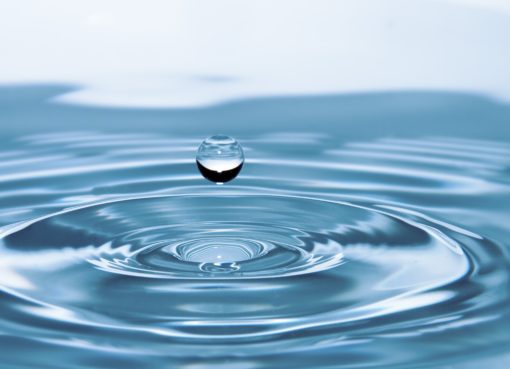