Moments ago, Governor Steve Sisolak (D) admitted, “This is our new normal.” Indeed, as COVID-19 continues to rage across Nevada and the U.S., Sisolak promised a new heightened enforcement system to better protect workers, consumers, and other Nevadans while better targeting businesses he considers “bad actors”.

So how exactly will it work? Well, it sounds like state leaders are still working to figure it out as they’re finalizing the new rules.

So where do we stand today?

Still, we’ve seen a downtick in hospitalizations and deaths in the last five days. However, this downtick comes after we experienced our deadliest stretch of COVID-19 since mid-May. Also, this still means 90 more deaths in the past week, with Nevada’s official COVID-19 death toll reaching 739. And even with the last few days taken into account, Covid Act Now still has Nevada’s infection rate at 1.08, and our daily new cases still average 32.9 per 100,000.

Even with last week’s brief dip, The New York Times still found that Nevada suffered the nation’s fourth highest increase in COVID-19 caseload in the last two weeks, just behind the Gulf Coast states of Louisiana, Mississippi, and Alabama. According to Worldometers, the U.S. has suffered just over 4.4 million COVID-19 infections (overall) and just over 150,000 deaths.

“No more phases: In an effort to create more predictability, we’re moving away from phases.”

While Covid Act Now still lists Nevada’s infection rate at 1.08, Sisolak opened tonight’s press conference with the declaration that the state’s infection rate has finally dropped to 0.99 according to the state’s official data. If that’s the case, then it’s no longer a sure bet that each new COVID-19 infection leads to at least another new infection. From there, Sisolak proclaimed, “Thanks to all of you, progress has been made.”

However, Sisolak also acknowledged the rest of the stats that continue to paint a grimmer picture. As a result, Sisolak ordered heightened restrictions (including bar closures) to remain in place for Clark, Elko, Nye, and Washoe Counties while allowing Humboldt, Lander, and Lyon Counties to reopen all their bars and return to full “Phase Two” reopenings.

But then, Sisolak made this announcement: “One of my main goals has been to create a system of long-term mitigation programs. […] No more phases: In an effort to create more predictability, we’re moving away from phases.”

“We are close to five months in. There are no more excuses. If people do not follow the rules, there will be consequences!”

Sisolak then warned Nevadans, “This is our new normal.” And he promised, “We want to transition to targeting specific outbreaks rather than affecting entire industries.” What this means is that Nevada Health Response will soon release a new mitigation plan that will include beefed up enforcement of the mask rule, social distancing regulations, and other COVID-19-era safety regulations in the hopes of targeting “bad actors” for closure rather than shutting down entire sectors and swaths of businesses.

From there, Sisolak warned any potentially non-compliant businesses, “Please know that the state will be reaching out to you this week with the expectation that you will be stepping up.” He then continued, “We are close to five months in. There are no more excuses. If people do not follow the rules, there will be consequences!”

Following weeks of criticism that the state’s “educational route” of encouraging compliance has allowed too many “bad actors” to slip through the cracks, including some big “bad actors” on the Las Vegas Strip, Sisolak framed the new enforcement system as a fairer system that rewards good business ethics and punishes bad business practices. Yet when asked about how this new enforcement system will work in the gaming industry, Sisolak replied, “Casinos are our largest employers. […] They are working closely with me on mitigation measures. We will continue to monitor them closely.”

“It’s very important that everyone in Nevada has a chance to vote in a safe manner.”

Following the conclusion of the budget (cut) focused 31st Special Session of the Nevada Legislature, civil rights activists have been asking when the 32nd Special Session will begin and address the matters of police brutality, voting rights, workplace safety, and unemployment system reform that Sisolak has been promising since June. Sisolak’s response? “It’s my goal to have it begin as soon as this Thursday.”

Then when asked whether or not he agrees with Secretary of State Barbara Cegavske’s (R ) insistence on holding a traditional vote-in-person election this fall, Sisolak just responded, “It’s very important that everyone in Nevada has a chance to vote in a safe manner. I certainly want the ability of all our citizens to vote, and not to have people choose whether to vote or to stay safe.”

So far, Carson City insiders generally expect the Democratic-run Legislature to make voting by mail more readily available, closer to what Cegavske herself ordered for the June primary. It’s still unclear what exactly they will do to prevent the recurrence of the long lines that in-person voters experienced at the very few in-person sites available in June, but Sisolak pretty much hinted that whatever Cegavske had planned probably won’t be rubber-stamped by the Legislature when they return to special session. 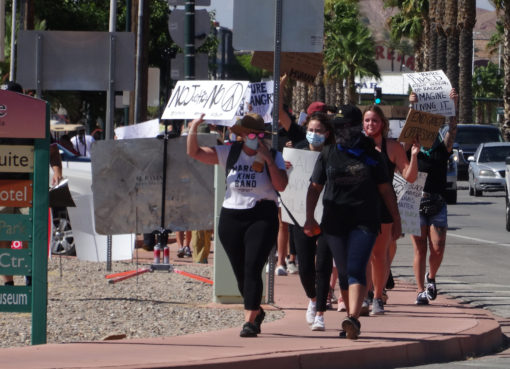 Why Was Jacob Blake Shot? 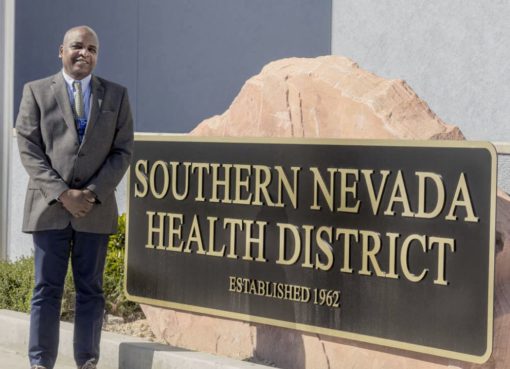