Originally posted at: THEY HAD IT COMING!!!
https://thinkweiss.substack.com/p/they-had-it-coming 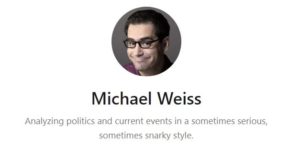 Almost a decade ago, Ian Fletcher published a piece entitled Why Free-market Economics Is a Fraud. Among the key takeaways:

Nobody with any wits about them really believes in free markets. People believe in them when it’s in their interest, but not when it’s the other way around.

Surely this is the current sentiment of hedge fund managers who, after getting their assess handed to them by a bunch of “amateur” investors on Reddit, seem to suddenly like the idea of market regulation. Additional regulations, however, may not be needed as the “market” is already “correcting” itself. Some omnipotent “invisible hand” wagged its finger at Robinhood so furiously that buying of GameStop shares on the company’s platform grounded to a halt. Robinhood is currently mired in a class-action lawsuit, but Google, using its own “invisible hand”, has come to the rescue by making negative reviews about Robinhood magically disappear. Robinhood may want to consider rebranding itself as Nottingham, Inc.

There is also talk about stopping trading when “unusual activity” is linked to “social media chatter”. There are even calls for shutting down online forums where such “chatter” takes place. This is quite interesting because I don’t recall any fat cats publicly advocating for online censorship after the Capitol was invaded. Maybe that terrorist attack didn’t mess up their portfolios too badly.

Frankly, I have no sympathy for the current plight of hedge fund managers: they are the antithesis of what the “free market” is supposed to be about. To begin with, hedge fund managers make their windfall profits by gambling with (whoops, I mean “managing”) other people’s money, not necessarily their own. Hedge fund managers get paid “management fees” regardless of how their funds perform and receive a sizable percentage of the profits when the hedge funds perform well. Naturally, this setup incentivizes taking massive risks to maximize profits. If you had millions or billions of dollars to invest with little or no risk to you personally, what would you do?

Perhaps you’d try betting against (sorry, I mean “short selling”) a company that appears to be in danger of going under. This is a “free market” after all, so what’s wrong with trying to profit from other people’s misfortune? And, what could possibly stop you? Some random “chatterboxes” buying stock in the same company you’re short selling? Oops!

These random chatterboxes successfully gave the “hedge heads” a taste of their own medicine. And yet, contrary to the free-market dogma, the investors who pulled this off seemed to be motivated less by profit potential and more about punishing the top 1%. If anyone has the right to claim the “Robin Hood” moniker, it’s the Redditors on WallStreetBets. “Reddit Hood” has a decent ring to it.

Progressives have been screaming for Wall Street reforms and regulations for decades. This episode makes the argument for a “correction” very compelling, but don’t get your hopes up. Any new regulations will likely be designed to protect Wall Street tycoons at the expense of everyone else. Who do you think most of our legislators are taking money from?

Nevertheless, this episode has highlighted the extent to which the market is rigged in favor of a handful of ruthless profiteers who will do anything and everything possible to preserve and expand their wealth while denying the masses any hope of achieving the so-called “American Dream”. In many ways, “Gamestonk” proved to be an example of modern-day class warfare, and it appears that the people won this battle. But, we still have a long way to go in terms of crushing the free-market farce and creating a fair society where opportunities for financial success are open to everyone.

If you didn’t like this article… please do all those things anyway. Maybe you’ll like the next one! 😁

During the opening hours of the 31st Special Session of the Nevada Legislature, state policymakers heard from the Governor’s Budget Office, public education leaders, and even some “civilian” constitue
Read More