Moments ago, President Donald Trump made the long-awaited announcement that he will sign a continuing resolution to fully reopen the federal government. For the past month, large chunks of the federal government have been closed due to Trump’s last-minute brinksmanship over his long-desired border wall. It’s already begun costing Nevada and the nation a great deal, but it apparently took the mass delay and cancellation of flights across the Eastern Seaboard, another Trump-Russia indictment, and one more round of terrible poll numbers (for Republicans) for Trump to finally cave.

A final reminder of how the shutdown has hit home

But of course, considering Las Vegas’ reputation as “The Entertainment Capital of the World”, officials near and far have kept a close eye on McCarran Airport to see how the shutdown affects air travel and our larger tourism-dependent economy. TSA workers have already had to make the tough choice of working without pay or calling in sick to find some kind of “side hustle” that actually does pay, and that has already impacted air travel in terms of longer waits at security checkpoints. And with TSA workers and other federal airport workers, such as air traffic controllers, increasingly in short supply, there’s been fear of the shutdown causing an even more severe crisis that would cripple air travel across the nation.

On the other side of the nation, that fear became reality as air traffic at LaGuardia Airport in New York City ground to a halt. Within minutes, this became even bigger news as the LaGuardia traffic jam triggered flight delays and cancellations across the Eastern Seaboard. While East Coast airports are beginning to recover, this right here illustrates the clear and present danger for our continually busy airport and our tourism industry that relies on people going in and out of our airport every day.

So Trump finally blinked. Why did it take so damned long?

Question for the President: How can you cast this as anything other than a wasted five weeks of (financial) pain for Americans caused by you?

Hot on the heels of the LaGuardia traffic jam and delays hitting other airports, Trump announced he’d finally accept a continuing resolution that’s very similar to the one he was set to sign last month, before he abruptly changed his mind and triggered the longest federal government shutdown in U.S. history. So what changed? Obviously the wave of flight delays caused another wave of bad publicity for Trump, but let’s review the bigger picture here.

Even though Trump and his administration didn’t really care about the consequences of their actions, most American voters did. A new ABC-Washington Post poll confirms other recent polls showing that most voters blame Trump for the shutdown, and that voters care far more about reopening the government than building Trump’s border wall. So now, Trump will instead allow the federal government to fully reopen once Congress passes another continuing resolution and prepares for yet another debate on “border security”.

A key breaking point hit yesterday, when  both of the Senate’s dueling appropriations bills failed to reach the 60-vote threshold required for cloture. Though both plans failed, the Democratic plan with no border wall funding attracted more votes than the Republican plan championed by Trump, signaling the growing angst among Senate Republicans as the shutdown dragged on. On both counts Senator Catherine Cortez Masto (D) stuck with her party (voting against the Trump-GOP plan and for the Democratic plan), while Senator Jacky Rosen (D) missed the votes due to an injury she sustained while walking in the MLK Day Parade here in Las Vegas.

For the most part, Mueller’s investigation has been more of a slow burn while other matters have quickly emerged to capture the larger American public’s attention. But while Trump-Russia hasn’t been much of a political burden for the White House up until now, it’s always posed the most legal danger for them while illustrating why Trump’s cozy relationship with the Russian government threatens our national security. And now, Stone’s arrest shows how an “old-school dirty trickster” found a new lease on life by playing a role in the Russian government’s efforts to gain influence and control over our American government.

Against this backdrop of renewed focus on Trump’s relationship with Russia and continuing outrage over the “border security” themed shutdown that has actually been endangering our national security, something had to give. So now, Trump’s essentially accepting the same deal he was poised to accept before he rejected it some 36 days ago. While there will probably be more Sturm und Drang surrounding Trump’s desired border wall, it remains as irrational, irresponsible, and implausible now as it did last month… But at least Trump has another three weeks to talk about his signature campaign issue while he continues to try to get us to forget his shutdown that caused a month’s worth of unnecessary pain, his deportation regime that continues to inflict pain on millions of immigrants’ lives, and his Trump-Russia scandal that exposes his “security” heavy facade.

Obstruction Case Against Trump To End: The Russian Investigation Continues

Editors Note: Robert Mueller may end the obstruction of justice phase of his investigation of Russia's effort to influence the 2016 Presidential election no later than July without interviewing Donald
Read More 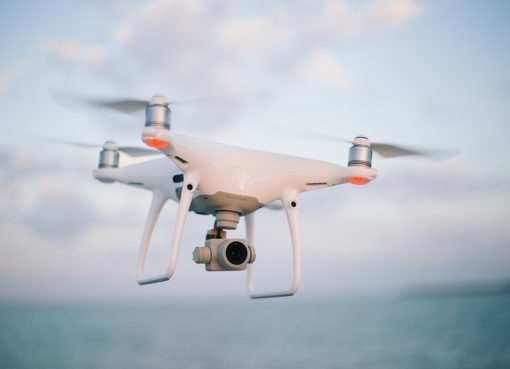 Las Vegas, Nev. – U.S. Senator Catherine Cortez Masto (D-Nev.) announced that the College of Southern Nevada (CSN) has been certified as one of the schools under the Federal Aviation Adminis
Read More