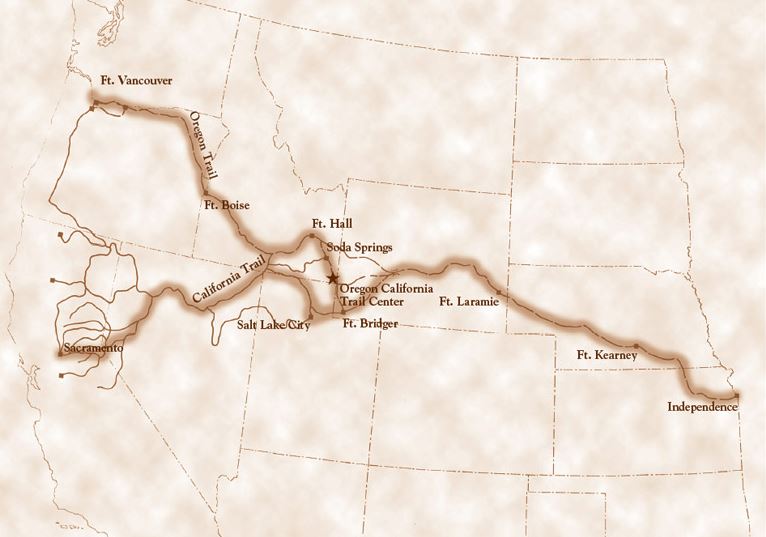 It was in the spring of l850 when they left. They probably started from independence, Missouri, as the old California Trail began there.

“Keep this always, wilt thou, Nancy?” She said as tears filled her eyes.

Nancy nodded her head, and stared at the ring, unable to speak. Then she threw her arms around Aunty Sarah, and Aunt Sarah held her close.

“Don’t forget me, Nancy”! she whispered.

Little did Aunt Sarah know what the strange fate of this ring was to be, or that 168 years later, others would read about it.

John sold his home and business and everything he had at a sacrifice, but it was enough for a good outfit.  He figured that was the only thing that they could count: to have an outfit that would stand up through this long hard trip of 2,200 miles. He wasn’t worried if he should not have much money left over after the trip. After all, a pick and shovel would furnish all the gold he needed.

river. His was “heartbroken,” however, when the slaves got near California, they disappeared, and he never saw them again.

When it came time to pull out of Independence, most of the people in the covered wagons were laughing and waving goodbye to their folks and friend. The friends waved back to them. Many were laughing. Most of them were crying.

Chain rattling and boards creaking the wagons began to move. There were about twenty wagons in a company.  Sometimes they moved along four abreast, and sometimes they went in a single file. It all depended on the kind of ground. There was a chuck wagon in the rear. Some people brought goats instead of cows. Many of them brought their dogs and cats. Some brought their canaries.

That first night that they camped the people kept telling each other that it was just like a picnic and that there was “nothing to be afraid of there,” was there?

One woman’s voice rang high and clear, but with a nasal grating noise, the rose above all other sounds.

“Folks,” she said, “I know one thing for sure, we needn’t be afraid of bad Injuns, or wild animals or anything else, cause if nothing else will scare em off, my singing will.” She then sang,

“Mae, dearest Mae,” one of the favorite songs of the Overland Trail to prove her point: “Mae, dearest Mae, you’re lubbly as the day, your eyes are bright day shine at night. When the moon am gone away.”

One man said under his breath to his wife: “I agree.”

The “Trail” which lay ahead of them through the wilderness was to cut through five states as we know them to day: Kansas, Nebraska, Wyoming, Idaho, and Nevada. Some trails also cut through south east Oregon. 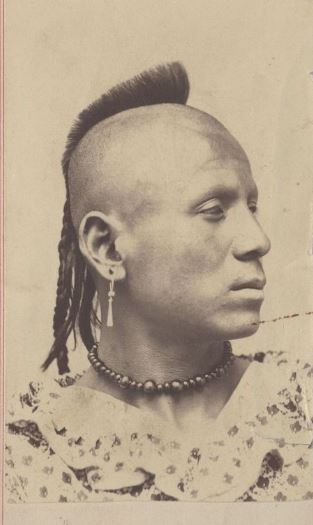 Kansas. The men said it was Pawnee country. There were plenty of Indians. They would race by the wagon train whooping wildly and then suddenly they would disappear. At night they would light fires to frighten the travelers. The men said that the Indians were the Pawnees called the “Wolf Tribe.”  Their main occupation was to steal horses from the Sioux. The Sioux would than steal the horses right back. That was their business. Naturally, the Pawnees and Sioux were enemy tribes.

Rob turned his back square on Kate and shouted:

“Look over at those willows!  I saw Indians jump behind the willows.”

Kate, with her keen eyes, said:

“I can’t see no string or feel no wind! Those are Pawnees in them willows! Pawnees, I betcha! They Steal! They steal horses! They call those Pawnee’s wolves! Wolves!”

Rob suddenly wheeled around on Kate and leaned over her with his big staring eyes.

He pointed out toward a clump of willows, and lowering his voice to a horse whisper said:

“I saw them go behind those willows over there. That’s where I saw them!”

They lagged behind the train and unyoked the lead two oxen when up to the bank from behind some thick willows rode two naked Indians.  They wore little breech-cloths. They said:

Father and mother said “hello”. The Indians laughed and rode nearer the wagon.  They looked at the oxen and up the road to where the last of the wagon train had just gone around a bend.  Then the Indians looked back down the way we had come.  They rode up real close to the wagon and looked all around.  Father reached up to the wagon seat and took down his rifle, and mother came over close to me. Rob had his rifle, but it was up in the wagon.  He walked over close behind father.

One of the Indians looked down at Nancy who had been walking along the wagon and grinned.

“How many ponies for a girl?” he asked father.

Father shook his head and said: “No sell girl.”

“Fifty ponies for a girl!”

Father looked mad.  He shouted: “No sell girl!  Get in the wagon, Nancy!”

He leveled his gun on the Indians.  Mother shoved her back to the wagon and grabbed the axed. The Indian said to Nancy:

He threw himself down on the side of his horse and caught Nancy’s hand and clawed off the ring on my finger.  Then the two Indian jumped back on their horses, and they leaped the bank of the creek.

Father re-yoked the oxen.  He knew that the Indians would be back with more Indians.  Though they might wait until dark.  We children stayed in the back of the wagon, and Rob kept a lookout from the back.  Mother sat on the seat beside father with his rifle across her lap.  Father stood up whipping the oxen into a run. Mother was ready to take over the reins and do the driving if father had to use his gun.  In about an hour we caught up with the wagon train.  We never lagged again.

Nancy’s ring was gone forever.  The lovely ring that Aunty Sarah Crowell had slipped on her finger at parting and told her to keep always.  Nancy always kept it in her memory.  For the rest of her life, she would tell the story of the ring.

Now that “Infrastructure Summer” came and went without any legislation ready for President Joe Biden’s signature, Biden and Congressional Democratic leaders are now rushing to put together a final agr
Read More

Debrief/Debunk: Notes on the Very Real Danger of COVID-19 and the Novel Coronavirus

In order to successfully manage the COVID-19/coronavirus outbreak, we all have to come together to help each other… And that begins by maintaining at least six feet of physical distance between each o
Read More 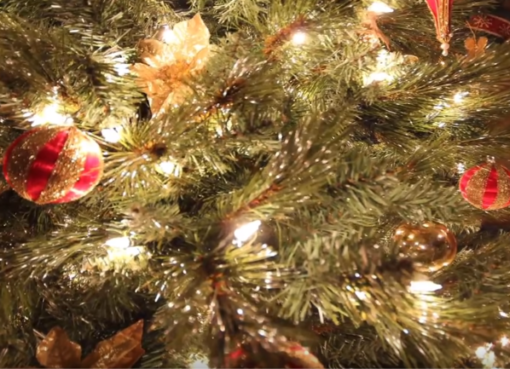