America is currently enduring a coup. So far it appears that outgoing President Donald Trump is failing at his coup d’etat, but the fact that this is happening at all and the fact that so many other people in power have endorsed this coup are more than frightening enough.

“Well, Mr. President, the challenge that you have is, the data you have is wrong.”

On Sunday The Washington Post released a bombshell report, complete with an hour-long audio receipt, on Donald Trump’s demand to Georgia Secretary of State Brad Raffensperger (R) that he “find 11,780 votes” to steal Georgia’s 16 Electoral College votes away from the rightful winner of last year’s election, President-elect Joe Biden. Yet despite Trump repeatedly threatening Raffensperger during this call last Saturday, Raffensperger responded, “Well, Mr. President, the challenge that you have is, the data you have is wrong.”

Also during this call, Trump often repeated, “There’s no way I lost Georgia,” despite the ample evidence proving that Trump indeed lost Georgia. He’s just furious that Georgia Republicans like Raffensperger and Governor Brian Kemp (R) have confirmed that Joe Biden actually did earn 11,779 more legally cast votes than Donald Trump in the Peach State, that the Georgians who voted by mail cast just-as-valid ballots as those who voted in person, and that black and brown voters committed no “fraud” by simply exercising their legal right to vote.

Of course we’ve suffered similarly cruel nonsense here in Nevada, albeit not quite as intensely as our poor colleagues in Georgia thanks to local election offices, Governor Steve Sisolak (D), Secretary of State Barbara Cegavske (R), and state courts shutting Trump’s s–t down fairly quickly… And for that matter, Biden winning Nevada by a larger margin of 33,596 votes.

Listening to the full hour-plus version of the audio the @washingtonpost obtained of the call between Trump, Mark Meadows and others, and Brad Raffensperger and his team. Honestly, it sounds like an episode of "Intervention." https://t.co/mguHnG5FOM

“Fellas, I need 11,000 votes. Give me a break. We have that in spades already." Ahead of his Senate runoff rally, Trump is demanding Georgia's Secretary of State reverse the outcome of his defeat. #gapol #gasen https://t.co/QkFRRrXnxM

In the lead-up to tomorrow’s official count of the Electoral College votes in Congress, an event that had traditionally been viewed as merely a ceremonial conclusion to an already decided election, we’re instead being subjected to another round of psychodrama fueled by disinformation. When he hasn’t been pardoning criminals who (like him) take part in an extensive transnational crime syndicate, Trump has continued to lie about his performance in the last election, and he’s continued to demand that other Republicans propagate the lie in order to keep him in power.

Despite the ample evidence proving that Joe Biden won the election, including from experts whom Republicans had chosen to investigate “fraud”, at least 140 House Republicans and at least 12 Senate Republicans are apparently planning to challenge the Electoral College results tomorrow. If this comes to fruition, we may have to wait until Thursday for Congress to finish voting to formally accept Biden’s victory.

But then again, as far-right militias have already begun to launch violent attacks on Washington, D.C., more and more of the “very serious people” who regularly downplayed the severity of Trump’s attempt to pull off this coup, just as they repeatedly downplayed the severity of Trump’s efforts to amass more power for himself, are once again scrambling to explain why they’re constantly so “seriously” wrong about nearly everything.

Yes, this is still a crisis. No, we can’t afford any more “very serious” revisionist history.

This is from my book HIDING IN PLAIN SIGHT. I wrote it in 2019 knowing it would be published in 2020. I hoped it would be outdated. It's not.https://t.co/xTWx48ffDU pic.twitter.com/fhu7Rllcnb

I hate that I often sound like a broken record, but we still can’t say this enough: Biden won fair-and-square, and Trump is the one seeking to “rig the system” in his favor. We also can’t say this enough: Donald Trump is simply the personification of Trumpism, and we’re doomed to continue this cycle of fascist flirtation that can very well lead to an authoritarian takeover unless and until we break the cycle once and for all.

If you’re still doubting the severity of this crisis, just look at what’s happening inside the Republican Party. Here in Nevada, the once lauded arch-conservative Barbara Cegavske is now being labeled as a “RINO” because she didn’t rubber-stamp whatever nonsense Adam Laxalt has been cooking up in his Breaking Bad style frivolous lawsuit factory. And even before Trump’s “perfect call” last Saturday, U.S. Senator Lindsey Graham (R-South Carolina) had already called Raffensperger to threaten him over his refusal to overturn the Georgia election results. When one of the nation’s major political parties is having an existential crisis over whether or not to accept election results, that tends to be anything but a sign of a healthy democracy.

The damage isn’t just Trump’s direct efforts to overturn the election. It’s that we’ve desperately needed federal leadership, coordination, and funding to accelerate the vaccine rollout, and instead, the President and his enablers are spending their time yelling at Georgia’s SoS.

As we’ve frequently documented on this site, and as we painfully detailed again yesterday, the COVID-19 pandemic remains very real and very dangerous, largely thanks to the Trump administration’s refusal to take action to stop its spread. As we’ve already noted in these pages, and as a certain “Club of 63” will soon have to contend with in Carson City (again), our Nevada state government is being strained to its potential breaking point thanks to inadequate federal assistance. And when it comes to a host of other crises, including the ongoing turmoil that Trump has subjected our national security officials to and the global security crisis that Trump has exacerbated due to his insistence on furthering rather than alleviating climate change, we’ve already lost so much time and so many opportunities to dig out of the hole instead of just fall further behind.

We should never forget the valuable lives and the critical time that we’ve lost as a nation thanks to Trump’s insistence on saving his own power instead. While we obviously can not turn back time and undo what’s already been done, we can and we should turn away from these past mistakes. We can, we should, and we must strive for better as a nation, if for nothing else just for the sake of human survival.

NEW: The LA County EMS has directed ambulance crews not to transport patients with little chance of survival to hospitals, and to conserve the use of oxygen. Per ⁦@alexandrameeks⁩ pic.twitter.com/9Hnlnc7JaP

As an already weary and beleaguered nation looks ahead to tomorrow’s Congressional acceptance of the Electoral College result, and then prepares for the final two weeks of mayhem before President-elect Joe Biden can finally take office, we can’t lose sight of why we’re in this mess to begin with. Instead, we must take account of all that’s gone wrong in order to know how we can make it right.

If we want to escape this crisis of crises, we first need to realize how bad it actually is, then we need to begin climbing our way out. It seems so simple. Yet as we’re all witnessing in Georgia, here in Nevada, on TV, and all over the internet, we can’t even count on a simple vote count being accepted as such, and that’s a real problem.

Word to Democrats: Fight to Win

Every action has a reaction. I suspect that's something far too many Washington politicians have forgotten. As the Trump administration barrels on to fight for it all, progressives are fighting back..
Read More 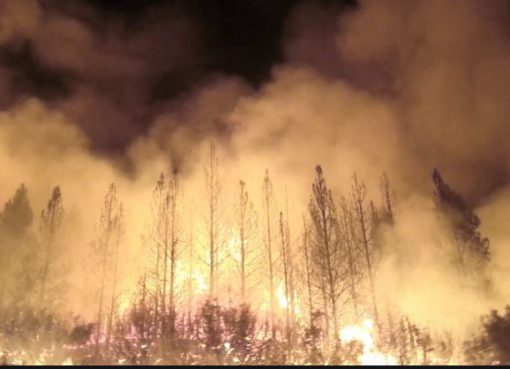 “Think About What People Are Talking About at the Kitchen Table”: Rosen Offers Advice in Advance of the AFSCME Forum

Hot on the heels of the second round of debates in Detroit, and just hours before most of the Democratic presidential candidates return to Las Vegas for the AFSCME Public Service Forum, U.S. Senator J
Read More