Remember when the federal government offered enhanced unemployment benefits? It seems like a long time ago, but the CARES Act provided four months of a $600 weekly unemployment income boost that expired in July.

Some four months after the House passed legislation to extend and expand relief programs, Washington remains stuck in its usual stalemate. What will it take to break the logjam?

Back in July, we watched as award-winning economists Raj Chetty and Mark Zandi explained why CARES Act and Families First Act programs like expanded unemployment aid, SNAP food aid, and the Medicaid FMAP were the most effective in preventing further collapse of the U.S. economy. As Chetty pointed out in July, “If you look at why GDP [or the national gross domestic product] fell last quarter, it’s because of consumer spending. The fundamental reason is that consumers are spending less.”

Yet despite the sizable chorus of economists who have called for more and better targeted relief funding to prevent this COVID-19 induced recession from becoming a full-fledged depression, CARES Act programs like enhanced unemployment income expired. President Donald Trump made headlines in August when he announced the “Lost Wages Assistance” program, but that only offered $300 in weekly income and it was funded by FEMA. And of course, FEMA has already been running out of “Lost Wages Assistance” money this month.

Even though Nevada was approved for “Lost Wages Assistance” earlier this month, qualifying claimants likely won’t get any more than $900 (total) some time next month. And while this month’s government funding deal secured by House Speaker Nancy Pelosi (D-California) includes $8 billion in food aid, that may only scratch the surface when over 22 million American adults are struggling with food insecurity. With at least 33 million Americans still out of work and/or losing pay, why isn’t this more of a priority on Capitol Hill?

“We all came together and produced a framework called ‘March Towards the Common Ground’. We think this has provided the basis to restart negotiations on the HEROES Act.”

Today, Rep. Susie Lee (D-Henderson) held a virtual roundtable discussion with Nevadans who’ve been struggling with unemployment and lost wages this year and provided some updates on the ongoing stalemate that’s been in place since the House passed the HEROES Act in May to extend CARES Act programs and provide additional aid. While Lee signed onto the bipartisan “Problem Solvers Caucus” $1.5 trillion COVID-19 aid proposal earlier this month that includes eight weeks of $450 weekly unemployment income and $500 billion for state and local governments, it’s unclear whether Congress has enough votes to pass any new relief package before the end of the year.

During the program, Lee voiced hope that the “Problem Solvers Caucus” proposal revived the possibility of additional aid passing this fall: “We all came together and produced a framework called ‘March Towards the Common Ground’. We think this has provided the basis to restart negotiations on the HEROES Act. [Pelosi] and [Treasury] Secretary [Steven] Mnuchin are back at the bargaining table.”

Lee then pointed out that under Pelosi’s new $2.2 trillion “HEROES 2.0” proposal, Nevada’s state and local governments will receive $4.5 billion. In addition, public schools across the country will receive $225 billion to prepare for a safe reopening of in-person classes, and it includes $75 billion for public health officials nationwide to boost their testing and contact tracing efforts.

Not only was Lee speaking about the state of aid negotiations, but she also listened as several locals explained the dire state of the economy for most Nevadans and Americans. Matt Kimball, a member of International Alliance of Theatrical Stage Employees (IATSE) Local 720, pointed out that since March, “Most of our members have been out of work. I’ve been out of work.” And contrary to outside pundits’ speculation of what Nevadans think of Trump’s demands for rapid reopening en masse, Kimball also noted, “Quite frankly, it’s not safe to have conventions again yet.”

Former State Senator Patricia Farley (I-Las Vegas), who owns and runs her own construction company, stated, “The CARES Act was critical to us in keeping people on the payroll.” But even then, Farley pointed out, “We’re one of the largest construction firms here in Southern Nevada, and we’re only at 50% [of pre-COVID-19 payroll].”

Farley warned that absent renewed federal aid, this recession will only worsen: “It’s already horrific. It’s about to become catastrophic without additional aid.” She then added, “This is getting to the point where kids get dropped off at Child Haven because mom and dad have to go out and look for work.”

Jeana Blackman Taylor, a performer at Cirque du Soleil’s Ka at MGM Grand, stated, “We’ve seen our savings go down, and we’re scraping by to get through these times of uncertainty.” Though her spouse has since found work, she has not, instead going back to college (virtually) while caring for their kids at home. Contrary to First Daughter Ivanka Trump’s assertion that out-of-work Americans can always “find something new”, Blackman Taylor said, “It’s not like [Las Vegas entertainment workers] can travel to another state and pick up work. They’re closed everywhere.”

“We need to do something for our people.”

Trump and 2020 Democratic presidential nominee Joe Biden will debate tonight in Cleveland, Ohio. Moderator Chris Wallace (of Fox News) is expected to ask about COVID-19 and the economy, but we’ll have to wait and see whether Wallace specifically asks about the kind of hardship that these and many more Nevadans are experiencing.

And yet, Nevadans like banquet server Samantha Vernon can’t afford to wait much longer. During today’s event, Vernon said that she may have to leave Las Vegas if she can’t find new work or get additional aid soon. As Vernon explained, “Wherever I go for a job, I’m told that I’m overqualified or I can’t get another job because of my work on the Strip.” She thanked Lee for her efforts to secure more relief aid, and she had a message for the White House and the rest of Congress: “We need to do something for our people.”

https://www.youtube.com/watch?v=ZqOGHnRGenQ In horrifying "not surprising any more because we knew it would be this bad" news, the new United Nations Intergovernmental Panel on Climate Change (IPCC
Read More 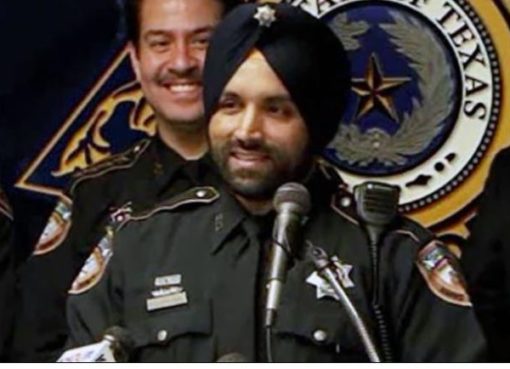