Today is the first day of the 2019-20 school year for Clark County School District (CCSD) students and staff. In another time, this would just be a day when we’d notice all the school buses all around town, and all the parents and kids giving each other teary goodbyes and best-of-luck wishes in the parking lot.

This morning, Rep. Susie Lee (D-Las Vegas) and Clark County Commissioner Michael Naft (D) greeted students, parents, and educators outside the Roger Gehring Academy of Science and Technology and Roberta Cartwright Elementary School in Silverado Ranch (near Henderson). They had originally planned to come here to highlight school zone safety and remind residents to slow down for kids heading to class. But in light of recent headlines of mass shooting attacks, hate crimes, and even a thwarted plot to launch terrorist attacks here in Las Vegas, Lee and Naft answered our questions on what must be done to address these threats and keep constituents safe.

“We’re all in this together to keep our kids safe, keep our schools safe, and getting kids to and from school safely.”

Last Thursday, the Nevada U.S. Attorney’s Office announced the arrest of a 23 year-old man who was planning to attack a local synagogue and a bar that serves our LGBTQ+ community. In addition he was talking about possibly targeting the Nevada office of the Anti-Defamation League (ADL), and he was communicating with a larger online network of white supremacists who encourage attacks on the federal government and historically oppressed communities. This came less than two weeks after a mass shooting attack in Gilroy that appears to be motivated by white nationalist extremism, and this came less than a week after the El Paso mass shooting attack that’s more clearly been identified as a white nationalist terrorist attack.

Against this tragic backdrop, CCSD went ahead with welcoming the community, including some 320,000 students from across Clark County, back to school today. As Clark County Commissioner Michael Naft pointed out, “Unfortunately, we don’t need any more reminders to be vigilant. For better or worse, we are always on guard here.” And he meant it, as CCSD Police, Las Vegas Metro Police, and additional security forces were keeping watch on Gehring Academy and Cartwright Elementary this morning.

Naft stressed that the county, the school district, and other local authorities are working in partnership to keep students and the larger community safe throughout the region. For Naft, “We’re all in this together to keep our kids safe, keep our schools safe, and getting kids to and from school safely.”

“This is domestic terrorism, and it needs to be treated with the same vigor that we apply to foreign threats.”

Rep. Susie Lee soon arrived at the campus, and she also spoke with us about the serious threat behind all these recent headlines: “This is an incredibly dangerous time in our country. This is domestic terrorism, and it needs to be treated with the same vigor that we apply to foreign threats.”

Lee noted that she and her fellow Nevadans in Congress have been in contact with the FBI, both thanking them for “being on top” of last week’s threat of attacks and requesting additional resources for terrorism prevention programs here in Nevada. However, in light of recent reports of the Trump administration diverting resources from counterterrorism programs specifically designed to head off the kinds of threats that materialized in Gilroy and El Paso and the ongoing reminders of Trump’s own words and deeds being interpreted by white nationalist extremists as some kind of permission to act, Lee faulted the White House for failing to take this threat more seriously.

According to Lee, “Leadership starts at the top. The rhetoric that has come out of this administration has been full of fear and division and hatred, quite honestly. I think the American people have woken up, and they will continue to put pressure on this administration to have some more tolerance.”

“Mitch McConnell, in my opinion, is a coward. He’s letting the NRA dictate what he does as Majority Leader. The American public needs to demand that the Senate act on these bills.”

We also spoke with Lee about another major factor in these mass shooting attacks: Guns. After noting the House’s passage of two background checks bills meant to close loopholes that currently allow those who otherwise aren’t supposed to possess firearms to obtain such weapons, Lee noted, “These are measures that are supported by 90% of Americans. It makes no sense to me.” She continued, “[U.S. Senate Majority Leader] Mitch McConnell [R-Kentucky], in my opinion, is a coward. He’s letting the NRA dictate what he does as Majority Leader. The American public needs to demand that the Senate act on these bills.”

Lee then confirmed that House Democrats are considering sending additional gun violence prevention bills to the Senate, such as an updated assault weapons ban and a national version of the “red flag law” that was included in the final AB 291 package that Governor Steve Sisolak (D) signed into Nevada law in June. When asked whether the House will consider a the kind of permit-to-purchase gun licensing proposal that Senators Cory Booker (D-New Jersey) and Elizabeth Warren (D-Massachusetts) and South Bend Mayor Pete Buttigieg have all endorsed , she suggested, “I think it’s something that will be considered.” From there, Lee pivoted back to the bills already passed or currently moving in the House: “We respect Second Amendment rights, but I believe assault weapons are designed for military action, and they should be used that way, not [in a civilian environment].”

Despite President Donald Trump’s occasional flirtations with support for stronger gun laws, neither Trump nor McConnell has promised any action on the House-passed background checks bills or any new gun safety legislation for the Senate to vote on any time soon. Rep. Steven Horsford (D-North Las Vegas), who sits on the House’s Gun Violence Prevention Task Force, joined his task force colleagues last week to demand that McConnell end August recess immediately and schedule votes on the House-passed bills. And in the meantime, Rep. Dina Titus (D-Las Vegas) has joined Senator Bob Menendez (D-New Jersey) and fellow Reps. Diana DeGette (D-Colorado) and Ted Deutch (D-Florida) to renew their push for legislation to ban high-capacity magazines designed to enhance guns’ firepower.

“You don’t want another example of someone coming to Nevada to purchase weapons to use in another state where it’s more difficult to obtain such weapons.”

As we’ve been witnessing, Lee and her fellow Nevada Democrats in Congress have run into roadblocks installed by McConnell to prevent legislation like background checks expansion from advancing to Trump’s desk (where he’s often threatened vetoes). In the meantime, what can be done closer to home to address these threats?

Naft thanked state leaders for taking such action earlier this year to expand background checks, enact a “red flag law”, and ban the kind of bump stocks used in the 1 October Shooting: “I think Governor Sisolak and the Legislature did a great job in prioritizing gun violence this past legislative session. They did more than has ever been done in the history of our state.”

However, Naft pointed to the tragic Nevada connection to the Gilroy Shooting in noting what else can and must be done in this state on gun violence. As Naft stated, “You don’t want another example of someone coming to Nevada to purchase weapons to use in another state where it’s more difficult to obtain such weapons.”

Meanwhile, Naft again stressed that local authorities are doing all they can to prevent future tragedies. At least at this Silverado Ranch street corner near two elementary schools, all was calm as parents in cars were lining up to drop their kids off at school, and as other students were crossing the street to get to school. If even for just this moment, thoughts of threats near and far subsided as the Congresswoman, the Commissioner, and a crew of public safety officers welcomed these students to their first day of school.

As the COVID-19 pandemic continues to intensify here in Nevada and throughout the U.S., we’re seeing more and more promises of magical “coronavirus cures” coming to our rescue. In what we’re going to
Read More 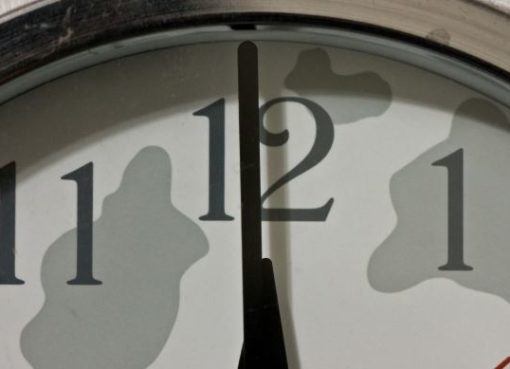 Donald J. Trump’s decision to suspend the 1987 Intermediate-Range Nuclear Forces Treaty [i] with Russia is another, among many, indications that we are moving into a new arms race pushing the d
Read More

Sisolak to Nevada: “Do Your Part” to Stop Further Spread of COVID-19