How many times have we heard this after another mass shooting: “Why don’t we talk about mental health?” Even in the three years since we first launched this site, I’ve lost count of all the times opponents of gun safety legislation have turned to “mental health” as their go-to talking point.

Honestly, I’m sick and tired of it. And really, we all need to stop falling into this terrible trap and dishonest trope.

Why are conversations about gun violence prevention all too often derailed over “mental health” talking points?

In the immediate aftermath of last week’s Georgia shootings, even some law enforcement officials were quick to parrot the lead suspect’s “bad day” and “sex addiction” excuses to deflect from the fact that six of the eight victims were Asian-American women. In the immediate aftermath of this week’s mass shooting at a Boulder, Colorado, supermarket, far-right social media shitposters were quick to use the lead suspect’s name to justify Islamophobia.

Besides the usual racism at play whenever gun violence returns to its usual place atop national headlines, there’s another all-too-familiar trope that gets trotted out whenever America confronts another mass shooting. Sadly, this trope gets used across the ideological spectrum. And even worse, this trope only seems to be used as a “weapon of mass distraction” to try to turn people’s attention away from our perennial crisis of gun violence.

So why are we again having to confront these tired old “mental health” talking points? What’s the truth behind this “mental health” rhetoric? And while we’re at it, why is it so hard for us to do anything about mental health care whenever we move beyond arguments over gun control and onto actual policy decisions with dollar signs attached?

What are the real facts on mental health and gun violence?

Why blaming mass shootings on mental illness is bad, a thread:

Regardless of what certain (Democratic and Republican) politicians say about “mental health” to give the appearance of “wanting to do something” without getting “too controversial on guns”, there is no real scientific evidence proving that homicidal gun violence is triggered by any particular mental health struggles. In fact, according to a 2015 National Institutes of Health backed study, only 4% of violent acts can be attributed to mental health issues.

Following the El Paso (Texas) and Dayton (Ohio) Shootings in August 2019, multiple media outlets, from general news outlets like NBC News and USA Today to more specialized publications like Psychology Today and Healthline, actually consulted with real mental health specialists and checked the data that was available. Interestingly enough, the experts and the data pointed far away from mental health as a significant factor in mass shootings. This has been corroborated by many more studies conducted over the last decade that generally reach the same conclusion that access to guns is a far greater risk factor than history of mental health struggles.

Though a Kaiser Health News investigation following the 2018 Thousand Oaks (California) Shooting included input from experts who were more convinced that mental health struggles factor into assailants’ decision to commit mass shootings, even they mostly pointed to changing gun laws as a more effective solution than trying to design some kind of mental health intervention protocol that would theoretically “catch them before they attack”. Really, the main takeaway from all these reports, studies, and expert opinions is that “focus on mental health” is no feasible substitute for addressing runaway gun violence with actual gun safety legislation.

Now that we see the facts, let’s stop contributing to the stigma surrounding mental health care.

For centuries, people who were burdened by the “crazy” label were deemed undesirable and possibly dangerous. Is it really any wonder why so many people who struggle with mental health also struggle to reach out for help?

This is another huge risk that intensifies whenever politicians attempt to use “mental health” talking points to deflect from questions on gun violence. When “mental illness” is publicly associated with mass shootings, general violence, and all-around criminal activities, it just reinforces the historical stigma surrounding mental health struggles. And worse, it may discourage people from seeking treatment.

I can speak from personal experience here. In the past, I was afraid of getting labeled as “dangerously crazy”. More recently I’ve made my own peace with the “crazy” label, but I can’t judge others who continue to fear this “crazy” label because they fear this “crazy” label will result in the loss of their rights, their relationships, their financial security, and perhaps even more.

Don’t tell me you “support mental health care” when it’s convenient. Show me you care at the next budget committee hearing.

Just months after then President Donald Trump blamed “mental illness” for the El Paso and Dayton Shootings, his administration proposed over $1 trillion worth of cuts to Medicaid and other Affordable Care Act (ACA) programs that provide critical access to mental health care. In addition, Trump attempted through Congress and the federal courts a full repeal of the Affordable Care Act that not only expanded Medicaid eligibility to more Americans and brought down health care costs for many who use private insurance, but also for the first time advanced mental health parity by declaring mental health care an “essential benefit”.

It’s easy for “pro-liberty conservatives”, “Blue Dog” and “problem solver” moderates, and “dirtbag leftists” to claim that gun safety legislation is “too divisive”, and that “mental health” is the better way because it “enjoys bipartisan support”. It’s much harder for me to believe any of these political operatives when they never seem to put any effort into stopping the next round of mental health budget cuts, let alone restoring mental health care programs after they were devastated by past rounds of budget cuts.

In closing, mental health is a real issue. Gun violence is a real crisis. We can’t solve our problems in either realm by settling for “solutions” that are rooted in cheap political rhetoric instead of actual facts.

When we’re assessing the gun violence crisis we have in this country, we need to consider actual solutions that get to the root of this problem instead of misusing vulnerable populations to deflect and distract from the actual crisis at hand. “Stakeholders” on all ends of “the gun debate” need to stop targeting people with mental health struggles and start addressing the real issues regardless of whether they fit into the ideal “messaging” that campaign consultants tend to prefer.

And once more, with extra feeling, please do not look to “mental health” as some potential opening to “do something” just because far-right politicians and gun absolutists are engaging in their usual “ridiculous theater” in opposing any and all gun safety bills. Unless it’s actually more funding for real mental health care, I’m highly skeptical of whatever “mental health ideas” your favorite pundit is shitposting about. And if Democratic members of Congress really want to prove their ability to “do something”, they can change the Senate’s filibuster rules and speak with their own colleagues on whether they care more about “being bipartisan” or passing effective legislation.

And finally, before we go, we need to address one area where gun violence and mental health really do intersect in such a terrifying way: suicide. According to 2018 CDC data, 61% of U.S. firearms deaths were deaths by suicide. There are things we can do now to prevent more gun deaths by suicide, such as safely storing firearms away from easy reach. Also, we can reach out for help when we need it. It hasn’t always been easy for me to take my own advice, but I always have better outcomes when I remind myself that I don’t have to go through this shit alone. You’re not alone in this struggle.

If you or someone you know is facing a major life crisis and struggling with thoughts of suicide, help is available. The National Suicide Prevention Lifeline is always there at 1-800-273-8255 (TALK). So is the Crisis Text Line, where you can start a conversation with a volunteer counselor by texting “START” to 741741. And for LGBTQ+ youth in need of immediate help, the Trevor Project has a 24/7 hotline at 1-866-488-7386 and a text option (text “START” to 678678) available.

March for Our Lives, One Year Later: Where Are We Now?

One year ago, I was taking in all the sights and sounds of the March for Our Lives in Washington, D.C. At the time, I was hoping it would encourage more "open, thorough, and honest conversation" on gu
Read More 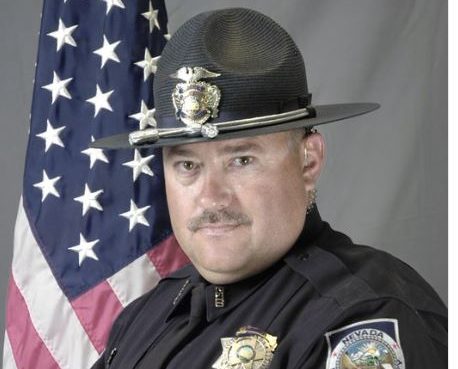