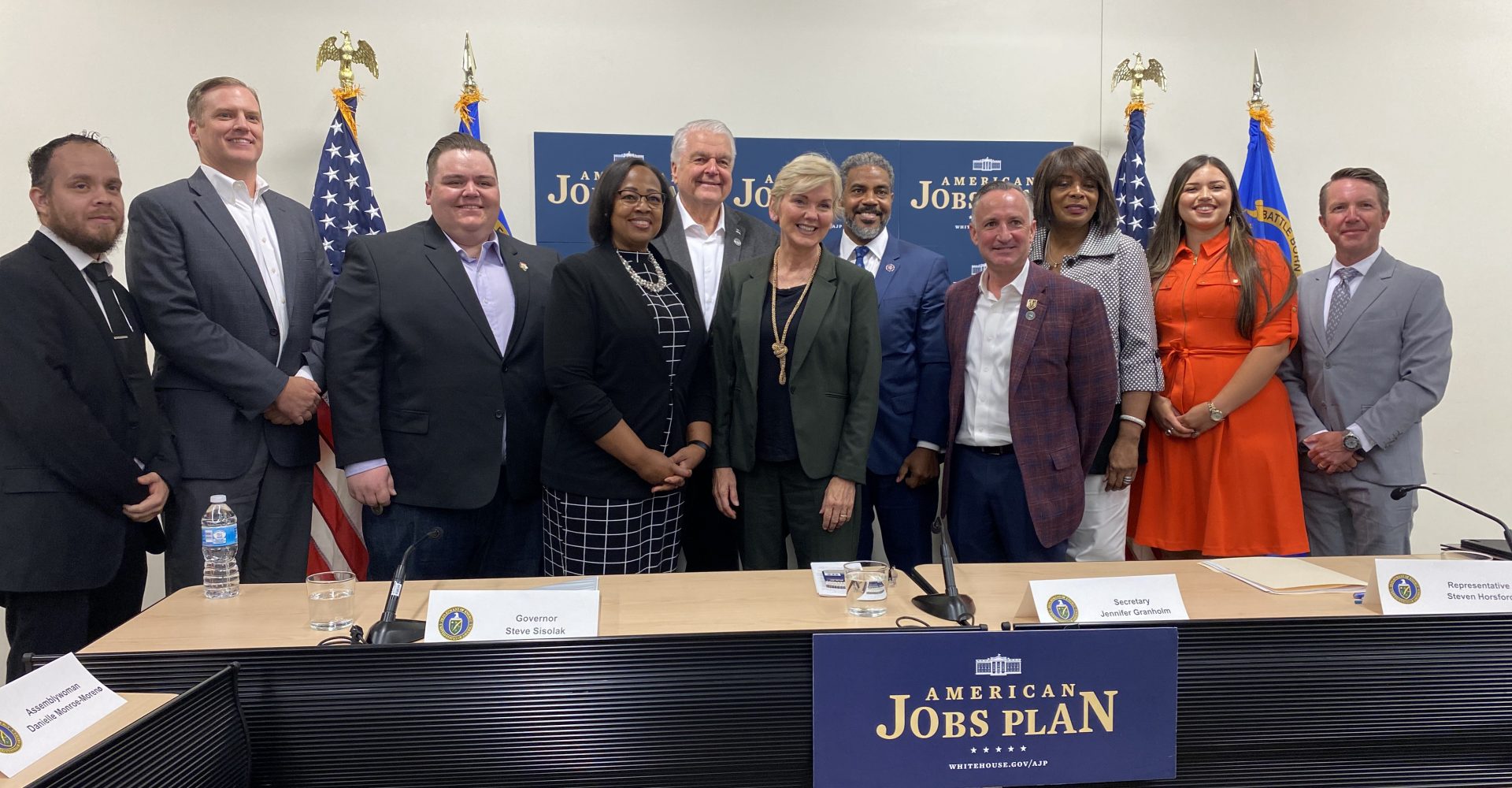 As infrastructure talks reach a fever pitch in Washington, D.C., the rest of the country continues to ask: When will the talks turn into real action? This is the challenge for President Joe Biden, and for Democrats in Congress. They’re talking up a robust infrastructure package, but ultimately our economy, our society, and our democracy need more than just talk. We need to see action.

Why did Jennifer Granholm come to Nevada last week, and what’s happening on the infrastructure front?

Last Thursday, U.S. Energy Secretary Jennifer Granholm visited Southern Nevada and hailed the state’s progress on renewable energy as she was touting the American Jobs Plan and President Joe Biden’s overall infrastructure agenda. In Biden’s original version of the American Jobs Plan, it includes $100 billion to renovate the nation’s electrical grid and provide additional incentives for renewable energy development, as well as $16 billion for environmental restoration and resiliency programs, $213 billion to build or retrofit some 2 million residential and commercial buildings, and $174 billion for electric car infrastructure that includes a plan for 500,000 electric car chargers by 2030.

In her subsequent op-ed for the Las Vegas Sun, Granholm wrote, “It would put $300 billion into American manufacturing and supply chain build-out — so Nevadans can put more American-made solar panels on their roofs. All of this will lead to tens of thousands more jobs — in construction, engineering, maintenance, sales, operations, and in the wider opportunities that a growing local economy creates. And with that same commitment to extend 40% of the benefits to communities that have been left behind and gone unseen for too long, Nevadans of all backgrounds can rest assured they’ll have access to those job opportunities. As Nevada has shown, these are ideas that Republicans and Democrats can, and should, agree on.”

In total, Biden’s original version of the American Jobs Plan includes $2.25 trillion in public investment and the first time in over a decade that the federal government would place a significant amount of that investment into climate action. Yet unfortunately for Biden and environmentalists, the American Jobs Plan has mostly been going nowhere fast since April. Why?

Why are Biden’s infrastructure plans stalled in Congress?

Back in April, I warned, “Biden has made loud overtures to Republicans to give ‘compromise’ a chance. But with Republicans’ ‘compromise’ offers not even trying to meet Biden (let alone more progressive Democrats in Congress) anywhere near the middle, Biden’s bipartisan overtures likely have a far better chance of convincing [U.S. Senators Joe Manchin (D-West Virginia) and Kyrsten Sinema (D-Arizona)] to join their fellow Democrats to pass something on their own than to convince enough Republicans to cut a mutually agreeable deal. It just remains to be seen what else Biden must do in order for Sinema to remove the ‘F–k Off’ ring and give a thumbs-up.”

Since then, the “bipartisan infrastructure talks” have pretty much collapsed as expected. The White House was hoping that ongoing negotiations with Senator Shelley Moore Capito (R-West Virginia) as the Republicans’ lead point person would result in something. But when Capito’s final offer only included $928 billion worth of infrastructure investment, fiscal gimmicks like raiding American Rescue Plan funds and other prior COVID-19 relief programs to transfer into their infrastructure proposal, “user fees” that amount to regressive taxes that would violate Biden’s pledge not to raise taxes on middle-class and working-class Americans, the downright refusal to even consider anything in Biden’s American Families Plan, and tax hikes targeting items like electric cars that would actually be counterproductive to Biden’s climate goals, it became obvious to outside observers that Capito’s counteroffer was just the latest Republican version of their classic “Lucy Holds the Football” game.

Instead of cementing any kind of bipartisan accord on infrastructure, the “bipartisan talks” only succeeded in fostering more tension among Democrats. With progressives in Congress increasingly worried that the White House and their more conservative Democratic colleagues on Capitol Hill might be willing to drop climate action and human infrastructure needs just to reach any sort of “bipartisan compromise”, and with civil rights activists and democracy protection advocates increasingly worried that Democratic leaders’ foot-dragging on infrastructure is causing too much of a drag on efforts to protect voting rights, Biden and Senate Democrats face questions of how much longer they want to continue to try to draw blood from a stone, and whether they’re willing to risk trying anything to get something “bipartisan” just to end up passing nothing.

In previewing the release of her new book, Dissent: The Radicalization of the Republican Party and Its Capture of the Court, Los Angeles Times White House Editor Jackie Calmes warned in an op-ed that, “Should [former President Donald] Trump remain exiled at Mar-a-Lago, his MAGA army will soldier on, forcing party officials and 2024 presidential aspirants to fall in line. And if Republicans lose in 2022 or 2024, many seem poised to reject the result, turn to force or countenance those who do — Trump or no Trump.” She also noted that counter to the constant assertions that Trumpism marks some kind of “aberration” for the Republican Party, it’s actually rooted in the far-right’s long-time rejection of the basic principles of liberal democracy.

When news broke that Trump has been telling his inner circle that he expects to be reinstated as president by August, D.C. insiders generally laughed off Trump’s latest gambit, and even some Trumpworld insiders made public statements suggesting that they’re not really (still) trying to overturn last year’s election results. It would be a grave mistake to take those denials at face value. After all, these same forces continue to advance the fraudulent State Senate Republican-run “audit” of the election results in Arizona, and they’re pushing to launch similar “audits” in Wisconsin, Michigan, Georgia, New Hampshire, and elsewhere.

As much as Biden and some Congressional Democrats want to believe that all they have to do is reach out and talk to Republicans to prove to America that “the system still works”, they’re sorely mistaken. When Congressional Republican leaders have already signaled that their mission is to ensure the failure of Biden’s agenda, and when Trump has already signaled that he’s still plotting to overthrow Biden’s entire presidency, the whole notion that “the system still works” needs to be thrown out the window.

But wait, what about the science and technology bill that they passed?

Earlier this month, the U.S. Senate passed a long-awaited science and technology bill that includes just over $100 billion in new funding for research and development (R&D). The United States Innovation and Competition Act includes $52 billion to invest in rehabilitating America’s capacity to manufacture our own semiconductors (or the microchips that are necessary for any internet-enabled device), renewed support for NASA space exploration programs, $10 billion for the Commerce Department to support new technology hubs, and a new division within the National Science Foundation to focus on artificial intelligence and other emerging new technologies.

The United States Innovation and Competition Act also includes $300 million to “counter the political influence of the Chinese Communist Party”, language that encourages an official U.S. diplomatic boycott of the 2022 Beijing Winter Olympics, and support for new sanctions targeting Chinese government over human rights abuses. This hard-line approach against the Chinese government attracted Senator Todd Young (R-Indiana) and six other Republicans to sign on as cosponsors, and the bill ultimately passed 68-32. This means that just 18 Republican Senators joined all 50 Democratic Senators to pass a bill that targets a policy realm that Donald Trump loved to campaign on, and a bill that includes a lot of harsh language targeting the foreign superpower that Trump still loves to harp on.

While $100 billion+ in new R&D investment is far from nothing, it’s still a small fraction of the $2.59 trillion worth of infrastructure needs that the American Society of Civil Engineers (ASCE) identified in March. Though the United States Innovation and Competition Act may have some necessary and long overdue funding to boost our domestic tech sector, it’s nowhere near a sufficient replacement for the larger infrastructure package that America still needs.

Will “Infrastructure Week” live on as D.C.’s biggest inside joke, or will Democrats decide to actually pass something soon?

Back in March, Senator Catherine Cortez Masto (D) announced her support for filibuster reform in the form of a shift to a “talking filibuster” to place more of the burden on Senators who seek to block legislation with the parliamentary procedural tactic. Earlier this month Senator Jacky Rosen (D) broke her silence on the filibuster, when she told The Washington Post, “Right now, our democracy is under attack and we must do everything we can to protect voting rights. If eliminating the filibuster is what it takes to get it done, then we must protect our democracy at all costs.”

While Cortez Masto, Rosen, and 43 additional Democratic Senators have endorsed filibuster reform so far this year, quite a few Senate Democrats continue to chase after “bipartisan deals” that have yet to materialize or achieve any of their stated goals. The latest “bipartisan infrastructure deal” to hit the Senate rumor mill amounts to less than 30% of Biden’s proposed $2.2 trillion in new infrastructure investment, it (much like Capito’s counteroffer) violates Biden’s promises to act on climate change and refrain from raising taxes on middle-class and working-class Americans, and there’s no guarantee that Senate Republican leaders will allow ten or more of their members to break ranks to pass it. Similar quests to strike “bipartisan deals” on matters like immigration reform, gun violence, criminal justice reform, and voting rights have so far produced no actual deals.

Biden on Trumpism: "I think this is passing. I don't mean easily passing. That's why it's so important that I succeed in my agenda … it's important that we demonstrate we can make progress." pic.twitter.com/rxjJkd9My4

And if you’re coming here to say “the dems are giving people things to vote for,” there is, at LEAST, a PR issue.

As we’ve been hinting at since January, Democrats will eventually have to choose: results, or process. Do they want to preserve the process of the filibuster as it is, or do they actually want to pass more legislation to prove to voters that they’re capable of governing? Do they actually believe their own rhetoric on “saving democracy”, or is this all just a ploy? Do they actually want to pass a major infrastructure bill this year, or are they content with all talk and no action (or at most, very little action to show for all the big talk)?

Look, I get it: So much of Congress’ day-to-day activity consists of “having talks” and building relationships. But if the talks are going nowhere and the relationships aren’t producing anything, something’s got to give. How committed are Democrats to giving constituents some real results? How committed are Democrats to giving voters not just something to talk about, but also reasons to vote for them next year?

The cover photo was provided by the Office of Governor Steve Sisolak. 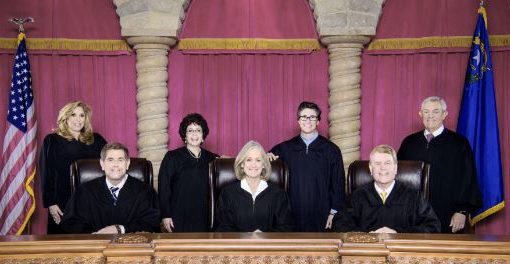 On Sept 17, the Nevada Supreme Court[i] ruled after oral arguments in the Walker Case”[ii] [iii]  that the public trust doctrine is embedded in current water law[iv] and disallows the relocation of ad
Read More 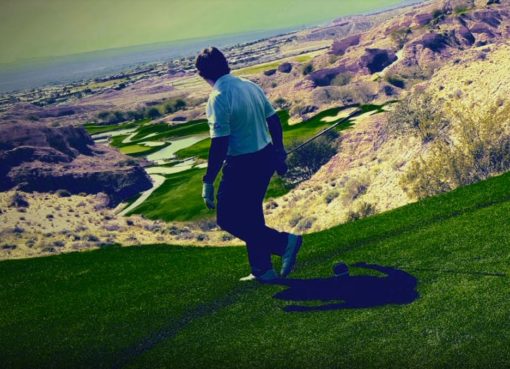 Wolf Creek To Open May 11 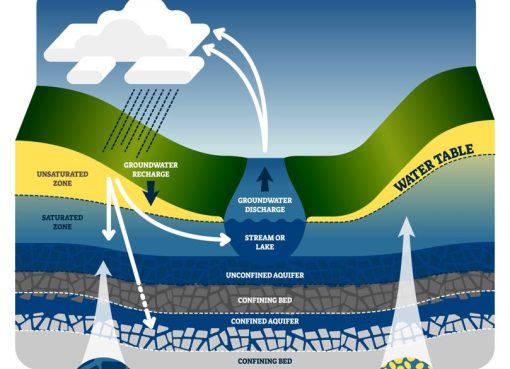 Ancient aquifers are some of the most important, and delicate, water sources out West.

Communities that rely on the Colorado River are facing a water crisis. Lake Mead, the river’s largest reservoir, has fallen to levels not seen since it was created by the construction of the Hoover Da
Read More