Earlier tonight, Governor Steve Sisolak (D) delivered his first “State of the State” address. In his speech, Sisolak declared, “Tonight, I’m proud to announce that the State of the State is full of opportunity.” Moments earlier, Sisolak stated his priority is “making sure that Nevada’s economic recovery reaches every family.”

So what else did he say, and what did he really mean? Let’s break it all down as we assess Sisolak’s take on the state of our state.

“Too many Nevadans are making too little. This needs to change. This can change by giving Nevadans a well deserved raise.”

For a few minutes in tonight’s speech, Governor Steve Sisolak pivoted from the theme of economic justice that defined his inauguration speech and spoke in the kinds of terms we would have expected from former Governor Brian Sandoval (R): “If it ain’t broke, don’t fix it. […] This balanced budget does not contain any new taxes.” Instead, Sisolak will simply seek to extend the taxes raised or previously extended under Sandoval that are set to expire if the Legislature does not act this session. In addition, Sisolak spoke of “eliminating red tape and needless regulation”.

Perhaps this explains why State Senator Heidi Gansert’s (R-Reno) “rebuttal” sounded less like a rebuttal and more like a minor quibble. While she spoke of Republicans “standing ground”, her proposals spoke more to a theme of “common ground”, “common purpose”, and “common good”. However, she did raise one key objection: That to raising the minimum wage.

During his address, Sisolak noted, “Too many Nevadans are making too little. This needs to change. This can change by giving Nevadans a well deserved raise.” He continued, “It is impossible for a family to live on $7.25 an hour. […] We also need to ensure equal pay for equal work. It’s the right thing to do for our families.” Though Sisolak didn’t specify how high he wants to raise the minimum wage, he at least used stronger language than the dodges he used when the Nevada Current’s Dana Gentry recently asked him about the minimum wage, and Sisolak additionally promised to support legislation to expand access to paid sick leave, restore prevailing wage for public sector construction projects, and allow state workers to collectively bargain.

“We have to make sure our statewide [public school] funding formula is equitable for every student in every county.”

Still, there are some programs in Sisolak’s budget proposal worth noting: An additional $6 million biennial investment in reproductive health care, expanding the number of community behavioral health clinics (that specialize in mental health care and substance abuse recovery) from three to ten, a $10 million annual tax credit for affordable housing development, and investing a portion of marijuana tax revenue in school safety programs.

Speaking of public education, Sisolak briefly addressed another major elephant in the room when he declared, “We have to make sure our statewide funding formula is equitable for every student in every county.” Though Sisolak didn’t come anywhere close to endorsing the $1 billion investment that various education policy experts say Nevada needs to permanently fix systemic funding inequities, he also declined to endorse any further divestment in public education by way of private school vouchers. Even during her rebuttal, Gansert only went as far as pleading for an extension to the more limited opportunity scholarship program Sandoval favored rather than the more radical ESA voucher program that was struck down by the Nevada Supreme Court in 2016.

“I know that when every Nevadan has the opportunity to succeed, the state will reap the benefit.”

In addition to the budget, Sisolak laid out more details on his policy goals. For one, he made his one biggest break from Sandoval in endorsing gun violence prevention legislation: “It’s long past time we listen to the will of the voters, because background checks save lives.” Beyond enforcing the 2016 voter-approved initiative that Sandoval and former Attorney General Adam Laxalt (R) refused to implement, Sisolak also endorsed legislation to ban bump stocks and further tighten restrictions on gun possession for domestic abusers. As Sisolak put it, “Those subjected to restraining orders should not be allowed to buy a firearm.”

Sisolak then chimed in on another key security issue: “I will not spend a single second debating the reality of climate change. Climate change is real, and it’s irresponsible to ignore the science that proves it.” Sisolak specifically endorsed efforts to raise Nevada’s renewable portfolio standard (RPS) to 50% by 2030, and Gansert suggested (at least a few) Republicans are open to supporting such thanks to Question 6’s resounding victory last November.

Sisolak then shifted to immigration and name-checked Las Vegas educator Daisy Castro when he announced the creation of the Governor’s Office for New Americans, an idea based on a bill Senator Mo Denis (D-North Las Vegas) introduced in 2017 (but died without a Senate floor vote). In addition to helping immigrants navigate public services and business support programs, it will also house the state’s new assistance programs for DREAMers caught in the midst of the Trump administration’s push to sabotage DACA.

Sisolak soon concluded his address the same way he began it: “The proposals laid out tonight are presented with the goal of ensuring that every family, sitting around every dinner table, sees the benefit of the economic recovery that those at the top have already felt.” He later added, “I know that when every Nevadan has the opportunity to succeed, the state will reap the benefit.” The Governor and the Legislature now have 138 days to prove they can help in making this happen.

This week SB 143 raced towards Governor Steve Sisolak’s (D) desk at lightning speed, and Sisolak just ended the week by signing it into law. While there’s been plenty of hand-wringing over the process
Read More 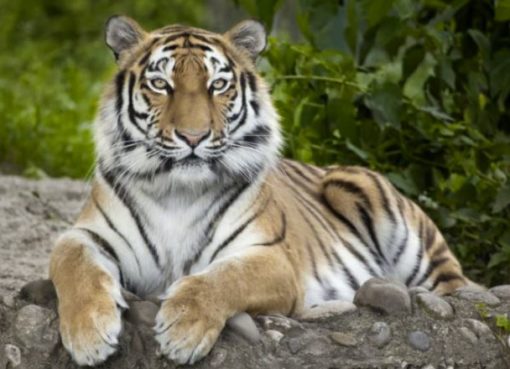 The First COVID-19 Animal Case In The U.S

From the Center for Disease Control and Prevention Some coronaviruses that infect animals can sometimes be spread to humans and then spread between people, but this is rare. This is what happened wit
Read More

Trail Mix: How One Reno College and Two Senators Fit Into the State of the 2020 Race

So a whole lot happened yesterday, and even more happened before yesterday… And oh wait, even more is happening today. Because I had to leave so much material on the cutting room floor last night, le
Read More