On Monday, former Missouri Secretary of State Jason Kander (D) returned to our state with a fairly simple message: “Let America Vote.” The military veteran turned millennial political powerhouse joined his organization’s local field team to open their Las Vegas field office and encourage progressive activists to keep up the good fight as the 2018 election cycle heats up. With so much at stake in this upcoming election, Kander wanted to speak with Nevadans about one of the most important issues being debated: the issue of voting rights and the election itself.

How did this all come about?

Over the years, we’ve seen former candidates do all sorts of things after they lose their races. Some go on to win Nobel prizes. Others find new business ventures. Quite a few write books. And of course, quite a few prepare for a future comeback bid.

After he lost a surprisingly close race for U.S. Senate in Missouri in 2016, Jason Kander went from being on the ballot to fighting for his fellow Americans’ right to cast their ballots. Even though his organization is less than two years old, Let America Vote has already moved to the forefront in voting rights advocacy across the nation, including here in Nevada.

Just three years ago, the then Republican-controlled Nevada Legislature considered bills to institute a voter ID requirement and reduce access to early voting. But when Democrats retook the majority in both houses of the Legislature in 2017, the state house shifted gears and instead considered bills to implement automatic voter registration and pursue other ways to expand ballot access. Though Governor Brian Sandoval (R) vetoed the automatic registration bill, voters themselves will actually have the last word this fall thanks to the bill getting its start as a citizen-initiated petition. Against this backdrop, Let America Vote chose the Silver State as one of the political battlegrounds where it would plant some roots and work the field.

“We are trying to make sure to create consequences after voter suppression takes place.”

After Jason Kander spoke to a packed house at Let America Vote’s Las Vegas office, I spoke with him and asked why they decided to set up shop here in Nevada. He pointed to recent developments like the attempted recalls of three State Senators and Governor Sandoval’s veto of automatic registration in explaining the need for progressives to fight back: “For us, we are trying to make sure to create consequences after voter suppression takes place.”

Even though we haven’t seen any serious attempts to restrict ballot access since 2015, Kander said that the Silver State should aspire for more: “Nevada has the opportunity to lead the nation. […] I would love to continue to turn to Nevada to point as an example of [an election system] working the way that it should.”

“Democracy is a good thing. We should have more of it whenever we get an opportunity. Having more people involved in the process is a positive thing.”

As for Question 5, the automatic voter registration ballot initiative, Kander plans to do everything he can to help it pass. For him, this is a critical part of of lessening the burden on Americans who want to participate in our democratic process: “Democracy is a good thing. We should have more of it whenever we get an opportunity. Having more people involved in the process is a positive thing.”

And yet, Republican legislators vehemently opposed automatic registration last year and cited unsubstantiated claims of “voter fraud” as the reason why. When asked why he believes they’re wrong, Kander replied, “They’re lying. Honestly, that’s what Republican elected officials do when it comes to this issue.”

He then pointed to a real world example of how progressive election reform works: “Look at the states that have done it. Oregon has automatic registration and [universal vote-by-mail]. They have some of the best security in elections, and some of the best turnout in the country.” Since Oregon became the first state in the nation to implement automatic registration in March 2015, 11 other states and the District of Columbia have followed suit.

I then asked the former Missouri Secretary of State what else can be done to make it easier to voters to participate in the democratic process. He responded, “Now is where we get to the strangely controversial part, which I don’t think should be controversial, it’s also about making sure every eligible voter has the opportunity to vote, and that every eligible voter [finds] convenience in the process.”

Kander also addressed why he suspects so many Republican politicians have tried to make these other reforms “controversial”: “I think they know the problem. I think they don’t want those people voting because they don’t think those people will vote for them.” Or in other words, is it truly democracy if the elected officials are picking and choosing their voters instead of the voters choosing their elected officials?

“I believe in looking at the voters as customers of the process, not looking at every eligible voter as a criminal suspect.”

Kander also spoke in support of Assembly Member Nelson Araujo (D-Las Vegas), who’s now running for Secretary of State against incumbent Barbara Cegavske (R). Cegavske has recently made headlines for her office’s questionable handling of companies’ sensitive data, but Araujo and voting rights advocates have expressed more concern about her decision to cooperate with President Donald Trump’s now aborted “voter fraud” commission, her office potentially disenfranchising as many as 89,000 legally eligible voters with confusing language on voter registration forms, her specious claims of “voter fraud”, and her support for a voter ID mandate that disproportionately burdens voters of color.

Kander not only echoed these concerns about Cegavske, but also pointed out how her agenda aligns more with Donald Trump than the stated duty of the Secretary of State to oversee fair elections: “The Secretary of State you have didn’t stand up to the Trump administration when they wanted the records of Nevadans, didn’t stand up to […] the ‘voter suppression committee to reelect the President’.” He continued, “She didn’t stand up to the Governor when he vetoed automatic voter registration.” Or in other words, Kander fears Cegavske cares more about a political agenda based on keeping voters out of the process than doing everything possible to bring voters in.

Kander then contrasted her record with his goal of how elections should be run as he vouched for Araujo: “As a former Secretary of State myself, I do not understand somebody who wants to be in a job and seems not to be motivated to make it easier for eligible voters to vote.” He went on to say, “For me, that is a basic proposition of customer service. I believe in looking at the voters as customers of the process, not looking at every eligible voter as a criminal suspect.”

So what is this really about, and how important is Jason Kander’s mission?

Before Kander spoke with us, he rallied the crowd at the office with a similar message of including voters in the democratic process instead of building barriers meant to exclude them. He condemned right-wing “voter fraud” fearmongering as cynical “political strategy”, then issued this warning to Republican politicians who engage in this strategy: “We believe that in America, in 2018, if you make it harder to vote, we will make it harder for you to get reelected.”

That statement resonated with quite a few of the activists in the room. Even though Nevada doesn’t have the kind of restrictions that have plagued other states, our voter participation rate continues to lag behind the national average. There’s still ample room for improvement, and voting rights activists sense an opportunity for Nevada to shift from laggard to leader.

Though there’s plenty of speculation whether Jason Kander’s getting an early start in the 2020 presidential election, it’s important for us to remember the real issues we face, such as who will actually be able to vote in 2020. Kander has essentially stated that Let America Vote’s mission is as clear as the organization’s name. Now is the time and Nevada is the place to determine how he and other progressives can make this a reality.

Health care has been a top issue throughout this election cycle. But now, it feels even more like a matter of life and death with the worldwide spread of COVID-19, also known as coronavirus. (It’s act
Read More 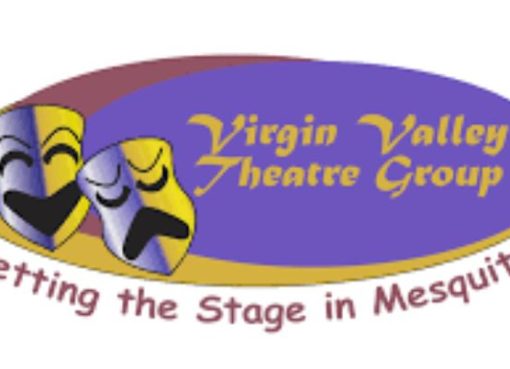 Poll Vault: What Do These Numbers Really Mean?

Earlier today, Suffolk University and the Reno Gazette-Journal released a new poll with rough numbers for Nevada Republicans. On top of that, a few national pollsters have dropped new surveys showing
Read More