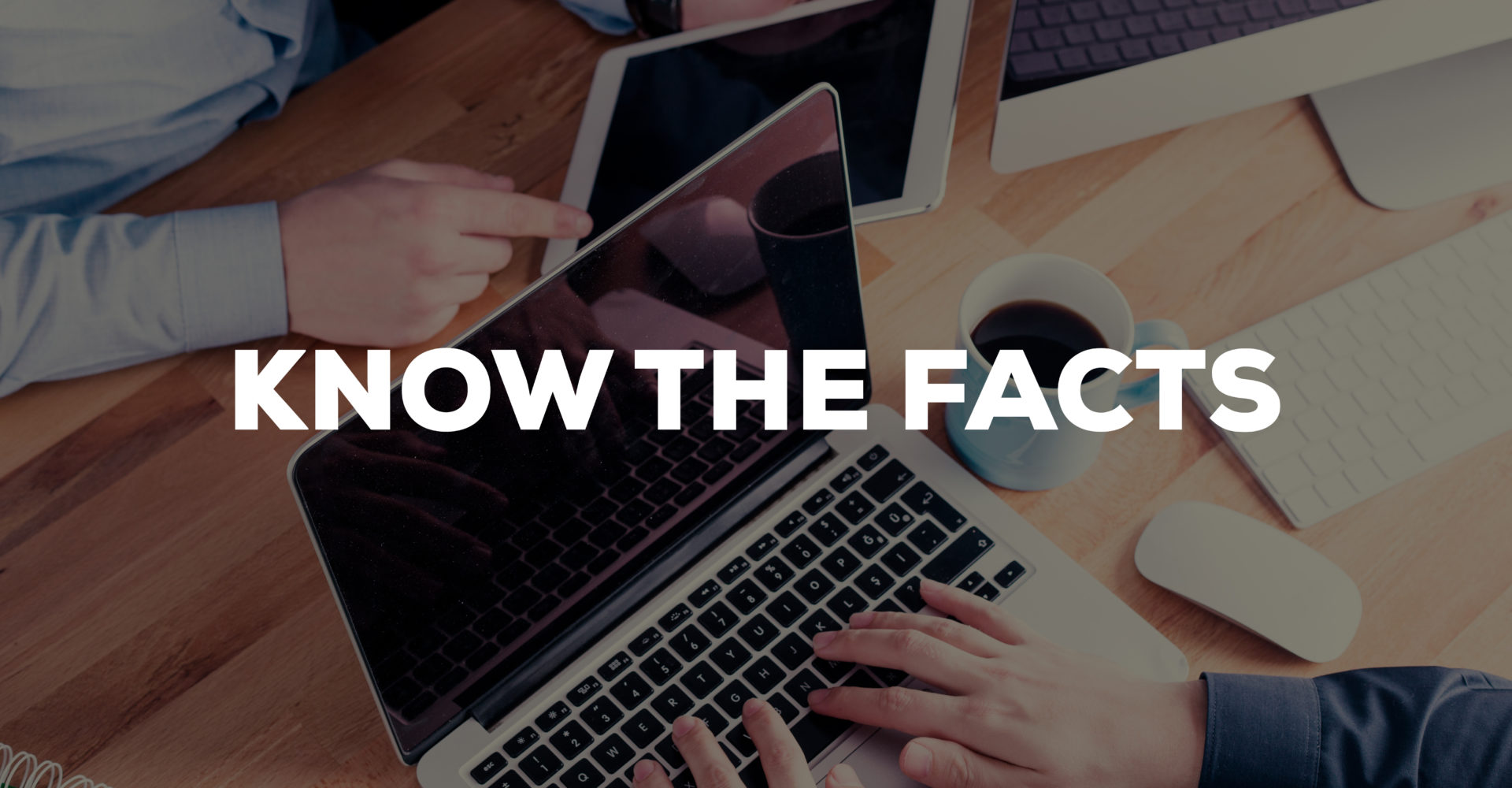 For over a week, the Democrats running against President Donald Trump have taken center stage here in Nevada. But in the past two days, Trump has been trying to steal the spotlight for himself.

At Las Vegas Metro Police headquarters yesterday, Trump used what was supposed to be a criminal justice reform themed event to rail against the conviction and sentencing of his beloved operative Roger Stone. And at the Las Vegas Convention Center today, Trump reminded this state and the entire nation that American democracy is a very fragile thing as he continued to boast, “Speaking of reality television, this is the greatest show of all time.”

Why does this matter?

With the sole exception of U.S. Senator Mitt Romney (R-Utah), all other Senate Republicans refused to convict Trump for crimes that the House thoroughly investigated, let alone the crimes that the House declined to include in their articles of impeachment. As a result, Trump has been even more brazen in his power grabs since, including the White House’s latest gambit to secure a sweetheart deal for Roger Stone after his conviction on charges pertaining to his efforts to cover up the Trump organization’s relationship with the Russian operatives who interfered in our 2016 election as an “in-kind contribution” to Trump’s campaign.

Yesterday’s event at Metro Police headquarters was supposed to highlight the work of locally based Hope for Prisoners in providing mentoring and job placement assistance to ex-prisoners seeking a fresh start after release. Instead, Trump used this event to signal the only fresh start he cares about is one for himself and henchmen like Roger Stone, Mike Flynn, and George Papadopoulos who never stray from doing his dirty work and covering his tracks.

Today’s event at the Convention Center featured more of Trump’s anything-but-humble-bragging, along with plenty of the usual “Fake News!” insults directed at journalists and additional insults for his Democratic opponents, immigrant communities, Rosie O’Donnell, Brad Pitt, and South Korea.

“The Democratic Party has been taken over by radical leftists!”

Before Trump took the stage, Vice President Mike Pence proclaimed to the crowd, “I’m here and I’m here for one reason only: Nevada and America need four more years of President Donald Trump.” And as per usual at a Trump event, Pence played fast and loose with the facts, even as he did so in his typically measured tone.

On the economy, Pence claimed, “Wages are rising at the fastest pace they have in ten years. […] The forgotten men and women are forgotten no more.” While overall GDP continues to grow, the pace of growth recently slowed to a 2.3% rate last year and economists expect further slowdown in the months ahead. Since the passage of Trump’s 2017 tax bill, we’ve seen an acceleration of income inequality that’s hit the middle class and working poor. Also, keep in mind that the U.S. economy has mainly just continued the growth that began during then President Barack Obama’s first term.

Pence went on to proclaim, “The Democratic Party has been taken over by radical leftists!” He mocked the Democratic Debate as he continued to falsely accuse Democrats of siding with terrorists for criticizing Trump’s unilateral actions in Iran.

“[Russian President Vladimir] Putin wants to make sure I get elected.”

When Trump himself took over the program, he occasionally took Pence’s queues to talk up their economic record. But with Trump being Trump, he couldn’t help but verbally attack the reporters in the room and mock the Democrats running against him.

On the ongoing impeachment fallout and the latest report on U.S. intelligence agencies finding [additional] evidence of the Russian government supporting Trump’s reelection, Trump scoffed, “Putin wants to make sure I get elected. Wouldn’t you rather have [U.S. Senator Bernie Sanders (I-Vermont)], who honeymooned in Moscow? These people are crazy!”

Funny enough, The Washington Post reported on a Russian operation to boost Sanders. But in a stark contrast to Trump, Sanders told The Post, “My message to Putin is clear: Stay out of American elections, and as president I will make sure that you do.” And last month, Sanders said on Russian interference in American elections, “Let me be clear: We must not live in denial while allowing Russia and other state actors to undermine our democracy or divide us.”

Though Sanders’ record on Russian aggression may be complicated, Trump’s is simple: He welcomes it. On his attempted shakedown of the Ukrainian government, Trump claimed, “We have to fight the Democrats with their hoaxes. They can take a perfect call with the Ukrainian president. The ‘fake whistleblower’ said the call was wrong.” In reality, all the records of that “perfect call” confirmed additional evidence showing Trump withheld military aid to Ukraine for his own benefit, and it just so happens that a weakened Ukraine is what Putin wants.

While Trump occasionally repeated more coherent lies about his record on the economy, health care, immigrant communities, foreign policy, and more, he continually berated journalists and used his usual “Fake News!” insults to project his own troubled relationship with truth onto others.

On prominent national publications that run stories he doesn’t like, Trump snarled, “When I’m done, The New York Times won’t be around. The Washington Post will be done when I’m done. CNN will be obsolete. If it’s not Trump related, they don’t cover it.” He also declared, “I didn’t know how disgusting and dirty that is, and I know the media is part of the swamp.”

Yet closer to home, Trump gave a hearty shout-out to Miriam and Sheldon Adelson for their stalwart support of him… And for his newspaper’s. At one point, Trump uttered, “He owns the paper. You own the paper, don’t you?”

“There’s no better way to describe Donald Trump! […] He’s unfiltered. There’s no bullshit. And guess what: Apparently, a lot of people love it.”

Before Pence spoke, former Nevada Attorney General Adam Laxalt (R) warmed up the crowd with attacks on former Governor Brian Sandoval (R) and Republican legislators who didn’t vote for Trump in 2016, as well as attacks on Sandoval and Republican legislators for their efforts to raise taxes in 2015 while declining to ban abortion or enact anti-immigrant laws. Laxalt also falsely accused Democrats of “voter fraud” in 2016, and he claimed Republicans lost in 2018 because “100,000 Trump voters didn’t vote”.

Laxalt then praised Trump as he called on the crowd to turn out for Trump this year. As Laxalt claimed, “We did the jobs. We got the [federal] judges [confirmed]. He has a record to run on, and he’s going to win Nevada.”

However, Laxalt soon got overshadowed by another president with a controversial record of workplace misconduct: UFC President Dana White. According to White, “[Trump] cares about people. We have a slogan at UFC: ‘As real as it gets.’ There’s no better way to describe Donald Trump! […] He’s unfiltered. There’s no bullshit. And guess what: Apparently, a lot of people love it.”

Trump himself later echoed White when he proclaimed, “Speaking of reality television, this is the greatest show of all time.” He also called his opponents “so crooked, absolutely dishonest,” even as he continues his pattern of corruption and dishonesty. But sure, he does put on one hell of a show. 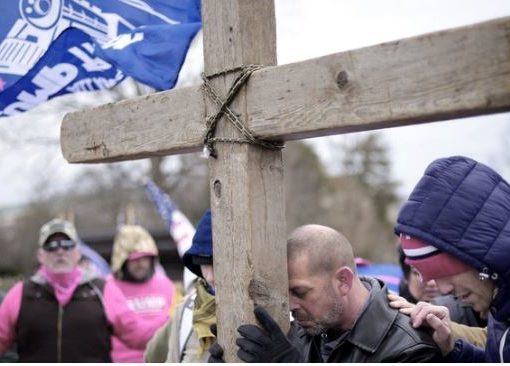 Emmett, Ida. On December 15, 2020, Ammon Bundy told his "People's Rights" members to escalate conflict "before the world comes to an end," according to reporters for the Idaho Press. [i] Bundy, a
Read More 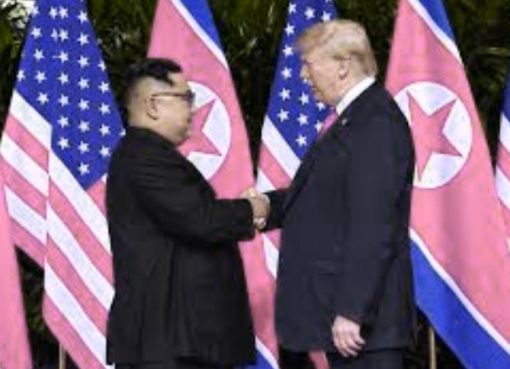