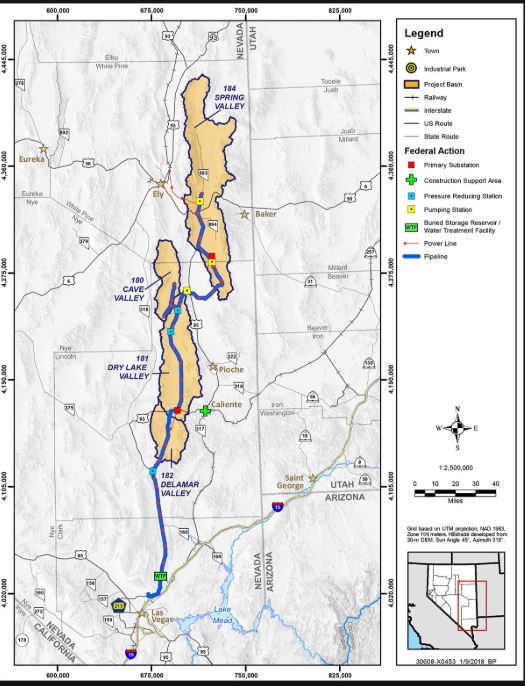 At question is the potential depletion of the groundwater resources over the long-term in violation of Nevada’s perennial yield standard.

Among other things, the Judge will hear arguments that SNWA’s applications in all four basins should be denied since “there is no substantial evidence showing that they will salvage, or capture, any significant amount of the natural discharge from those groundwater systems that are not already subject to prior appropriations.”[i]

In addition, the court will consider a remand decision which required the State Engineer to recalculate the water available for appropriation from Spring Valley assuring that the basin will (1) reach equilibrium between discharge and recharge in a reasonable time; and  (2) recalculate the appropriations from Cave Valley, Dry Lake Valley and Delamar Valley to avoid over appropriations or conflicts with down-gradient, existing water rights; and (3) define standards, thresholds or triggers so that mitigation of unreasonable effects from pumping of water is neither arbitrary nor capricious in Spring Valley, Cave Valley, Dry Lake Valley, and Delamar Valleys.

Petitioner White Pine County is also asking the court to overturn the State Engineer’s approval  of SNWA’s monitoring,  management, and mitigation (3M) plans for the pipeline applications which they feel has “glaring deficiencies”

In August 2018, Andrew Davey interviewed Patrick Donnelly, Nevada State Director for the Center for Biological Diversity, about his organization’s fight against the pipeline. According to Donnelly, “Multiple courts have said there’s no way you can pump water without decimating the communities that rely upon the water in this region.  That’s almost indisputable at this point. There’s no way you can mitigate draining an aquifer.”

Donnelly that the key flaw in the State Engineers argument that the same amount of water comes in through rain as it comes out through springs and evapotranspiration. The premise is that there’s excess water.”

Donnelly countered, “In reality, these basins are full of fossil water. These are not renewable resources. It’s a singular pot of water. If you take this water out, you won’t get it back.”

The hearing is scheduled at 9.m. Tuesday 12 to continue through Wednesday in the Seventh Judicial District Court at the White Pine County Courthouse, in Ely 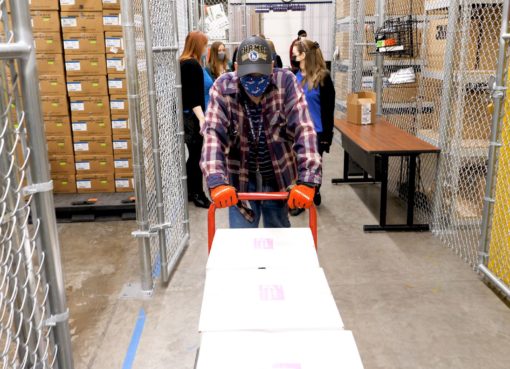 We have the best climate. Look, I know this air, probably, better than anyone. The air, the water, it’s great, really great. Ask anyone, everyone knows it – They say, Donald, you know, he breath
Read More

This Week in Corona Scams: Mask Your Face (Not the Truth)

This Week in "Corona Scams", we're taking on some very important matters. Do you have a constitutional right to spread COVID-19 everywhere? (No.) Do the "realest of real" medical experts advise agains
Read More