Moments ago, Governor Steve Sisolak (D) signed SB 3 into law to help expedite unemployment insurance (UI) and Pandemic Unemployment Assistance (PUA) claims. In addition, he announced a new interim director to take charge of the state department that’s been plagued with a record amount of claims and insufficient infrastructure to handle them, along with a new “strike force” to resolve the systemic problems in Nevada’s unemployment system.

So what’s happening with the unemployment system?

Regarding the problems within the unemployment system, Rep. Dina Titus (D-Las Vegas) offered her support to Sisolak and the state officials during a press call earlier today, though she also acknowledged, “The chickens are coming home to roost. For years, we have operated on a shoestring buffet. It just hasn’t been enough. They’ve been putting it together on chicken wire and chewing gum for too long.”

Amidst these recent developments, Governor Steve Sisolak (D) called his own press conference today to update Nevadans on what’s happening with our UI system here.

“I want you to know: I hear you. I’m listening. I’m taking action.”

During his event, Sisolak thanked the Legislature for passing SB 3, and he subsequently signed the bill into law. He then said to those Nevadans whose claims have become part of the backlog, “I want you to know: I hear you. I’m listening. I’m taking action.” He then added, “Just one family who’s struggling to pay the bills and put food on the table is one family too many.”

From there, Sisolak stated, “Nevada has the highest unemployment rate in the nation, yet we are paying 90% of traditional unemployment claims. 90%. The state has also paid over 120,000 PUA claims.” And he added that the Department of Employment, Training, and Rehabilitation (DETR) thus far has paid $6 billion in UI and PUA benefits.

“All solutions are on the table. […] All resources of the state government will be here to help.”

According to Sisolak, “We know the state is dealing with an antiquated computer system, an unprecedented amount of demand, and fraudulent claims that are slowing down the system.” While other investigations and news reports have cast doubt on the amount of identity theft and unemployment fraud cases that DETR officials have claimed, KLAS/8 News Now, KTNV, and The Nevada Independent have recently documented incidents that provide some corroboration to Sisolak’s and DETR’s claims.

Buckley said she’s already working closely with Nevada Attorney General Aaron Ford (D) and U.S. Attorney for the District of Nevada Nick Trutanich on identifying and prosecuting such cases of fraud in order to prevent UI and PUA funds from going into the wrong hands, and in order to get money to valid applicants more quickly.

And when it comes to other problems to solve, such as DETR’s “antiquated computer system” and long-time understaffing, Buckley stressed, “All solutions are on the table. […] All resources of the state government will be here to help.” So far, Buckley will be leading the “strike force” for the next 60-90 days and receive support through federal CARES Act funding.

“Our commitment is to get through these cases, get the resolution that people need, and get payments out to those who need them.”

So is DETR’s newest interim director prepared to take over? While she admitted she’s been concerned about what she’s stepping into, Cafferata also made clear that she’s ready to take on this historic task. According to Cafferata, “Our commitment is to get through these cases, get the resolution that people need, and get payments out to those who need them.”

And when it comes to Nevadans’ ongoing anger, frustration, and rage over the unemployment backlog, Cafferata requested, “Give us the benefit of the doubt and let [the DETR staff] get on with their work.”

The Senator and the Students: Cortez Masto Meets with Student Leaders to Talk Gun Violence Prevention

U.S. Senator Catherine Cortez Masto (D) met with students at the Las Vegas Academy for the Performing Arts yesterday to discuss the ongoing challenge of gun violence, and what America can do about it.
Read More 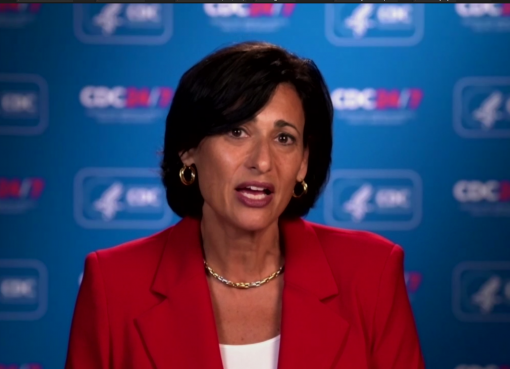 COVID-19 continues to spread, and our numbers still look pretty rough. As Americans again ask why this is still happening, we must again remind everyone that the warning signs have been in front of us
Read More

Steven Horsford has just officially filed to for Nevada's Congressional District 4. Horsford was the United States Representative for Nevada's 4th congressional district from 2013 to 2015. He previou
Read More