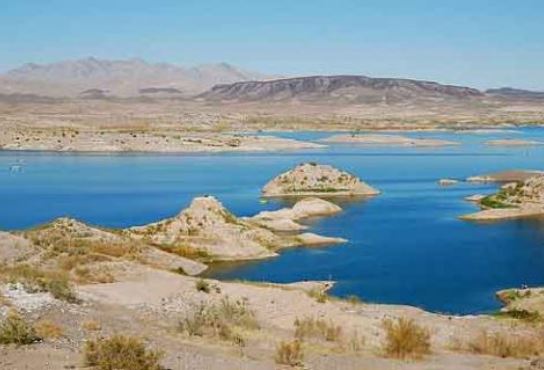 Drought conditioned runoffs along the Colorado River Basin have triggered mandatory shortage declarations In the Lower Basin for the first n history.

On August 16, The Bureau of Reclamation (BoR) announced the results of a 24-month study projecting Lake Mead’s January 1, 2022, water elevation at 1,065.85 feet. That amount is 9.15 feet below the Lower Basin shortage determination trigger of 1,075 feet and about 24 feet below the drought contingency plan trigger of 1,090 feet. The triggers place January 2022 reductions and water savings contributions at Lake Powell and Lake Mead at: [i]

During an August 16 video conference, Tanya Trujillo, the Department6 of Interior, Assistant Secretary for Water and Science, pointed out a 22 year drought and expected continuation of lower than average snowpacks and drier soil conditions require the 2022 reductions.

Arizona Department of Water Resources Director Tom Buschatzke told those attending the video conference that the loss of 18 percent of its Colorado River surface water impacts farmers and Indian tribes in three counties requiring pumping from equally scarce groundwater.  He said the reductions are a concern requiring conservation efforts, especially for Central Arizona farmers and Indian tribes; it is not a crisis.

SNWA’s Water Resource Plan details how SNWA meets the community’s water needs, both in the short term and for the next half-century.

Camille Calimlim Touton, Reclamations Deputy Commissioner, noted that shortage conditions at Lake Mead underscore the value of the collaborative agreements we have in place with the seven basin states, tribes, water users, and Mexico in the management of water in the Colorado River Basin.  But she warned that other reservoirs were short as well, and “we have not eliminated the potential for the continued decline of these critically important reservoirs” during what has become a historic drought.

Ms. Touton said that the Reclamation habit of overestimating water resources requires better estimates of natural flow over the next ten years.

[i] Shortage reductions and operating conditions defined in the 2007 Colorado River Interim Guidelines for Lower Basin Shortages and Coordinated Operations of Lake Powell and Lake Mead, 2019 Lower Basin Drought Contingency Plan and Minute 323 to the 1944 Water Treaty with Mexico.

“This Is Life or Death”: Culinary Union and SEIU 1107 Demand Action to Protect Workers