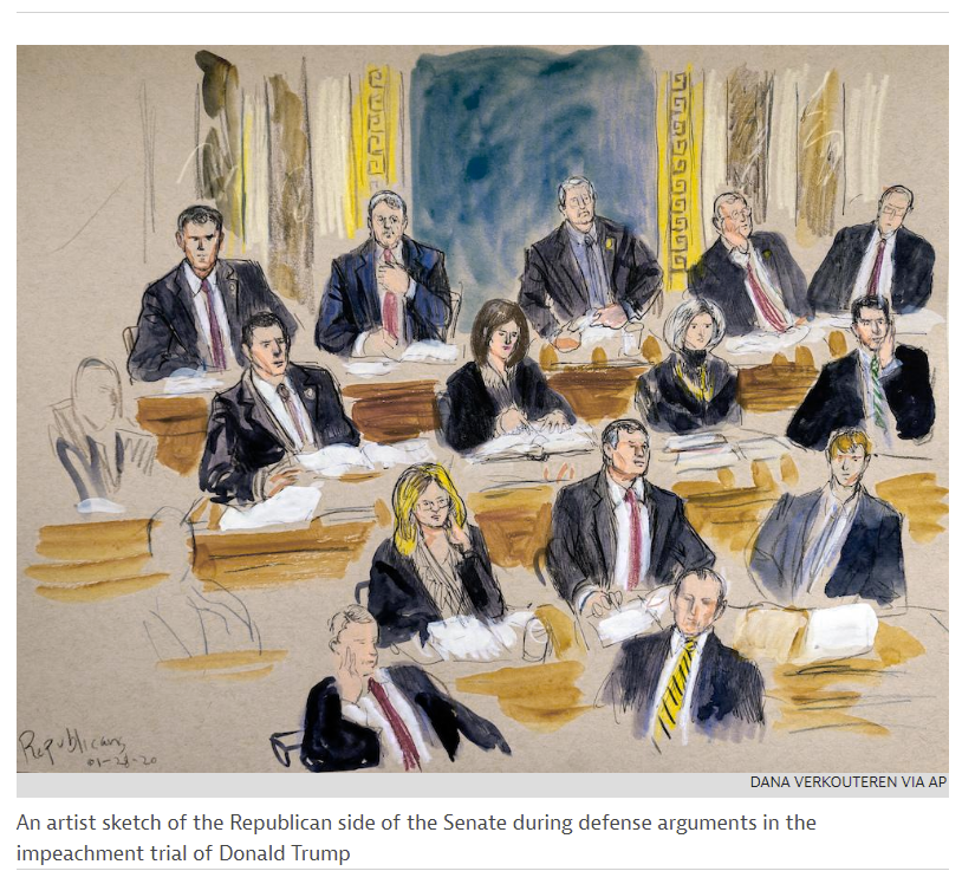 The Senate voted 51 to 49 not to call witnesses in President Donald Trump’s impeachment trial Friday afternoon.

A day earlier, Sen. Lamar Alexander (R., Tenn.), punctured Democrats’ hopes when he announced his opposition, saying he believed the president acted improperly when he pressed Ukraine to launch investigations that could benefit him politically but that it wasn’t an impeachable offense.

Improperly is an understatement and 51 Republicans shut-down any pre-text of a fair trial when they voted to deny witness testimony and documents.

Republican Senators Mitt Romney, Utah and Susan Collins, Main, voted against their party by voting for more witnesses and documents.

Here are the disgraced Republicans who voted against allowing witnesses and documents in Trump impeachment trial. Go to bottom to scroll through document. Have patience. A lot of pictures to loadrepublican 51 voting against witnesses

Sorry we skipped last week, but we're definitely back up and in the air this week. In fact, for this week's escape, we're returning to Hawaii. Why? Well, why not! Let's escape to paradise, at least w
Read More