Climate change is a worldwide crisis. It’s easy to forget this when America is in a constant state of “crisis of crises”. But with wildfires still burning across the region, and still occasionally resulting in smoke spilling over to Las Vegas and Reno, all we have to do is open the door to realize just how close to home this crisis is hitting.

So what will we do about it?

Ignore the partisan politicking. This crisis is very real.

Last week, U.S. Interior Department officials tried their best to carefully tip-toe around the climate change verbiage that President Donald Trump does not like to hear. Nonetheless, they provided further confirmation of the reality of climate change when they released their new projection that the Colorado River Basin will probably remain in drought conditions through at least 2026.

Even though Nevadans and Americans overall largely agree on the reality of climate change and the need to tackle our fossil fuel addiction, there’s a massive difference between how the Trump-era Republican Party views climate change (hint: deny, deny, deny) and how the Democratic Party is gradually coming around to address climate change and environmental justice.

However, we’ve also noticed the division within the Democratic Party between “old-guard, establishment” moderates who fear any potential political fallout from going “too far left”, and insurgent progressives who see anything short of a Green New Deal as an epic failure. 2020 Democratic presidential nominee Joe Biden had typically been aligned with the former camp. But with more of the Democratic base identifying with the latter, and with Biden and his economic advisers increasingly coming around to New Deal sized stimulus to help America recover from our COVID-19 induced recession, Biden’s facing more pressure to do more on climate and the economy.

“The west is burning. We’re in a record drought. The worst pollution on the planet is right here on the West Coast. This conversation needs to happen now.”

So far, Biden and his campaign have attempted to “thread the needle” on climate change by distancing themselves from climate activists’ call for bolder action to end fossil fuel use (such as a fracking ban on federal public lands) while promising bold action in order to motivate more progressive voters to vote for Biden (and by extension, donate to and volunteer for the campaign). During a Nevada State Democratic Party virtual roundtable discussion yesterday, we got to see how the Biden campaign’s approach is resonating with local environmental activists.

In opening the virtual discussion, State Senator Chris Brooks (D-Las Vegas) pointed to current events to make clear what’s at stake in this election: “The west is burning. We’re in a record drought. The worst pollution on the planet is right here on the West Coast. This conversation needs to happen now. The consequences are staring us in the face.”

Former California Governor Jerry Brown (D), himself a key figure in shaping the Golden State’s precedent-setting environmental laws during his record-breaking four terms as Governor (from 1975 to 1983, and again from 2011 to 2019), then insisted that Biden will pursue his own version of the Green New Deal, even if Biden himself prefers not to use that term. According to Brown, “They got a $2 trillion green plan. That includes infrastructure, renewable energy, housing. That will result in hundreds of thousands of new jobs.”

Brown later stated that success in curbing climate change will inevitably lead to less demand for fossil fuel extraction, and he voiced confidence that Biden’s up to the task of transitioning America to a more sustainable future. As Brown said, “We need this national leadership to push our auto companies and our electric providers. It can be done. […] He’s going to build on what Obama did, and he’ll go far beyond.”

Indeed, climate action is a major plank in Biden’s “Build Back Better” plan. He’s proposing a $2 trillion+ investment in renewable energy, zero-emission mass transit, zero-emission electricity by 2035, 1.5 million new and sustainable housing units, new incentives for manufacturers and consumers to adopt cleaner car technology, and an environmental justice centered approach to secure equity for communities of color. Though some activists still fear that Democratic Party leaders still won’t commit to taking sufficient action, the movement leaders on yesterday’s call stressed that in order to make any progress, the status quo must go.

When Nevada Conservation League (NCL) Deputy Director Verna Mandez described growing up in East Las Vegas, she noted, “My community was disproportionately affected by air pollution and our poor air quality.” More recently, Mandez noted that thanks to the ongoing western wildfires, “I went on a walk on Saturday. The air was so bad that I got an alert on our phone about our air quality.”

Chispa Nevada Director Rudy Zamora got even more personal in explaining the importance of this election: “I grew up with asthma. I grew out of it eventually, but it came back about a year and a half ago.” And now that he’s a father, Zamora doesn’t want any more pollution-induced health emergencies affecting his family or anyone else’s: “That’s a story I don’t want any other family to go through.”

Cinthia Moore of Moms Clean Air Force voiced frustration over the ongoing need to fight against the Trump administration’s weakening of federal environmental rules when her family and communities across Nevada demand stronger protections. For Moore, “Our focus has been to keep the Trump administration accountable. We’ve kept track of all the EPA rollbacks over the last three years. All of that affects our air, our water, and our health.” She then added, “Las Vegas right now is #9 in the country for worst ozone pollution. The current standards just aren’t working.”

“We need to ensure that communities of color don’t just have a seat at the table, but also have a say on what’s on the policy menu.”

For decades, far too many media pundits and political operatives have relied on the inaccurate stereotype of environmentalists as “beach house residing, Tesla driving, Whole Foods shopping, heirloom organic granola eating, rich b—- hippies” to dismiss concerns about pollution and climate change. Yet contrary to the “faux woke” elitism and commercialism we see in certain Goopy corners of the internet, the activists at yesterday’s event stressed that the climate crisis is a very real crisis that’s already leading to very real consequences, especially for working-class communities of color.

For NCL’s Verna Mandez, “Communities of color have been on the front lines of fighting for themselves and the environment.” She continued, “We need to ensure that communities of color don’t just have a seat at the table, but also have a say on what’s on the policy menu.”

Though it’s still unclear how much of Biden’s policy menu will ultimately reflect activists’ demands for faster decarbonization and the most robust Green New Deal imaginable, the activists on yesterday’s call at least appreciated Biden and the Democratic Party bringing them to the table, as opposed to Trump essentially banning them and other environmentalists from getting anywhere near the table. Yet thanks to the combination of vociferous activism and stark reality, it’s becoming increasingly undeniable that climate change merits a spot on America’s kitchen table for discussion and action. 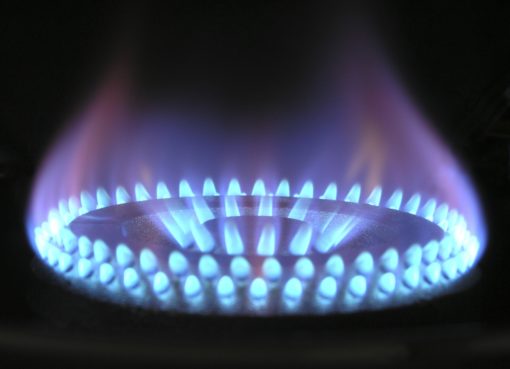 Ever since we began covering the COVID-19 pandemic, we’ve been working our hardest to deliver true news and accurate information based on real science. Unfortunately, some “wellness experts”, celebrit
Read More 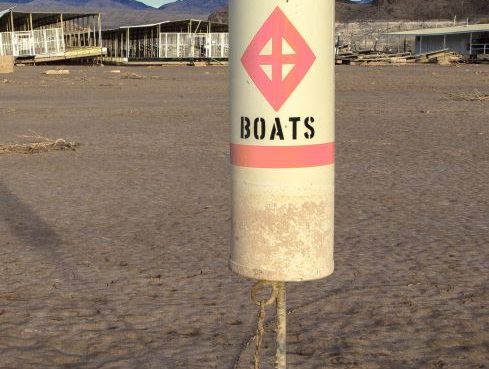