Just this month, three states have already adopted new laws designed to ban most or nearly all abortions. Already, a third state is considering its own near-universal abortion ban. And on the flip side, the Nevada Legislature is considering a bill to remove restrictive language from our abortion laws while other “blue states” with Democratic-majority legislatures are considering similar legislation.

With the growing possibility of a U.S. Supreme Court ruling that may further weaken Roe v. Wade, if not entirely overturn the landmark 1973 decision guaranteeing nationwide access to legal abortion, it’s time for us to take a look at what’s happening in the states (including our own) and what the 2020 presidential candidates are promising to do about it.

Tomorrow the Nevada Assembly is set to hold its floor vote on SB 179, a bill from State Senator Yvanna Cancela (D-Las Vegas) and seven other Senate Democrats that will finally remove criminal penalties that conflict with both the Question 7 ballot initiative that Nevada voters handily approved in 1990 and federal law under Roe v. Wade. Since the State Senate approved SB 179 on a 12-9 vote on April 16, it’s expected to pass the Assembly and receive Governor Steve Sisolak’s (D) signature shortly thereafter.

While SB 179 is meant to harmonize Nevada’s laws on reproductive health care, it’s also structured as a critical line of defense of women’s rights amidst the growing possibility of major change to federal law. Ever since Brett Kavanaugh replaced Anthony Kennedy on the U.S. Supreme Court bench, states like Ohio, Georgia, and Alabama have rushed to pass new abortion restrictions that are essentially designed to test whether Kavanaugh’s ascent to the nation’s highest court finally fulfills a promise many right-wing politicians have been making for the past 46 years: a promise to overturn Roe and restore states’ ability to impose criminal penalties on providers and patients.

While Nevada, New York, and a handful of other “blue states” are moving to enshrine women’s reproductive rights in their respective state law books in the worst-case scenario of the current right-wing Supreme Court majority overturning 46 years worth of precedent, that may not even be the absolute worst-case scenario. As anti-choice activists continue to work towards restricting abortion access nationwide, pro-choice activists may ultimately need a nationwide solution to avert a return to the days of prison sentences, perhaps as long as life sentences, for seeking or performing an abortion.

“This is about the fundamental question of whether we value women and see them as human beings equal to anyone else — and any Democrat who expects to win the presidency must answer definitively.”

Hot on the heels of Georgia Governor Brian Kemp (R) signing into law his state’s attempt to criminalize the vast majority of abortions, and anticipating Alabama Governor Kay Ivey (R) signing into law her state’s near-universal abortion ban and Missouri Republicans moving an abortion ban through their Legislature, a trio of U.S. Senators and presidential candidates responded with not just carefully worded press releases and “BREAKING!” fundraising emails, but also actual plans to fight back.

Let’s begin with Kirsten Gillibrand (D-New York): She’s been working on civil rights, including women’s rights, ever since she was first appointed to the U.S. Senate in 2009. Last week Gillibrand traveled to Atlanta to hear directly from the women who are being targeted by Georgia’s anti-abortion law, and she then published a Medium post detailing how she intends to defend abortion rights in Georgia and nationally.

.@SenGillibrand on anti-abortion legislation: “This is nothing short of an all out assault on women's reproductive freedom… @realDonaldTrump has started a war on America's women. And if it's a fight he wants to have, it's a fight he's going to have and he's going to lose.” pic.twitter.com/7stkDTKvUt

First off, Gillibrand vows to nominate only federal judges who promise to uphold women’s reproductive rights, including the right to safe and legal abortion. Second, Gillibrand wants to codify the 1973 Roe decision into federal law to remove any future threat of another right-wing Supreme Court majority allowing abortion restrictions on a whim and a fancy. Third, Gillibrand wants to repeal the Hyde Amendment that forbids women covered by federal insurance programs like Medicaid, the VA, and the Indian Health Service from using their insurance to cover abortion. And fourth, Gillibrand promises to pursue new federal laws to create a national fund for reproductive health care access in all fifty states and forbid states from attempting any further restrictions to abortion access, including restrictions to reproductive health care insurance coverage.

In her Medium post, Gillibrand declared, “I believe access to abortion is a constitutionally protected right, and I’m not afraid to follow through and guarantee it with the power of the federal government.” She continued, “This is about the fundamental question of whether we value women and see them as human beings equal to anyone else — and any Democrat who expects to win the presidency must answer definitively.”

“Our democracy should not be held hostage by right-wing courts, and women should not have to hope that Brett Kavanaugh and Donald Trump’s Supreme Court will respect the law. Congress should act to ensure that the will of the people remains the law of the land.”

Thus far when most of the national media have been covering Elizabeth Warren (D-Massachusetts) and her campaign, they’ve honed in on her ideas for “big, structural change” on matters like antitrust law and progressive tax reform (if they’ve even mentioned her policy ideas at all). But in the wake of Georgia’s and Alabama’s new anti-abortion laws, Warren published her own Medium post that details her plan of action to protect women’s access to reproductive health care.

As Warren wrote in her Medium post last Friday, “Our democracy should not be held hostage by right-wing courts, and women should not have to hope that Brett Kavanaugh and Donald Trump’s Supreme Court will respect the law. Congress should act to ensure that the will of the people remains the law of the land.”

Also last Friday, Cory Booker (D-New Jersey) released an op-ed in GQ that’s billed as “an open letter to all men”. In this letter, Booker wrote, “Men, it’s on us to listen, to speak out, and to take action. Not because women are our mothers, sisters, wives or friends—but because women are people. And all people deserve to control their own bodies.”

Last Wednesday, Booker began to roll out his plan of action to protect abortion rights. As Gillibrand and Warren have also indicated, Booker wants to codify abortion rights in the federal law books, repeal the Hyde Amendment, and forbid state attempts to restrict abortion access. And like Gillibrand, Booker also promises to only nominate federal judges who will act to protect women’s reproductive rights. In addition, Booker wants to overturn the Trump administration’s rules change that allows employers to deny workers insurance coverage for contraception. Booker also wants to expand Medicare and Medicaid to ensure women have access to reproductive health care, prenatal care, and postpartum care regardless of income.

In his GQ op-ed, Booker explained why he wants to do all of this: “Women of color, low-income women, and women living in rural areas in states that have restricted and sought to criminalize abortion will be disproportionately affected. They may be unable to afford to travel to a different state—which could also mean missing work and arranging for childcare even while enduring lengthy 72-hour waiting periods—in order to get the health care they need. They can’t afford to pack up and leave—and we won’t let them weather this storm alone.”

So what have the others been saying and doing on reproductive health care?

In the past week, most of the Democratic presidential candidates have issued statements in support of legal abortion. Some have even fundraised for reproductive health care providers. And last night South Bend, Indiana, Mayor Pete Buttigieg took to President Donald Trump’s favorite TV network (Fox News) to amplify a line he often uses on the campaign trail: “I believe that the right of a woman to make her own decisions about her reproductive health and about her body is a national right. I believe it is an American freedom. And I believe that should be enjoyed by women in every state.”

However, not all these Democrats have always been completely in sync with feminists on women’s health care. While former Vice President Joe Biden now voices support for keeping Roe in place, he previously supported legislation to essentially overturn Roe, enact what we now know as the Hyde Amendment, and ban certain late-term abortions. Rep. Tim Ryan (D-Ohio) originally declared himself “pro-life” when he entered Congress, though he now supports nominating judges who promise to uphold reproductive rights and supports repealing the Hyde Amendment. And while U.S. Senator Michael Bennet (D-Colorado) considers himself “pro-choice”, progressive groups like Demand Justice have fired back over his votes to confirm several judges nominated by Trump, including U.S. Supreme Court Justice Neil Gorsuch.

If you missed our debut “Policy Matters” deep-dive stories explaining where the candidates stand on gun violence prevention and mental health care and substance abuse treatment, go ahead and read through those. And stay tuned for more, as we’ll soon be taking closer looks on where they stand on immigrant civil rights, LGBTQ+ equality, and climate change. 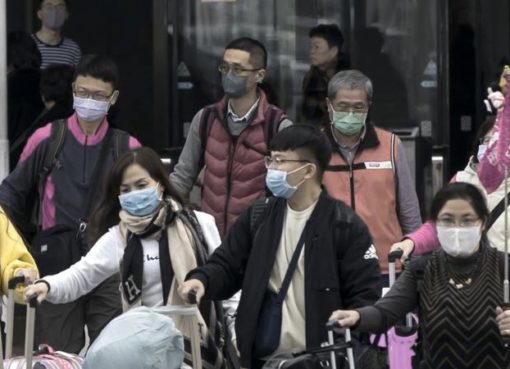 Editors Note: Nevada continues to have the highest rate of sheltered homeless youth in the nation, according to researchers in the UNLV College of Urban Affairs.  It currently takes $77,068 for a
Read More