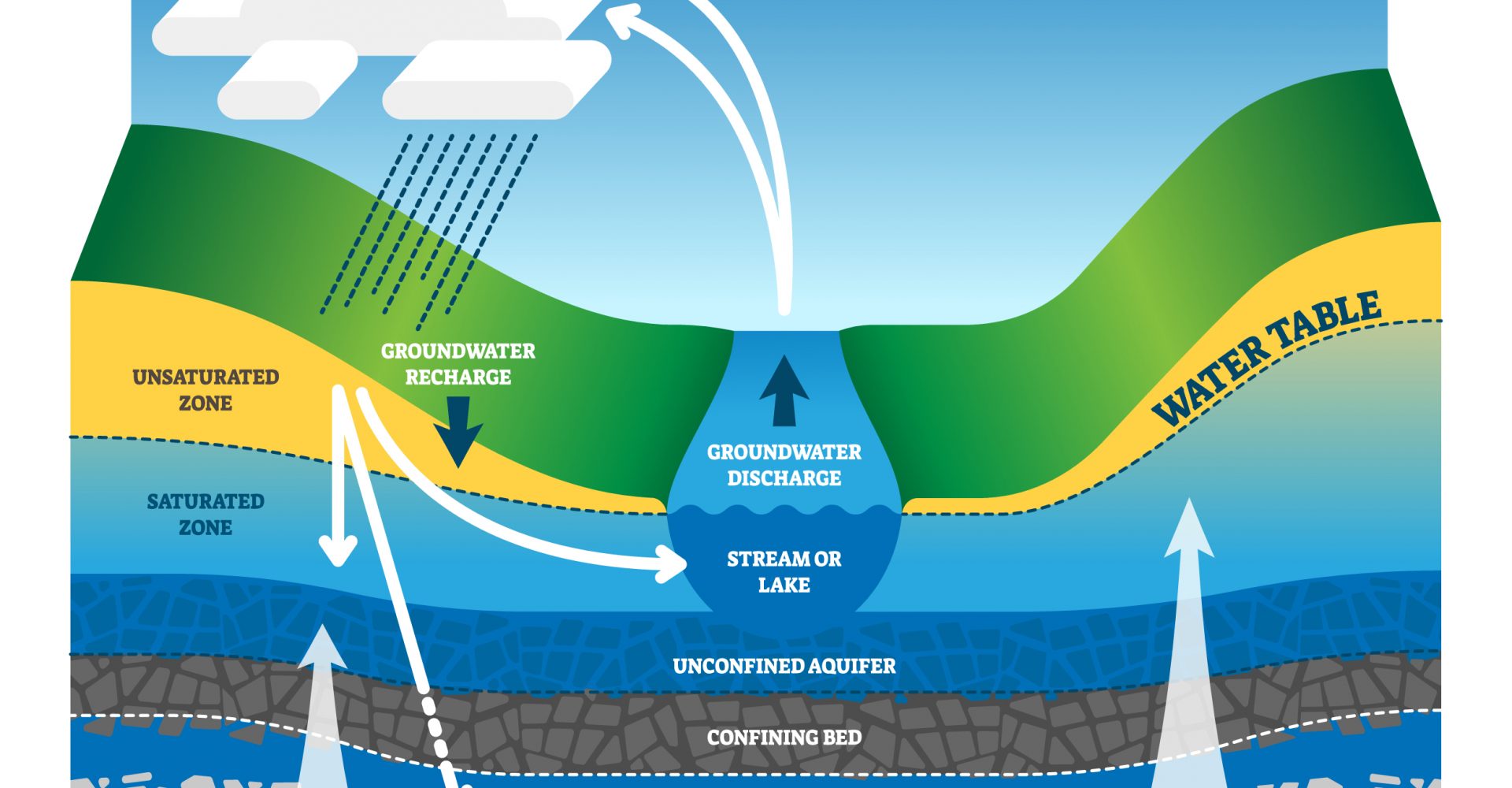 He argued that managers tended to underestimate or ignore the significance of groundwater in water development and planning because of a lack of knowledge of the physical aspects of groundwater and over adherence to the safe yield concept of the perennial yield. [ii]

And in 2017, former Nevada Water Engineer Jason King addressed Nevada’s legislative Committee on Natural Resources, Agriculture, and Mining. He told them that: “It is the general policy of the State Engineer to limit groundwater withdrawals from a basin to the average annual recharge to the groundwater basin or its perennial yield.”  [iii]

Maxey (1967) [iv] pointed out that the perennial yield is generally small compared to the volume of groundwater in storage. As an example, in 1967-68, Glancy and Van Denburgh (1969) [v]  estimated groundwater in storage in the upper 100 feet of saturated Virgin River Valley (Basin 222) fill at 2.9-million acre-feet. [vi] They put the perennial yield at 3,600 Acre Feet per year (AFY).

Glancy and van Denburg noted that at that time, water development in the lower Virgin River Valley considered the surface flow of water from the Virgin River.  They pointed out that future growth may depend partly on the quantity and quality of underground water available to meet the needs of the area.

While the perennial yield is limited to an amount of natural recharge, Maxey recognized that pumping beyond the perennial yield “does not necessarily imply catastrophic effects.” He argued for determining an optimal amount of withdrawal over perennial recharge and stop considering the safe yield. He added that such a determination becomes an essential element of water development planning. [vii]

However, in 2020, Tim Wilson, who replaced King before retiring, said that Nevada water Law does not mandate calculating the perennial yield for water rights administration.[viii]

Nonetheless, as early as 1967, Maxey [ix] recognized the taking of low-cost groundwater more than the perennial yield to develop an economy that generates a capacity to utilize higher-cost water from other sources. He points to Central and Southern California, Salt River valley and Arizona, and the Las Vegas valley as examples and argues for using “rational steps” to “logically and effectively” beneficially mine such water for optimum water resource development.[x]

Maxey developed a time vs. water model to represent the element of the groundwater reservoir development.  This approach is appropriate when considering the groundwater itself. However, transferring water into a basin or artificially recharging it requires the applications of other known equations. [xi]

In applying such equations where prior appropriations apply, Maxey offers three potential solutions. 1) the granting of perpetuity rights based upon perennial use, 2) Applying “temporary or storage rights based upon an optimal planning scheme, or 3) the use of volume determined transfer rights from storage imported in hopes of replacing temporary or storage rights outlined in an optimization scheme.  [xii]

Maxey says that such optimal planning approaches that consider the vast volumes of groundwater from storage exist in California and Nevada, where population and tax bases justify such importation.

[vi] The available water supply of the lower Virgin River Valley is considered i n context of a system yield for conditions as of 1967-68.

“Patients Lives Are on the Line”: Rosen Talks Health Care, from Heller’s New TV Ad to What Kind of Public Option She Wants to Pass

COVID-19 is still spreading, though that pace of spread seems to be slowing down again here in Nevada. For now, it just seems like our stats continue to stagnate. At least, hospitalizations and deaths
Read More