Over the years, political insiders and outside political junkies have closely watched Nevada’s early voting tallies to see which clues they’ll find as to where the election is heading. Now that we can see what happened during the first weekend of in-person voting and at least a week’s worth of vote-by-mail ballot returns, we’re finally starting to get a better picture of what’s happening.

But before we continue, keep this in mind: It’s still early, and plenty more can change in the days ahead.

Yes, Nevada Democrats really are getting off to a great start during 2020 early voting.

As The Nevada Independent’s Jon Ralston has aptly noted at his own early voting blog, this election is very different because of how COVID-19 has changed how we live, and how AB 4 has changed how we vote. Nonetheless since the Nevada Secretary of State’s office and University of Florida professor Michael McDonald (who runs a great tracker of early voting across the nation) are keeping track of vote-by-mail (VBM) ballot returns and in-person early voting, we can detect trends and compare and contrast 2020 turnout (thus far) to what we experienced in past elections.

After just two days of in-person early voting in 2020, Democrats already have a whopping 44,000+ raw vote lead as of this morning. As we can see, a whole lot has changed this cycle. Just looking at in-person early voting alone, Republicans have been punching above their weight by posting big leads in the rural counties, pulling ahead in Washoe County, and holding Democrats to a mere 4% turnout lead in Clark County. However because Democrats have built astronomically robust VBM return leads in Clark and Washoe Counties alongside breaking even in rural VBM returns, this has powered Democrats to such a huge overall turnout lead so early this cycle.

But wait, we have two big “wild cards” that may or may not negate the “conventional wisdom” coalescing around the top lines.

Notice something odd above? In 2016, Clinton’s and Cortez Masto’s respective margins of victory were smaller than Democrats’ early voting lead. But in 2018, Rosen’s and Sisolak’s respective margins of victory were wider than Democrats’ early voting lead. Yet in both cycles, Democrats narrowly outvoted Republicans on Election Day. So what’s with the disparity?

And then, there’s the matter of turnout. So far, national media pundits are expecting nationwide turnout this year to surpass 2016’s grand total of 138 million Americans who voted in that election. Let’s say final turnout this cycle reaches 150 million, which would be 8.7% above 2016’s. If we apply a uniform swing to us here, that means Nevada’s turnout this year would top 1.22 million votes cast.

So what does all this mean? Since about 238,000 ballots have been cast so far, that’s about 13.3% of all active registered voters. That also means we’ve probably at least 15% of this year’s total turnout. Under the scenario I describe above, we’re about 19.5% of the way to the 1.22 million Nevada voter turnout model that fits neatly into the 150 million total U.S. voter turnout model.

Let’s play a little game. I promise this will help in explaining why Biden still has the upper hand here in Nevada.

For now, let’s stick with the hypothetical 1.22 million total Nevada voter turnout for this election. Once we factor in likely third party (including “None of These Candidates”) votes, let’s say Donald Trump needs to hit at least 48% in order to win. Under this scenario, Trump’s “win number” is right around 586,000 votes, or 74,000 more than he got four years ago.

For now, let’s assume that Nevada Nonpartisans behave more like how recent Nevada polls have suggested self-identifying independent voters are doing, as in close to break even, as opposed to certain reputable national polls showing independents breaking more towards Joe Biden. If we give Trump all the Republicans and just over 40% of the Nonpartisans who’ve voted so far, he’s only around 38.5% of the overall vote so far while Biden’s sitting just over 57% (since we’re also giving Biden just over 40% of Nonpartisans along with all the Democrats).

Under this scenario, Trump needs about 495,000 more of his voters to turn out to feel more confident about winning Nevada, which would mean Trump winning at least 50.5% of the remaining votes. While that’s certainly not impossible at this early stage, this right here shows why Biden is already in a prime position to win. In contrast, Biden only needs to win at least 45.8% of the remaining votes to reach our hypothetical 586,000 “win number”.

The TL/DR version: It’s still early. Republicans still have time to make up lost ground. But right now, Democrats are in the driver’s seat.

Once more, please keep in mind that we’re still in the early stages of early voting. We only have two days of in-person voting data and about one week of VBM returns to examine. Things certainly can and will change. Though Clark County’s early vote center schedule looks different from past cycles, I’m still cautioning everyone not to flip out over day-to-day fluctuations that are largely determined by where the temporary vote centers (which also serve as secure ballot drop-off sites) move. (In contrast, Washoe County only has a select list of permanent ballot drop off sites and in-person vote centers.)

In the days ahead, we’ll zoom into more district-level data to see how the down-ballot races are shaping up. Suffice to say, Democrats currently have such big leads in Clark and Washoe Counties that it’s easy to assume we’re in for a far bigger “Blue Wave” than 2018. Though I seriously doubt such high percentage advantages last, we will check in again later this week to see how the raw vote numbers are changing and whether Republicans are turning out enough for in-person early voting to counteract Democrats’ huge VBM leads.

For more information on how to vote this year, check out the Nevada Secretary of State’s comprehensive site explaining our various options this year. If you’re already registered to vote at your current address and you voted in 2018, you will probably be mailed a ballot soon (if you haven’t received it already) thanks to AB 4 becoming state law in August. Once you receive your ballot, you can either mail it in or turn it in at a secure drop-off site. If you still need to register for the first time or update your registration, you can either register to vote online now or at a local voting site when in-person voting begins. And for more information on how to vote this fall, NBC News and The Washington Post have great resource guides to keep on deck.

As COVID-19 Continues to Spread, the Recession Also Deepens 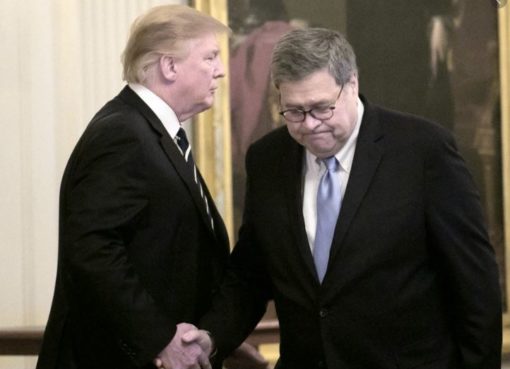 This COVID-19 Recession Didn’t Have to Be This Severe

To hardly anyone’s surprise, any remaining hope for a new federal COVID-19 economic relief package is almost certainly dead. This is nothing short of an American tragedy, yet this has been a mostly pr
Read More