ZION NATIONAL PARK — Anatoxin-a, a nervous system cyanotoxin, and harmful cyanobacteria have been found in the North Fork of the Virgin River in Zion National Park.

On Saturday, July 4, the Utah Department of Environmental Quality’s (DEQ) Division of Water Quality (DWQ) and the National Park Service (NPS) received a report from Zion National Park of a dog dying an hour after swimming in the North Fork of the Virgin River. The dog was playing in the river and at one point was “snapping” at algae growing on the rocks. Prior to its death, the dog exhibited symptoms consistent with possible exposure to cyanobacteria toxins — those produced by harmful algal blooms. The dog could not walk, was in pain, and was having seizures.

Results from water samples taken in the river were received Friday night and show anatoxin-a concentration greater than 55 micrograms per liter in some samples. The health threshold for primary recreation from the Utah Department of Health and DWQ is 15 micrograms per liter. Additionally, harmful cyanobacteria that produce anatoxin-a were identified in multiple areas of the North Fork of the Virgin River.

The Southwest Utah Public Health Department has issued a public health warning for the affected areas of the North Fork of the Virgin River. Signs will be posted to advise recreators of the risks associated with exposure. In addition, Zion National Park has posted signs to warn visitors not to swim or submerge themselves and to keep pets out of the water. Residents should adhere to the following guidelines:

Pet owners should be careful not to let animals play in the river, drink from the river or eat algal scum.

This warning does not apply to Quail Creek Reservoir, Sand Hollow Reservoir, or the Santa Clara River basin.

The Utah Department of Agriculture and Food (UDAF) suggests: Livestock producers provide a different drinking water source for livestock and restrict livestock access to the North Fork of the Virgin River where possible. There is limited information on plant uptake of toxins. The main concern is protecting irrigators from these toxins. Practice good hygiene especially those areas that come in contact with irrigation water.

Cyanobacteria are a natural part of aquatic environments. Some cyanobacteria may produce dangerous liver and nervous system toxins; when in abundance, toxin concentrations can elevate to levels that affect the health of organisms exposed to them, including people, pets, and livestock.

The Utah Division of Water Quality (DEQ), Zion National Park, and local authorities will collect additional samples next week to further inform the extent of the concern. For concerns about possible human exposure, call your physician or the Utah Poison Control at 800-222-1222. For concerns about possible animal exposure, contact a local veterinarian. The public is encouraged to watch for signs of harmful algal blooms and report suspected blooms to DEQ at 801-536-4123. The latest sampling updates are posted regularly at habs.utah.gov. 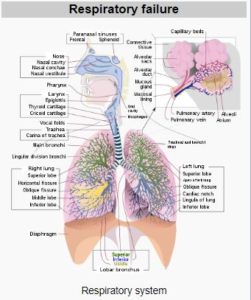 Anatoxin-a, also known as Very Fast Death Factor (VFDF), is a secondary, bicyclic amine alkaloid and cyanotoxin with acute neurotoxicity. It was first discovered in the early 1960s in Canada, and was isolated in 1972. The toxin is produced by seven different genera of cyanobacteria and has been reported in North America, South America, Central America, Europe, Africa, Asia, and Oceania. Symptoms of anatoxin exposure include loss of coordination, muscular fasciculations, convulsions and death by respiratory paralysis. Its mode of action is through the nicotinic acetylcholine receptor (nAchR) where it mimics the binding of the receptor’s natural ligand, acetylcholine. As such, anatoxin-a has been used for medicinal purposes to investigate diseases characterized by low acetylcholine levels. Due to its high toxicity and potential presence in drinking water, anatoxin-a poses a threat to animals, including humans. While methods for detection and water treatment exist, scientists have called for more research to improve reliability and efficacy. Anatoxin-a is not to be confused with anatoxin-a(S), another potent cyanotoxin that has a similar mechanism of action to that of anatoxin-a and is produced by many of the same cyanobacteria genera, but is structurally unrelated. (1)

Governor Steve Sisolak (D), himself recovering from COVID-19, warned his fellow Nevadans of the consequences of unfettered spread of COVID-19 as he admitted, “The time has come, with cases rising as t
Read More

The City's Community Peer Support Website is now live. Click here or on image. to visit site. Mesquite Mayor Al Litman reminds the public to visit health.mesquitenv.gov for the most current in
Read More

About 80% of water managed by the Virgin Valley Water Board (VVWB) comes from underground aquifers (Basin 222). The other 20% comes from the Virgin River,[i] a tributary of the Lower Colorado River Ba
Read More