For years, various right-wing pundits and politicians have fanned the flames of “fraud!” as they denounce any and every effort to make voting more accessible as some nefarious plot to “steal elections”. Yet whenever we do see a rare case of election fraud, we can’t help but notice who’s actually behind the real fraud.

So what on earth has been going on in North Carolina, how does the real fraud on display there differ from the fictional “fraud” that’s become such a far-right cause celebre, and why are the real victims of the real fraud at risk of being punished because of fictitious “fraud” rhetoric?

What really happened in North Carolina’s 9th Congressional District (NC-09), and why is there already a vacancy in the new Congress?

BREAKING- I have obtained 6 sworn affidavits related to the #NC09 investigation. A team of a dozen @wsoctv employees and I working on this. Huge allegations and potential implications. Stories at 5 and 6 @wsoctv #NCPOL

Last month, the entire nation voted in a new House of Representatives. Yet in NC-09, we still don’t know who will succeed outgoing Rep. Robert Pittenger (R-North Carolina) in the district that stretches from the Charlotte suburbs and Fayetteville to rural Bladen and Robeson Counties.

In the days following the November 6 election, controversial religious right activist Mark Harris (R) was declared the winner when it appeared that he beat general election opponent Dan McCready (D) by 905 votes after he narrowly ousted Pittenger in the Republican primary in May. At the time, there was a lot of soul searching: First among Republicans who wondered why a seemingly non-controversial incumbent lost to a very controversial challenger, then among Democrats who wondered why their “perfect dream candidate” lost to such a seemingly toxic opponent.

But then, local TV station WSOC began unearthing evidence that a Republican operative by the name of Leslie McCrae Dowless had convinced unwitting voters in Bladen and Robeson Counties to give his campaign workers their ballots while working under contract with Mark Harris’ campaign, only for him and his team to trash or alter these ballots against the voters’ wishes. Rep. Pittenger himself first warned the North Carolina Republican Party that something wasn’t right here, but national Republican groups refused to heed his warnings. Instead, North Carolina and national Republicans initially expressed outrage over the state’s hesitancy to certify the results.

I didn’t serve overseas in the Marines to come home to NC and watch a criminal, bankrolled by my opponent, take away people’s very right to vote. Today I withdraw my concession and call on Mark Harris to end his silence and tell us exactly what he knew, and when. pic.twitter.com/2hcT00DVhQ

But as reporters and state officials have uncovered more evidence of election fraud, Republican Party leaders have recently changed their tune and joined Democrats in demanding a new special election to fill what will almost certainly become the first vacancy of the 116th Congress, as the state elections board unanimously rejected certification of the disputed result late last month. And now that Dan McCready has withdrawn his concession, insiders in both parties see McCready as the early favorite to win the very seat that may have been stolen from him. But after the topsy-turvy elections of 2016 and 2018, it’s hard to know for sure how any of this will ultimately play out in the new year.

Doesn’t this confirm the right’s fears of “voter fraud”? Hell, no! Let me explain why.

In April 2017, Nevada Secretary of State Barbara Cegavske (R) caused quite the scene when she publicly accused the DMV of processing voter registration forms from non-citizens who are legally barred from voting. Initially, far-right activists proclaimed Cegavske’s accusation as proof that “voter fraud” allowed Hillary Clinton and Senator Catherine Cortez Masto (D) to win Nevada in 2016.

Within hours, Nevada DMV Director Terri Albertson and other officials in Governor Brian Sandoval’s (R) administration clapped back as they explained how the DMV must comply with federal election law, and how the state already has safeguards in place to prevent the widespread fraud that Cegavske and her allies have been intimating since Sharron Angle (R ) falsely claimed “voter fraud” denied her victory over then U.S. Senator Harry Reid (D) in 2010.

Even though Angle, Cegavske, and their far-right allies have repeatedly claimed “fraud” as their reason to oppose legislation to protect voting rights and expand ballot access, they’ve never produced evidence of such fraud occurring as the result of efforts to improve ballot access. Nevertheless, they’ve succeeded in coalescing the Republican Party against such efforts. Just as Cegavske made her accusation against the DMV, Republican legislators claimed this kind of “fraud” compelled them to vote against the citizen initiative to pass automatic voter registration (AVR). Then after Sandoval vetoed it, Question 5 returned to Nevada voters, who then approved it by a nearly 60-40% margin.

For the record, North Carolina does not have AVR, and Republicans in control of the Legislature there have instead pursued bills to restrict ballot access. Despite Republicans’ frequent accusations that states like Oregon and California that have expanded ballot access are more susceptible to “voter fraud”, they’ve never found any real evidence to substantiate their claims. And what occurred in North Carolina was not “voter fraud”, but rather the kind of election fraud that results from criminal actors stealing voters’ voices by tampering with their ballots.

Instead of blaming voters for “fraud”, why not take some personal responsibility for a change?

If the guy who admitted he runs a criminal scheme to rig elections was referred for prosecution, how come he was not prosecuted before now? pic.twitter.com/qX4cVp82Gz

In the ultimate ironic twist last month, Barbara Cegavske barely won reelection over Assembly Member Nelson Araujo (D-Las Vegas) while Question 5 cruised to an easy win. Araujo was quick to accept defeat, and he declined to accuse Cegavske or any other state official of “fraud” while issuing his concession. And now, Cegavske is tasked with implementing the very AVR law she nearly torpedoed with her exaggerated claims of “fraud”.

Meanwhile in North Carolina, various right-wing pundits have claimed the Mark Harris-Leslie McCrae Dowless scandal is somehow proof that widespread “voter fraud” is a national crisis that can only be fixed by (further) restricting ballot access across the board. Never mind that the voters are the real victims here, and never mind that imposing restrictions such as mandatory voter ID and a ban on voting by mail would only cause further harm to the voters who were targeted by Dowless’ scheme. Pointing the finger at “the others” makes it easier for them to excuse their own behavior.

Just noticed another group funding McCrae Dowless in #NC09 – the Bladen County GOP, with $940 for GOTV in October, plus $240 for Jessica Dowless.https://t.co/GsLXPd4Q4Q pic.twitter.com/tvWBCFjEWB

If Republicans in North Carolina and across the nation truly want to put an end to the kind of election fraud that has caused so much turmoil in the lives of NC-09 voters, they can start by targeting the real problem of shady operatives who seek to bend the voters to their will instead of actually respecting the will of the voters. And if these Republicans want to prove their commitment to “traditional values” like “personal responsibility”, they can begin by practicing what they preach and rooting out bad actors rather than blaming their sins on the victims.

Cover photo by “bobistraveling“, licensed under Creative Commons, and made available by Wikimedia. 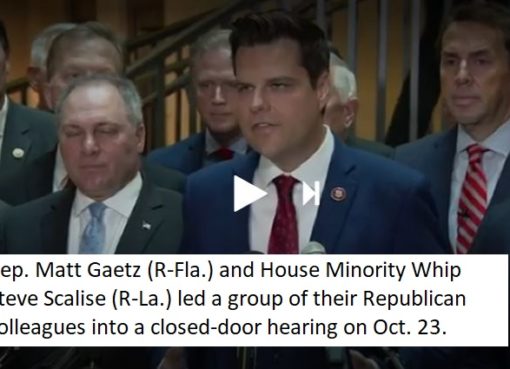 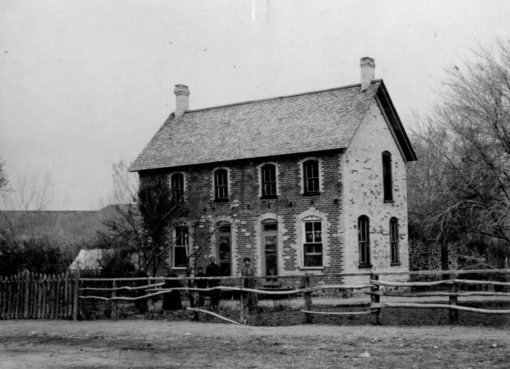 What Happened to the Violence Against Women Act?