This has been quite the busy week, and the next few days promise even more action. On that note, it’s time for us to check in with four of the Democrats running for president next year. Tonight, the Nevada Rural Democratic Caucus kicked off what will be a series of virtual town halls with the presidential candidates. Below, you’ll see what U.S. Senators Cory Booker (D-New Jersey) and Elizabeth Warren (D-Massachusetts), Rep. Seth Moulton (D-Massachusetts), and Marianne Williamson had to say to Democratic voters across the Silver State on a host of issues.

Prologue: What’s this about?

Before we continue, I just want to make a few things clear. One, this has been a very busy week. Senators Cory Booker (D-New Jersey) and Bernie Sanders (I-Vermont) have visited Southern Nevada in person. The Nevada Legislature is rushing into its closing hours. And we have other stories we’re rushing to keep on top of as well.

The Nevada Rural Democratic Caucus hosted tonight’s special virtual town hall that connected over 230 Democratic voters spread across multiple intimate audiences in Gardnerville, Carson City, Dayton, Fernley, Elko, Winnemucca, Pahrump, Las Vegas, Reno, and additional locations. I did my best to watch all four candidates who participated. But in the interest of all our time and my personal sanity, I’m posting this more as a “live-ish blog” so you can see for yourself what the candidates had to say and how they answered local voters’ questions.

Before I proceed, many thanks must go to the Nevada Rural Democratic Caucus and Douglas County Democratic Party Chair Kimi Cole for allowing us to watch alongside the 230+ rural Nevada Democrats who participated. Thanks to them, all of you get to know where the candidates stand as well.

“We’ve got to remember our common cause. We have a lot of common pain, but we’ve got to get us all to a place of common purpose.”

Cory Booker kicked off the evening with a condensed version of his stump speech. He told the audiences, “This election can’t be about what we’re against, but rather what we’re for. […] Beating [Trump] is not enough. We have to aspire for much more.” He added, “We need each other. The lines that divide us are nowhere near as strong as the ties that bind us. […] We’ve got to remember our common cause. We have a lot of common pain, but we’ve got to get us all to a place of common purpose.”

Judy Zabolocky from Dayton soon asked the first question, about what he will do on climate change. Booker responded with a multi-pronged approach that includes undoing President Donald Trump’s undoing of the progress made under former President Barack Obama, getting rid of fossil fuel subsidies, embarking on a “Green New Deal” that includes needed infrastructure investments like expanded electrification of our transportation system, and re-engaging the rest of the world to develop larger, global climate solutions.

Mercedes from the Las Vegas Paiute Colony then asked about the protection of Native American sacred lands. Booker condemned how “tribal sovereignty is being trumped by extractive interests,” then promised, “We should defer to tribes’ self-determination and their right to control their land.”

An audience member from Carson City then asked about today’s tragic mass shooting in Virginia Beach, and what Booker will do on gun violence. He (again) explained his thorough gun violence prevention agenda, and he “Thoughts and prayers are not enough. I was taught in my religious community that faith without works is dead.” He continued, “We need to change laws and save lives. […] We need to defend our communities from the scourge of mass shootings.”

“To me, this is a moment of how we take our democracy back. […] We must make this country reflect our best values.”

Elizabeth Warren kicked off her segment with this call to action: “To me, this is a moment of how we take our democracy back. It’s not just about our economy. It’s about changing the direction of this country.” She continued, “We must make this country reflect our best values.”

Kathy Durham, a public school teacher in West Wendover, asked about public education. She promised to only appoint a Secretary of Education who’s served as an educator, then transitioned to an explanation of her “wealth tax” of 2% on estates worth $50 million or more and 3% on estates worth $1 billion or more. “With that money, two cents, we can provide universal child care for every baby, raise the wages for every educator to the level they deserve, provide debt-free public college to our students, and cancel student loan debt for 43 million Americans,” Warren said. When an audience member in Elko then asked about student debt, Warren again spoke of how her “wealth tax” pays for real action: “Put in two cents so all our kids can have a chance. Nobody should be crushed by student loan debt when they’re just trying to have a chance to succeed.”

Someone from Reno then asked about “Medicare for All” single-payer, and whether Warren will ensure full coverage for transgender Americans. On single-payer, Warren noted, “I’m already a co-sponsor of the bill, so count me in.” She then added, “For equal access to needed care for trans* people, absolutely. Every person in our country is valuable, and every person is entitled to the full medical care they need.”

An audience member from Reno-Sparks Indian Colony then asked about how to improve relations between Native American tribal communities and the federal government. Warren responded, “America needs to respect and fulfill treaty obligations. We must respect tribal sovereignty.” She used her national opioid addiction recovery plan as an example, as the bill includes direct funding to tribal communities, as well as marijuana legislation she’s sponsoring with Senator Cory Gardner (R-Colorado) that protects tribal communities’ right to determine their own marijuana policies and regulations. According to Warren, “[These are] real pieces of pending legislation that show the tribes will be treated with respect and the tribes will receive what they deserve.”

“Let me give you the legal definition of violating a subpoena: It’s breaking the law. […] I think impeachment proceedings must start immediately.”

Next up was Seth Moulton. He opened by explaining “I would not be here if it were not for my time in the Marine Corps. It was in Iraq when I saw the consequences of failed leadership in Washington.” He then noted how he defeated incumbent Rep. John Tierney (D-Massachusetts) in the Democratic primary in 2014, and how he’s since continued to pursue a “life of service”. On taking on the mission of defeating Trump next year, a mission Moulton thinks is more difficult than many Democrats want to admit, he said, “We need someone who knows how to […] bring together a divided country.”

Taralee Logue from Pahrump asked about Governor Steve Sisolak’s (D) veto of AB 186 to enter Nevada into the National Popular Vote Compact. Moulton replied, “I was among the first candidates to say we must get rid of the Electoral College. Every vote must count. […] Every vote must matter.”

A voter from Winnemucca then asked about the opioid epidemic and what to do about it. Moulton noted his local VA clinic has already begun offering “alternative pain therapies”, and he said he supports expanding access to such “alternative pain therapies” to the wider civilian population. He also wants marijuana legalized nationally: “Let’s legalize it to make it safe rather than pretend that if we keep it illegal, people won’t use it.” He also cited the Gloucester, Massachusetts, “Angel Program” of prioritizing treatment over punishment as an example for the rest of the nation: “Throwing people in jail for opioid addiction does not work.”

A little later, the discussion led to the matter of impeachment. And unlike some of the other candidates, Moulton was ready for it: “It’s obvious that Donald Trump is breaking the law. […] Let me give you the legal definition of violating a subpoena: It’s breaking the law.” He then declared, “I think impeachment proceedings must start immediately.”

“My whole campaign is about moral regeneration. You must make right what you’ve done wrong.”

Last but certainly not least was author, lecturer, activist, and spiritual leader Marianne Williamson. In her opening remarks, Williamson touched on the origins of this nation and the nation’s founding document: “All of us are equal. All of us have inalienable rights. All of us deserve to have our rights respected and protected.” She then warned that “multinational corporate interests” are drowning out the people’s best interests.

As Williamson views the state of our union, “Our government advocates for short-term corporate profits, rather than for [the best interest of] the people.” Like Warren and Sanders, Williamson wants “Medicare for All”, free public college, and a “Green New Deal”. In addition, Williamson wants a Cabinet level position for children’s well-being, another Cabinet-level U.S. Department of Peace, and a national reparation program for African-American descendents of slaves and Native American tribal communities.

Diabi Melendez, a 14-year-old student in the Reno-Sparks Indian Colony, asked about public education. Williamson responded by noting a historic inequity that U.S. Senator Kirsten Gillibrand (D-New York) also touched upon when she was in Las Vegas in March. “We are the only advanced democracy that bases our school funding on property taxes. It is absolutely absurd,” Williamson declared. She continued, “Every school must be a palace of culture, a palace of arts, and a palace of learning. The federal government must ensure this for every student.”

Williamson added, “My whole campaign is about moral regeneration. You must make right what you’ve done wrong.” She even flipped the whole “electability” argument on its head when she declared, “We need some brutal, radical truth-telling in this country. That is the only way to beat Donald Trump, with the truth.” 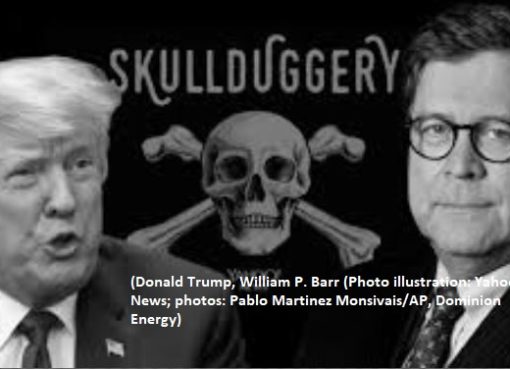 Today, four Department of Justice (DOJ) prosecutors who asked a judge to sentence Donald J. Trump’s longtime ally Roger Stone to between seven and nine years in prison withdrew from the case. Their
Read More

He’s out. She’s out. He’s out. And now, he’s out. After seven months of pundits and reporters pointing and laughing over “the largest Democratic presidential field in modern history,” the field is sud
Read More

Election 2019: What Happened, and Why Should We Care?

So we just survived Election Day, and… Wait, we didn’t have any elections here in Nevada. However, several other states held elections for state and local offices, and the results may have offered a f
Read More