Over the weekend, the Nevada Legislature poked and prodded a little further into Governor Steve Sisolak’s (D) proposed budget cuts. Yet even as Sisolak himself has encouraged the Legislature to come up with a better alternative, that prospect remains as (un)likely as the prospect of America getting a handle on the COVID-19 pandemic any time soon.

Surprise (but not really), no one really likes Sisolak’s proposed cuts.

On Saturday, members of the Nevada Legislature heard from state workers who lambasted AB 1, or the bill to implement Governor Steve Sisolak’s proposed furloughs and merit pay freezes for (most of) the state’s 18,000 public workers, along with a monthly “premium holiday” where the state sends one month worth of Public Employee Benefit Program health insurance contribution to the general fund instead.

During the Assembly’s AB 1 hearing, workers criticized the proposal for targeting them for additional cuts to the Great Recession era pay and benefit cuts that they never fully recovered from. In addition, they and some legislators expressed concern that cutting public sector workers’ pay and benefit cuts will only result in sending them into the state’s social safety net that’s already being strained by its current caseloads.

They’re not alone in noting this concern. During CBPP’s press call with highly acclaimed economists Mark Zandi and Raj Chetty last Thursday, Zandi specifically warned, “Without additional support, people will have no choice but to stop paying bills and cut back on other expenses. This will lead to further job loss and unemployment.” Zandi then warned that America overall stands to lose another 1.5 million public sector workers unless the federal government acts soon to give Nevada and other states enough resources to avert further pay cuts and layoffs, as states have already been using their CARES Act funds to cover current needs and the extra $600 in weekly unemployment income is set to expire in 18 days.

And yet, the Nevada Legislature still struggles to agree on an alternative.

Unless and until the Trump administration and Congressional Republicans relent in their blocking of further aid to individuals and state and municipal governments, the Nevada Legislature has only two realistic budget options: Cut the budget by as much as Sisolak has proposed, or raise taxes in order to minimize or eliminate the need for such severe cuts. But then again, the latter option may be more expansive, or there might actually be a third option available, depending on how legislators opt to define “raise taxes”.

Of course, there’s still an outstanding dispute being fought in state court over whether the Legislature “raised” taxes without full ⅔ supermajorities in June 2019 by extending the Modified Business Tax (MBT) on party line votes. Democrats have a supermajority in the Assembly but not the Senate, so this is the one area where Republicans hold leverage in a state government where they’re otherwise almost completely shut out (save for Secretary of State Barbara Cegavske [R]).

On the Senate side last Saturday, legislators heard SB 3, the bill that encapsulates Sisolak’s various tax tweak proposals. SB 3 currently only includes Sisolak’s proposal to temporarily collect mining taxes in advance (as has been done previously), but Senator Melanie Scheible (D-Las Vegas) asked the Legislative Counsel Bureau (or LCB, the Legislature’s in-house office of fiscal, legal, and policy experts) whether the state can repeal mining tax deductions. LCB fiscal analyst Russel Guindon responded that the state can amend or repeal the 13 statutory deductions now, as those are not part of the Nevada Constitution’s 5% tax cap on mining net proceeds that would have to go through the more time-consuming constitutional amendment process in order to change.

There’s no easy way out… But will they at least try to find any better way out?

Though she raised the question and got an answer, Scheible hasn’t stated whether or not she supports removing the statutory mining tax deductions. Then during a livestream with Battle Born Progress Saturday night, Senator Chris Brooks (D-Las Vegas) personally endorsed both removal of the deductions and a constitutional amendment to remove the 5% mining tax cap. However he also added that he doubts the Legislature “[has] the bandwidth” to begin such a constitutional amendment, and he alluded to Democratic leaders’ preference for Republican buy-in on deduction removal in order to avoid another courtroom fight over what’s the legal definition of a “tax increase”.

Around the same time, State Senator Ben Kieckhefer (R-Reno), who’s often considered the most winnable Republican vote for any tax increase, told The Nevada Independent that he considers the removal of any mining tax deductions a “tax increase”, and he noted his own preference to “uncover every opportunity to minimize these cuts without raising taxes”. And regardless of what legislators decide to do or not do on mining taxes this month, that alone likely still won’t be enough to cover the nearly $1.2 billion deficit this fiscal year.

As long as Kieckhefer refuses, Brooks is suggesting that Democrats don’t intend to take on the risk of going it alone on taxes. And again, as long as the Nevada Legislature opts not to raise any taxes or curb any tax deductions or subsidies, they will probably have to accept the vast majority or all of Sisolak’s proposed budget cuts unless and until Congress ends its own impasse on additional federal aid. And as long as the federal government continues to incentivize rapid reopening while COVID-19 infections and hospitalizations continue to surge in Nevada and nationally, the state of our state remains as dire as ever.

We’ve discussed this in general before. But if you fave further questions about how the state is using previously appropriated federal relief funds, or if you have anyone asking why the state can’t just use federal money for this or that project, go ahead and save this document from the Governor’s Office detailing where those federal dollars are going.

Spoiler alert: Nevada received $1.25 billion total from the CARES Act, but nearly half of it needed to go to municipal governments (with some going directly to Clark County and the City of Las Vegas from the U.S. Treasury) for their own respective COVID-19 response and relief efforts. That left $687.5 million just for the State of Nevada, and all of this $687.5 million is specifically marked for COVID-19 response and relief programs, meaning that it legally can not be shifted to another public service (like K-12 education, beyond the $33 million the CARES Act gave Nevada for K-12 schools) or to fill the nearly $1.2 billion deficit the state is facing for this fiscal year. 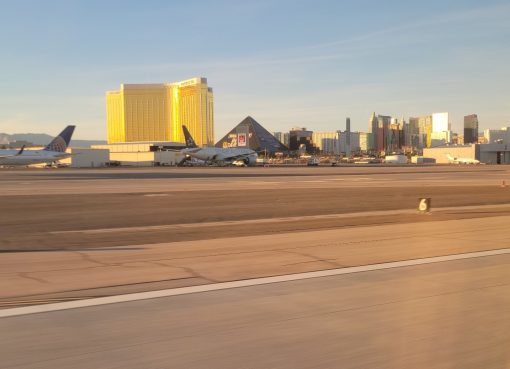 COVID-19 continues to spread, even as so many of our politicians refuse to acknowledge the reality of this pandemic. Though we have some good news to be thankful for, we also have to be careful with a
Read More

Web of Hate: Trump, Impeachment, and the Aftermath

Last Saturday, the U.S. Senate voted 57-43 to convict former President Donald Trump on one impeachment article of inciting the January 6 Attack on the U.S. Capitol. But because 57 falls short of the ⅔
Read More 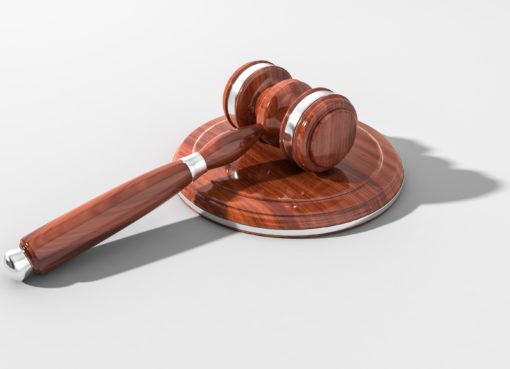 Wolf Creek Attorney Asks Court To Move Ahead With Suit Against Water Board.