While tongues are still wagging over the passage of SB 143 to end the six-year saga over Nevada’s background check loopholes, there are more gun violence prevention bills still pending in the Legislature this session. Two have to do with bump stocks, and one bump stock bill was just heard in committee this morning. Here’s how that went, and here’s a heads-up on the road ahead for gun violence prevention legislation in Carson City.

“This isn’t an anti-gun bill, and I’m not an anti-gun legislator. I’m married to a Republican, and we own guns. We believe better laws make us better gun owners.”

As she opened the hearing, Jauregui explained why she’s presenting AB 291 now: “I want to make sure that no person or family member has to live through a mass shooting ever again.” She then described her life as a 1 October survivor, including how she initially did not want to go public about her experience: “I wanted to forget it ever happened, and I didn’t want to live through it ever again.”

But after the Parkland Shooting, Jauregui felt compelled to speak out, even as her memories from 1 October remained so fresh and so harrowing. And then, if her own testimony wasn’t enough to convince some of her colleagues that she has no ulterior motives, Jauregui exclaimed, “This isn’t an anti-gun bill, and I’m not an anti-gun legislator. I’m married to a Republican, and we own guns. We believe better laws make us better gun owners.”

“There is no legitimate reason to allow these [bump stocks] into Nevada’s communities. The risk is far too great.”

Following Jauregui was Chelsea Parsons, Vice President for Gun Violence Prevention Policy at the Center for American Progress. She noted, “Before 1 October, Nevada had a rate [of gun deaths] 39% higher than the national average. A person is killed by a gun every 21 hours, and these shootings never make headline news.”

Parsons later added, “There is no legitimate reason to allow these [bump stocks] into Nevada’s communities. The risk is far too great.” If AB 291 becomes law, state law enforcement agencies will be able to keep bump stocks out of civilian environments regardless of what becomes of the new federal bump stock restrictions.

In addition, the bill proposes a restriction on individuals who are over the 0.08% public intoxication of alcohol limit from publicly brandishing firearms. And today, Jauregui presented a conceptual amendment to change the language on state preemption to clarify that municipal governments can pass their own ordinances to tighten gun regulations beyond the current state standard, but can not misuse this power to pass ordinances that conflict with state law (as the Nye and Eureka County Sheriffs are attempting to do to undermine the new background checks law). When asked by Assembly Member Chris Edwards (R-Las Vegas) and State Senator Ira Hansen (R-Sparks) about the preemption part of AB 291, Parsons explained, “State law will set the floor when it comes to gun regulations.”

“No one attending a concert or an event of any kind should be able to explain the whistle sound of a bullet so close to their left ear their hair moves.”

As the hearing shifted to public testimony, Battle Born Progress Executive Director Annette Magnus declared, “Better gun laws are needed for Nevada. The facts back that up. […] Today is the next step of seeking justice for victims and survivors of that tragedy.” And when she also noted she has guns in her household, Magnus added, “Supporting better gun laws make me a better gun owner.”

Former Clark County Commissioner Chris Giunchigliani (D) then spoke to the preemption section when she stated, “Without the ability to enact stronger gun laws that are suitable to our communities, all of our counties are vulnerable to further acts of gun violence.” She then pointed to 1 October and the immediate aftermath when she declared, “local governments are better suited to deal with matters” that immediately come up in their own communities.

Later, 1 October survivor Heather Sallan asked legislators not to put any more Nevadans at risk of experiencing what she and Sandra Jauregui survived: “No American should ever have to see what I have seen and heard, and lived through the terror filled experience of rapid machine gun fire hearing and watching bullets hitting people around me.” She added, “No one attending a concert or an event of any kind should be able to explain the whistle sound of a bullet so close to their left ear their hair moves.”

“The bill was written by someone who doesn’t understand how firearms work.”

After supporters took the opportunity to speak on AB 291, NRA lobbyist Dan Reed opened opposition testimony by declaring, “This bill makes sweeping changes to the law that could outlaw common changes and modifications to firearms overnight.” Reed then characterized the bill as making “broad and sweeping changes” to gun laws, despite the actual language in the bill specifying bump stocks and other similar accessories that are designed to make semiautomatic assault weapons function more like fully automatic guns.

Later on, Franklin Armory CEO Jay Jacobson exclaimed, “This bill is flawed. This bill will outlaw any and all semi-automatic firearms,” even though the bill just targets bump stocks and similar devices rather than pursue a more holistic assault weapons ban. Jacobson then derided Jauregui in suggesting, “The bill was written by someone who doesn’t understand how firearms work,” even after Jauregui spoke about her own experience as a gun owner and gun violence survivor.

The Minden based company manufactures AR-15’s, other semi-automatic weapons, and accessories that are designed to increase a gun’s firepower. After describing how this bill may affect his business, Jacobson issued this warning: “I will not wait for the state to put a noose around my neck. If AB 291 passes and becomes law, I will make plans to take my company and the 90 jobs we provide to another state [with weaker gun laws].”

During her opening remarks, Jauregui acknowledged, “I know that for every bullet that didn’t hit us, it could have hit someone else.” She continued, “I was so hard to see other people being hurt […] and think that it could have been us. […] No matter how often I have to share my story, I will make sure to continue sharing my story until no one else has to share a similar story.”

And yet, as the hearing progressed, multiple AB 291 opponents proceeded to castigate Jauregui and her motivation in writing this bill, and even a few of Jauregui’s fellow legislators contributed to this castigation.

Some six weeks ago, we tried to put the SB 143 background checks law into proper perspective. Like that law, this bill contains a few minor changes to gun laws, including one change that’s largely been endorsed by the Trump administration and multiple Republicans in Congress. And yet, the NRA and its allies continue to fight against such modest changes in Carson City and Washington, D.C.

Today’s hearing and other recent actions serve as reminders that when it comes to gun violence prevention, advocates had better be prepared to act. And if they think for a moment that they can find some kind of “middle ground” or “happy medium” on this matter, they’ll continue to face rude awakenings when opponents make clear they’re not interested in any “middle ground”. 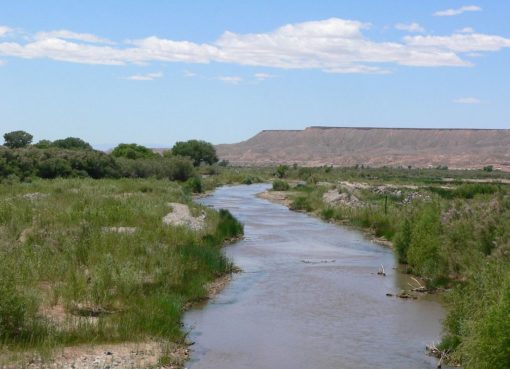