During yesterday’s Senate floor session, State Senate Majority Leader Kelvin Atkinson (D-North Las Vegas) unveiled SB 143 to essentially repeal, replace, and revive the background checks law that Nevada’s previous Governor and Attorney General refused to enforce despite voters approving it in 2016. Today, the bill is receiving its big hearing. And as the week progresses, we’ll finally find out whether the six-year long fight to close background checks loopholes on gun sales will be resolved by the very closure of these background checks loopholes.

How did this all begin?

In 2013, then State Senator Justin Jones (D-Las Vegas) introduced SB 221 to close the loophole in state law that allows people to evade background checks when obtaining guns online or at gun shows. Jones’ bill came on the heels of the December 2012 Newtown Shooting, yet just six months after that mass shooting then Governor Brian Sandoval (R) vetoed the bill.

About a year after Sandoval’s veto, gun safety advocates began collecting signatures for the Background Check Initiative, a ballot initiative that successfully qualified in November 2014 for the November 2016 ballot. While the initiative scraped together just enough votes to pass with just over 50% of the vote that year, then Attorney General Adam Laxalt (R) released an opinion declaring the initiative to be unenforceable due to its direction that the FBI conduct the background checks via the federal NICS system. Even after Southern Nevada suffered the nation’s deadliest mass shooting on 1 October, 2017, Sandoval and Laxalt ultimately remained opposed to implementing the voter-approved initiative.

Gun safety advocates sued in a last-ditch attempt to get the 2016 Background Checks Initiative enforced, but District Court Judge Joe Hardy, Jr., ruled against them last August, thereby punting the final verdict back to Nevada voters. So when Nevada voters elected Governor Steve Sisolak (D) and wide Democratic majorities in the Legislature last fall, the Background Checks Initiative was virtually guaranteed a new lease on life. That guarantee began to become reality yesterday, when Atkinson unveiled SB 143 to replace the ballot initiative’s language with a system where the State of Nevada takes full responsibility for conducting the background checks beginning January 2, 2020.

“We simply can not allow this to act any more. We must act.”

Shortly upon Senate Judiciary Committee Chair Nicole Cannizzaro (D-Las Vegas) opening today’s special joint committee hearing, Atkinson recounted much of the history behind the first background checks bill in explaining why the Legislature is now considering his new bill. According to Atkinson, “A majority of Nevadans made clear they want sensible gun control and background checks on gun sales and transfers.”

He then noted the FBI snag that prevented the implementation of the 2016 ballot initiative: “The bill before you today fixes that problem contained within Question 1.” Atkinson then explained how SB 143 fixes the problem of the FBI refusing to take the state’s order to enforce a state law: “Basically, the bill subjects these sales to the same background checks requirements,” as in the Nevada Department of Public Safety will instead conduct background checks on gun show and online gun sales that are currently exempted under state and federal law.

Atkinson then recounted a 2016 day care shooting near his North Las Vegas neighborhood in explaining how the shooter’s ability to evade a background check led to this tragedy. He concluded his opening statement by declaring, “We simply can not allow this to act any more. We must act.”

“If we have a background check at each point of sale, a quick and easy process, you’ll prevent the guns from falling into the wrong hands.”

Following Atkinson’s opening statement, legislators began peppering Everytown for Gun Safety legal counsel William Rosen with questions on the bill’s language. In response to Assembly Member Chris Edwards (R-Las Vegas) speculating on how criminals could evade the legal market to obtain guns, Rosen responded, “The idea behind this bill is if we shrink that market of unlicensed sales, it will be harder for the dealer to [evade the background checks requirement].”

Before asking her question, Assembly Member Jill Tolles (R-Reno) acknowledged, “I, too, have had a family member murdered. I understand what it’s like to go through that trauma and how that impacts you.” She then asked why people who already have concealed carry permits must be subjected to background checks every time they acquire a new gun.

Rosen responded, “A concealed carry permit lasts up to five years,” and he then pointed out how things like domestic violence protection orders and criminal convictions can happen within that five-year period. Rosen continued, “If we have a background check at each point of sale, a quick and easy process, you’ll prevent the guns from falling into the wrong hands.” He then reiterated this point when Assembly Member Brittney Miller (D-Las Vegas) asked how often buyers would be subjected to background checks.

“Would this have prevented the 1 October shooting?”

Before asking his question, Senator Ira Hansen (R-Sparks) declared, “Quite frankly, laws like these only affect law-abiding citizens.” Then as Hansen proceeded to cite the (long-ago debunked) findings of controversial far-right economist John Lott, he did stumble upon something that’s increasingly being debated within gun safety advocacy circles. Earlier this month, Vox’s German Lopez pointed out the conflicting data on background checks efficacy in curbing gun violence. Lopez noted how one cause of this may be the shortcomings of prior background checks systems that lacked significant data, and this issue may actually be resolved by the State of Nevada expanding its own background checks system rather than relying upon the federal NICS system.

Still, Lopez asked why Democrats and gun violence prevention activists have sometimes hesitated to push forward bolder policies, like setting up a real gun licensing system for all aspiring gun owners. Ultimately, there’s the simple matter of policymakers having to start somewhere. And with the more recent growth of “dark web” outfits like Armslist, gun safety advocates see background check expansion that covers these kinds of back alley and “dark web” gun sales as something that can restrict these channels that criminals can use to obtain weapons.

Assembly Member Alexis Hansen (R-Sparks) asked, “Would this have prevented the 1 October shooting?” Rosen replied, “There’s nothing I know about the shooter’s history that would have prevented it.” While Alexis Hansen may have succeeded in making her point on 1 October, it’s important to remember that gun violence extends far beyond mass shootings to include suicides, accidental deaths, domestic violence incidents, and other violent crimes… And how the guns involved in these deaths and injuries were obtained.

As the hearing shifted to citizen testimony, two 1 October survivors arose to share their stories. Survivor Ann Germaine stated, “I am here today because the experience I survived that night should mean something. The vote I cast [in 2016] should mean something.” She continued, “I believe background checks conducted on all gun sales will reduce gun violence and save lives.”

Another 1 October survivor, Assembly Member Sandra Jauregui (D-Henderson), recalled, “I can still vividly remember the events of that night, having my soon-to-be husband falling down on me to shield me from the raining bullets.” She then declared, “Every day, people die from a gun. […] While it’s true that this would not have stopped 1 October, it does not mean we should throw up our hands and let this be the world we live in.”

When it was time for the opposition to speak, NRA lobbyist Dan Reid seemed to imply just that when he referred to the 2016 initiative and 2019 bill as “poorly drafted, ineffective, and unenforceable”. He then added, “Who doesn’t comply with the law? It’s criminals.”

Opposition testimony also included a former Las Vegas District Court judge who was reprimanded by the Nevada Supreme Court for mishandling multiple criminal trials, a former Assembly candidate and Army veteran who’s been accused of deserting his fellow soldiers during his Iraq War service, and the now infamous Storey County Sheriff who’s facing multiple accusations of sexual misconduct and abuse of power. Even when we place aside their testimony, Reid’s and the NRA’s stance of “criminals break the law, so why change it” seems like a very nihilistic approach to a very serious and very lethal problem. So now, it’s up to 63 legislators to decide just how seriously they want to address this problem and what exactly they want to do to actually solve it. 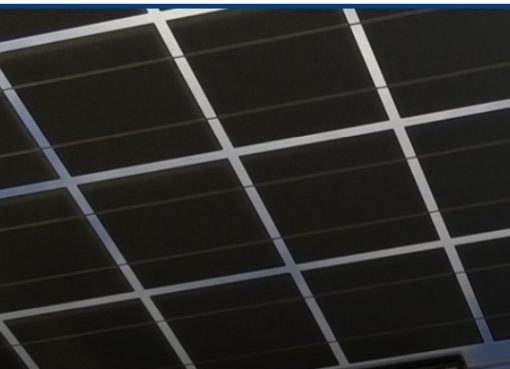 The Revolution Is Now: May We Please Just Have a Primary?

This week, the Nevada State Democratic Party is declaring victory and describing its caucus as “successful” because we got results over the weekend and media outlets quickly declared a winner with no
Read More

Remember when we discussed Republicans’ rather slim odds of flipping either house of the Nevada Legislature? Those slim odds are diminishing even further today, as the Clark County Election Department
Read More