Today, the Legislature advanced several key environmental bills. Moments ago, the Assembly passed AB 163 to strengthen water conservation standards while the Senate passed SB 150 to require more municipal water resource plans. And later in the day, the Senate passed SB 358 unanimously to update the state’s renewable portfolio standard to 50% by 2030.

A quick refresher on AB 163

AB 163 was amended to add public utilities into the bill text and exempt some historic buildings from the conservation standards. Otherwise, the essence of the bill has pretty much remained the same.

Interestingly enough, AB 163 came up after the Assembly voted 28-12 (along party lines) to pass AB 95 to set in place rules and guidance for extraction of groundwater from basins suffering under extreme drought. The same party-line split materialized during the AB 163 vote, despite the rare show of agreement amongst groups as typically disparate as the Southern Nevada Water Authority (SNWA) and the Great Basin Water Network. All Democrats present voted for, while all Republicans present voted against.

Meanwhile, in the Senate…

Over on the other end of the Nevada Legislature, the Senate also advanced one of its water bills. Senator Pete Goicoechea (R-Eureka) and four other Republicans introduced SB 150 to require water resource plans (that identify water sources and how much is available for use) for municipalities and local water agencies that haven’t yet done so. The bill passed unanimously (as in 21-0).

In addition, the Senate just made a big move to both act on climate change and act on the heels of a voter-approved ballot initiative. Last November, Nevada voters approved Question 6 to raise the state’s renewable portfolio standard (RPS) to 50% by 2030. Yet while Question 6 must return to voters next year in order to secure final passage, Senator Chris Brooks (D-Las Vegas) has brought forth SB 358 to expedite the state’s adoption of a 50% by 2030 RPS.

The Senate adopted an amendment to allow for the continuing use of hydroelectric power in rural Northern Nevada, and the Senate later voted on the full bill. SB 358 already received bipartisan support in committee, and it passed the Senate unanimously during the late afternoon floor session.

This story was updated at 5:25 PM to include the Senate floor vote on SB 358.

Bring This Home: A Closer Look at the Big Picture Behind Las Vegas’ Controversial Homeless Ordinance

Last week, the Las Vegas City Council garnered national attention for an ordinance establishing more of a “tough on crime” approach to homeless encampments. This came hot on the heels of San Francisco
Read More 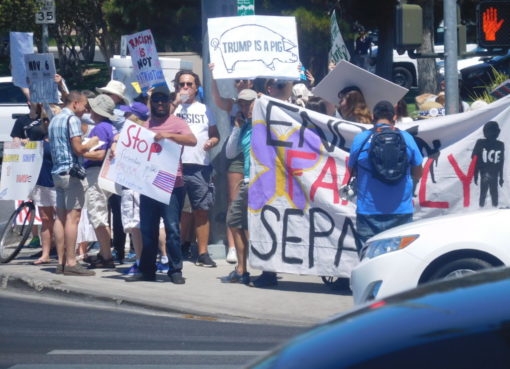 How Should a Patriot Act? Notes on Tackling Depression This Independence Day

As you read this, I’m probably somewhere cooler. It’s been a mild summer in Southern Nevada thus far, but that still means it’s more than hot enough to merit a Fourth of July vacation somewhere cooler
Read More