We’ve been talking a whole lot about Nevada Democrats and their presidential caucus all year. That’s for a clear and obvious reason: They’ll actually have a caucus next February, and that caucus looks to be very competitive.

So what about Nevada Republicans? Well, they finally gave us some news to talk about. Not only did Nevada GOP Chair Michael McDonald win reelection on Saturday, but the party also voted to deny rank-and-file Republicans the opportunity to vote in a caucus next year.

The jury’s still out over how “small-d democratic” the Nevada Democratic Caucus will be, but at least they’re having one.

Over the weekend, the pundits and insiders had plenty to talk about on the Democratic side. Two new multi-state polls (CBS/YouGov and ABC/Washington Post) show former Vice President Joe Biden stalling and U.S. Senator Elizabeth Warren (D-Massachusetts) rising, and CBS/YouGov also includes new Nevada-specific numbers showing U.S. Senator Bernie Sanders (I-Vermont) pulling ahead of Biden with Warren not too far behind those two (29% Sanders, 27% Biden, 18% Warren).

The few publicly released polls of potential Nevada Democratic caucus-goers haven’t agreed on who’s really leading the race. Sometimes it’s Biden, occasionally it’s Sanders, and Warren is either a distant third or a rising second behind one of those two. And for anyone who knows anything about how caucuses are run, we know these polls shine a light on where the candidates stand going into Caucus Day, but other factors (like who turns out and who’s the second choice of voters whose first picks fail to reach 15% viability) will ultimately determine who comes out of the caucus with the most delegates.

Those two questions are getting even more attention now, since the DNC rejected the Nevada and Iowa state parties’ proposal for a virtual (or phone-in) caucus and we’ve yet to see how exactly in-person early voting will take into account the multistep nature of the caucus system. Still, at least Nevada Democrats will have some opportunity to pick their candidate one way or another. Nevada Republicans, on the other hand, just had that opportunity taken away from them.

So what happened in Winnemucca on Saturday?

Going into the Nevada Republican Party convention in Winnemucca, most pundits and insiders were paying attention to the party chair election. Yet despite a vigorous challenge by Mesquite City Council Member Annie Black and a challenge by former Clark County GOP Chair Dave McKeon, incumbent Nevada GOP Chair Michael McDonald cruised to reelection by winning 205 of the 361 ballots (or 56.8%) cast by state party delegates.

However, that wasn’t the only important ballot cast by delegates. They also voted on a proposal that’s been circulating in other state Republican Parties, a proposal to cancel nominating contests and essentially automatically award President Donald Trump with all their respective Republican National Convention delegates. And following on the heels of the South Carolina and Kansas Republican Parties voting to do such, Nevada Republican Party delegates also voted to cancel their caucus and schedule a second vote just amongst state party delegates for RNC delegate allocation that Trump is virtually guaranteed to win.

Nevada GOP spokesman Keith Schipper preemptively defended this move by telling the Reno Gazette-Journal, “This is no different than what many states have done previously when an incumbent president is up for re-election.” Never mind that more recently, Nevada Republicans still held a caucus when President George W. Bush ran for reelection in 2004, and that Nevada Democrats still held a caucus when President Barack Obama ran for reelection in 2012. Oh, and never mind that unlike those two examples, where Bush and Obama ran with very little opposition within their respective parties, multiple challengers have emerged to run against Trump this cycle.

Remember when “anti-establishment” Trump complained about “the rigged system”?

Bill Weld (R) is a former Governor of Massachusetts, and Mark Sanford (R) is a former Governor of South Carolina. Joe Walsh (R-Illinois) and Mark Sanford both served in Congress. Weld may have crossed party lines to jump into the Libertarian ticket in 2016, but Trump hasn’t always been a loyal Republican either. Walsh and Sanford may have messy personal lives (to say the least), but Trump has never been known as a vanguard of moral character (really, far from it).

All three of these Republican challengers qualify as far more than “some dudes”, and Trump’s continually weak prospect for reelection is the kind that usually qualifies for a strong primary challenge (see Gerald Ford in 1976, Jimmy Carter in 1980, and George H.W. Bush in 1992). And yet, not only has Trump already faced little danger in losing his iron-clad grip over the Republican Party, but he and his allies have already moved to strengthen this iron-clad grip by cancelling nominating contests across the nation.

For all Trump’s past complaints against “the rigged system”, Trump and his allies have no problem “rigging the system” against his opponents. And for all his “anti-establishment” posturing, Trump has taken over the Republican Party establishment and now uses it to his advantage.

It may not be Friday, but let’s remember how freaky as f–k all this s–t is.

As we’ve discussed before, the Republican Party of 2019-20 now feels like a Freaky Friday sequel where up is down, right is left, and “the outsiders” are very much controlling everything deep inside that “deep state” they claim they hate so much. Joe Walsh’s campaign manager pointed this out on Twitter over the weekend. And while many of us saw this coming long before the Nevada Republican Party rushed this vote to deny rank-and-file Republicans the chance to vote, that doesn’t necessarily negate the point she’s making.

Just days before September 11, and just weeks after he led the chorus of attacks on sitting Members of Congress he falsely claimed had ties to terrorists, Trump tried to sneak in the Taliban and a Russian government delegation to Camp David to sign a secret Afghanistan peace deal. Both Vladimir Putin and the Taliban have long track records of loving autocracy and destroying democracy. Is Trump so enamored with blunt power and brute force that he ignores the warning signs and cozies up to the world’s worst tyrants?

I can already answer that question, but I’m asking it again for a critical reason: This isn’t “normal”, and we should never accept any of this as “normal politics”. Even as the Republican Party barrels ahead towards an automatic Trump re-nomination, conservative voters can and should demand a real chance to cast a real vote. After all, how can we say “we matter” if our votes don’t matter at all? 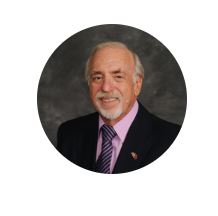 In the last two weeks, COVID-19 infections have rebounded across Nevada. Yet despite this uptick in infections, Governor Steve Sisolak (D) announced that the official event capacity cap will rise from
Read More

Nevada LegislatureNews and informationThe Economy
May 13, 20190832

After educators, parents, and students waited over three months for action, Democratic leaders have finally begun acting. On the Senate floor today, they introduced SB 543 that they say will begin fix
Read More