Mesquite to Moapa Democrats call on Annie Black to resign her seat in the Assembly for Nevada District 19.

Ms. Black’s participation in the seditionist rally and march to the U.S. Capitol in Washington, D.C. that led to its violent takeover disqualifies her as a representative in our democracy.

We call on Ms. Black to fully cooperate with any state or federal investigation as to her activities before, during and after this tragic event which led to the deaths of five people, including a Capitol Police Officer.  She states that she did not trespass upon Capitol grounds.

We further call on Ms. Black to denounce the speakers at the rally who incited mob violence.  This includes remarks made by Rudy Giuliani, Mo Brooks, Donald Trump Jr. and President Donald Trump.

The citizens in Assembly District 19 deserve a representative in Carson City who respects our laws and stands up for our democracy.  Ms. Black has proven she is not that person and should tender her resignation as our representative immediately.

Mesquite to Moapa Democrats is chartered by the Clark County Democratic Party. 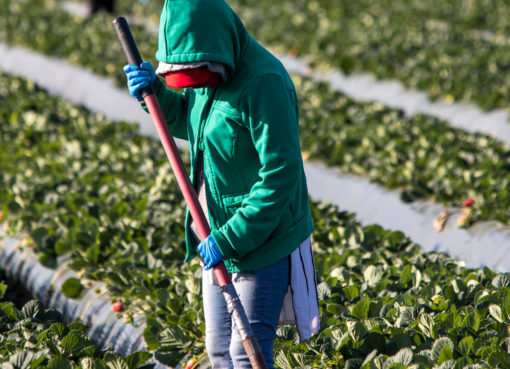 Remember Farm Workers During This Unusual Thanksgiving and Every Day

The Nevada Connection(s): How the Trump-Russia Scandal Hits Home

Are they or aren't they? Good luck trying to get a consistent answer from President Donald Trump. Over the past week, he’s struggled to reassure the nation that his government can handle any and all t
Read More