The Reporters Committee for Freedom of the Press (RCFP) recently received a grant from the John S. and James L. Knight Foundation to hire lawyers to provide pro bono legal support for journalists in up to five jurisdictions.

“In the face of mounting threats against our free press, it’s more important than ever that we equip newsrooms to overcome legal challenges they may face in bringing important stories to light,” said Bruce Brown, executive director of the Reporters Committee. “We feel truly inspired and empowered by the Knight Foundation’s ambitious commitment to supporting press freedom in communities nationwide.”

According to Richard Karpel,[i] the Nevada Press Association submitted a proposal to the RCFP on behalf of news organizations in Nevada. In his proposal he included a 2011 freedom of the press fight, Barbara Ellestad, then the owner of the on-line Mesquite (NV) Citizen Journal had with attorneys attempting to obtain her reporting records in their defense of individuals faced with civil and criminal charges in dealings they had with the Virgin Valley Water District.  The Judge in the case held that as an on-line reporter, she was covered by the Shield Law.

Ellestad closed her on-line site in 2014 and became a freelance reporter by the Battle Born Media’s (BBM) Mesquite Local News (MLN). She also became an elected member of the Virgin Valley Water District (VVWD). During her tenure on the Virgin Valley Water Board (VVWB) she wrote water related articles.  Concern about possible conflicts of interest between her reporting and her elected position promoted an ethics complaint against her. The Nevada Ethics Commission ruled that without a direct link showing public funding to her for her private sector reporting, the complaint could not stand.

In March 2018, the owners of Paradise Canyon dba The Wolf Creek Golf Club filed a civil suit against the Water District, contesting a 500 % increase in irrigation water needed to irrigate their golf course.

In April of that year, Ellestad resigned her position on the Water Board and, as a BBM-MLN reporter, immediately sent a request to the Water Districts asking for correspondence between the Board and individuals involved in the Wolf Creek Golf Course.

Since 2018, Ellestad has constantly spun her version of the Paradise Canyon vs. the VVWD issue while the attorneys for Paradise Canyon argued the rate change issue before Judge Timothy Williams, of the Eighth Judicial District Court in Las Vegas. In addition to the rate change issue, Paradise Canyon attorneys  raised concerns with Judge Williams that Jedediah (Bo) Bingham of Bingham Snow and Caldwell was using Ellestad and BBM-MLN to defame Wolf Creek. Further, the Paradise Canyon attorneys’ content that the VVWD legal team has committed “willful unlawful acts” with “ulterior motives” by submitting depositions from witnesses giving factually challenged testimony.

According to Ellestad, she was served with a subpoena in June for articles she had written on the Paradise Canyon-VVWD lawsuit. However, according to those close to the case, the subpoena was issued to depose her on issues associated with the time she served on the Water Board and had nothing to do with her press reporting.

Even if the Ellestad subpoena could be interpreted as delving into her legitimate reporting, that idea was quashed by Judge Williams during a hearing on September 25th.

During that hearing, Paradise Canyon attorney Matthew Neeland argued that there are “ulterior motives” behind Ellestad’s coverage of the trial. According to Neeland, “There’s been coordination with local media to run Wolf Creek down in the local press.

As my colleague Andrew Davey reported, Judge Williams was not going to dictate what attorneys say to the media. Further, the Judge left questions about the veracity of Bingham’s deposition up to a future jury.

According to Davey, Judge Williams indicated his discomfort with assigning truth and issuing judgments before all the facts can be compiled and presented to the jury. And when it came to the questions over Mesquite Local News ‘involvement in the case, Williams gave a stern defense of journalists’ First Amendment rights.

If that wasn’t clear enough, Williams added, “I can’t dictate what the media say. It’s the free press.” He not only admonished Neeland for demanding a ruling targeting Ellestad but also made clear to both sides, and they should never expect him to control the flow of information to the media. However, they see fit. Later, William’s reiterated this point in saying, “When it comes to the media, they have the right to know.”

If Ellestad does need an attorney, it would likely be Bingham or his associates who are paid with public Water District funds and who have provided legal services for other former members of the board subpoenaed in the Paradise case.

It is great that The Nevada Press Association and The RCFP would provide funds to hire lawyers to provide pro bono legal support for journalists.

But Ellestad’s involvement in this civil case concerns her activities on the Water Board and, as Judge Williams has said: “why should the courts even be concerned about information that gets disclosed to local media at any level? That’s a slippery slope,” and “If [attorneys are] giving documents to the media, why should we be concerned about it?”

[i] Richard Karpel is executive director of the Nevada Press Association and owner of Karpel Public Affairs.

What Will We Do About It, And Other Questions We’re Asking in Wake of Gilroy Shooting 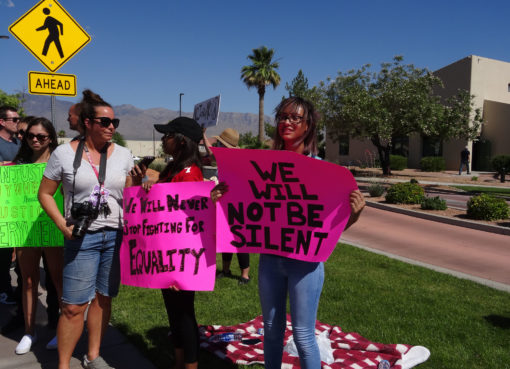 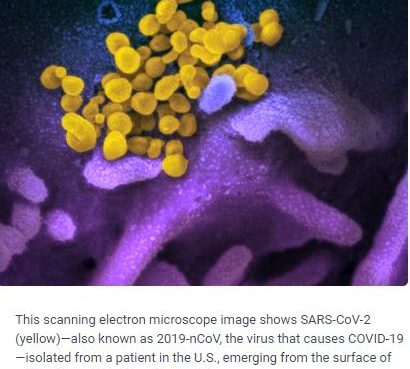 What To Do To Prepare For The COVID-19 (Coronavirus) Pandemic

From James Robb, MD FCAPDate: February 26, 2020 at 2:35:50 PM ESTSubject: What I am doing for the upcoming COVID-19 (coronavirus) pandemic. Dear Colleagues, As some of you may recall, when I was a pro
Read More